The Human Rights of Women

Numerous international and regional instruments have drawn attention to gender-related dimensions of human rights issues, the most important being the UN Convention on the Elimination of All Forms of Discrimination against Women (CEDAW), adopted in 1979 (see box).

In 1993, 45 years after the Universal Declaration of Human Rights was adopted, and eight years after CEDAW entered into force, the UN World Conference on Human Rights in Vienna confirmed that women’s rights were human rights. That this statement was even necessary is striking – women’s status as human beings entitled to rights should have never been in doubt. And yet this was a step forward in recognizing the rightful claims of one half of humanity, in identifying neglect of women’s rights as a human rights violation and in drawing attention to the relationship between gender and human rights violations.

CEDAW: The International Bill of Rights for Women
The Convention on the Elimination of All Forms of Discrimination Against Women defines the right of women to be free from discrimination and sets the core principles to protect this right. It establishes an agenda for national action to end discrimination, and provides the basis for achieving equality between men and women through ensuring women's equal access to, and equal opportunities in, political and public life as well as education, health and employment. CEDAW is the only human rights treaty that affirms the reproductive rights of women.
The Convention has been ratified by 180 states, making it one of the most ratified international treaties. State parties to the Convention must submit periodic reports on women’s status in their respective countries. CEDAW’s Optional Protocol establishes procedures for individual complaints on alleged violations of the Convention by State parties, as well as an inquiry procedure that allows the Committee to conduct inquiries into serious and systematic abuses of women's human rights in countries. So far the Protocol has been ratified by 71 States.

In 1994, the International Conference on Population and Development in Cairo (ICPD) articulated and affirmed the relationship between advancement and fulfilment of rights and gender equality and equity. It also clarified the concepts of women’s empowerment, gender equity, and reproductive health and rights. The Programme of Action of ICPD asserted that the empowerment and autonomy of women and the improvement of their political, social, economic and health status was a highly important end in itself as well as essential for the achievement of sustainable development. In 1995, the Fourth World Conference on Women in Beijing generated global commitments to advance a wider range of women’s rights. The inclusion of gender equality and women’s empowerment as one of the eight Millennium Development Goals was a reminder that many of those promises have yet to be kept. It also represents a critical opportunity to implement those promises.

In spite of these international agreements, the denial of women’s basic human rights is persistent and widespread. For instance:

While progress has been made in some areas, many of the challenges and obstacles identified in 1995 still remain. In addition, the new challenges for women’s empowerment and gender equality that have emerged over the past decade, such as the feminization of the AIDS epidemic, feminization of migration, and increasing of trafficking on women need to be more effectively addressed.

Anyone Can Stand Up for the Rights of Women
Any individual, non-governmental organization, group or network may submit communications (complaints/appeals/petitions) to the Commission on the Status of Women containing information relating to alleged violations of human rights that affect the status of women in any country in the world. The Commission on the Status of Women considers such communications as part of its annual programme of work in order to identify emerging trends and patterns of injustice and discriminatory practices against women for purposes of policy formulation and development of strategies for the promotion of gender equality.

In every region of the world, UNFPA is working to promote women’s rights and end discrimination against them. The Fund is increasingly involved in protecting the rights of women affected by conflict, and ensuring that women can have an active role in peacebuilding and reconstruction efforts. The Fund’s programming also addresses all 12 of the critical areas of concern identified at Beijing.

In many cases, UNFPA is able to multiply its effectiveness by supporting legislation that protects the rights of women, such as groundbreaking laws in Ecuador and Guatemala granting women the right to reproductive health care. In some cases, the Fund gets results by partnering with men as in Niger. The Fund also supports services for women who are victimized by various forms of gender-based violence. For instance, it supports help for women who are abused by their husbands in Afghanistan. It has helped establish a shelter for women who have been trafficked in the Republic of Moldova and funds a centre to help girls escape female genital mutilation in Tanzania.

The Human Rights of Women 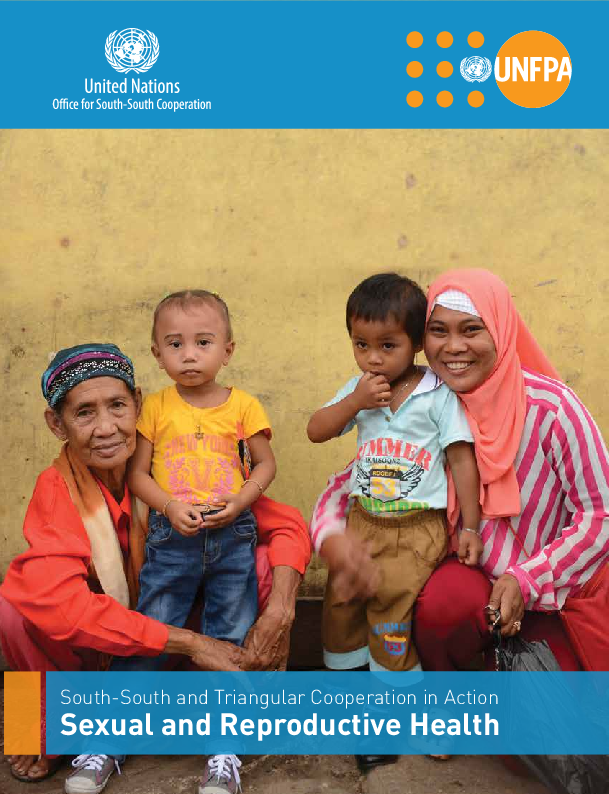 South-South and Triangular Cooperation In Action