​The UN Secretary General is on record as ​speaking to the importance of faith-based organizations in the realization of the Sustainable Development Goals, noting that ​they​ have a role to play​ in ​his​ policy of developing transformative multi-stakeholder partnerships over the coming five years.​ UNFPA is one of the oldest UN specialised agencies to engage with faith-based actors, convening them at the national, regional and global levels, since the Millennium. ​In 2010, UNFPA co-founded and chaired the UN Inter-Agency Task Force on Engaging with Faith-Based actors. Since then, this UN Task Force has annually convened these faith-based partners for a series of policy dialogues, together with donor governments, academics, development and humanitarian specialists from diverse regions and religions, around diverse human rights, development and peace and security-related issues.

This report focuses on the role of religious actors, and religious considerations in the SDG agenda, particularly as they pertain to gender equality, peaceful coexistence and security considerations. The perspectives, ideas and initiatives discussed in these pages bring together experiences and policy analysis shared from the different realities of donors, UN agencies and Faith-Based NGOs. The richness of these narratives both build on and inform current policy formulations which are required at a time when religion is often seen too flippantly as a 'problem' by secular institutions which also have a legacy of partnerships as yet under appreciated. 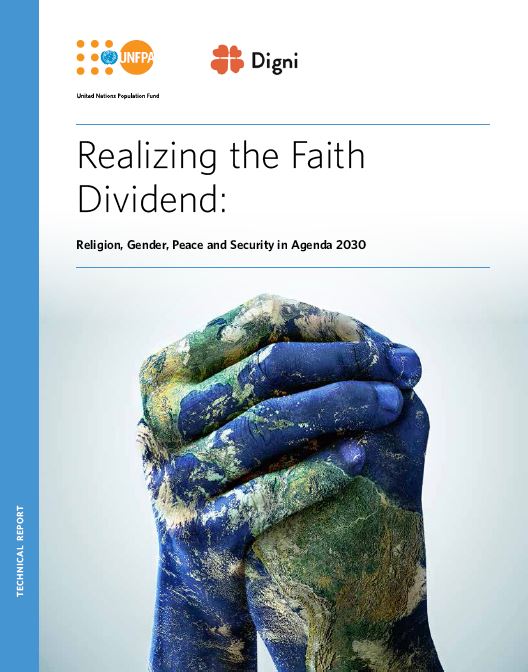