UNITED NATIONS, New York – Reproductive rights and choices have become a reality for more women than ever, says UNFPA’s flagship report, State of World Population 2019, released today. Yet despite these gains, vast numbers of women around the world are not empowered to make fundamental decisions about their own bodies.

UNFPA’s report publishes, for the first time, data on women’s ability to make decisions over three key areas: sexual intercourse with their partner, contraception use and health care.

Across the 51 countries where this information is available, only 57 per cent of women who are married or in a relationship are able to make their own choices over all three areas.

Women’s sexual and reproductive autonomy was greatest in two countries: the Philippines and Ukraine, where 81 per cent of women are empowered to make these decisions for themselves.

It was lowest in three countries: Mali, Niger and Senegal. In these countries, only 7 per cent of women are able to make their own choices over all three areas.

“We still have a long way to go before all women and girls have the power and the means to govern their own bodies and make informed decisions about their sexual and reproductive health,” said UNFPA Executive Director Dr. Natalia Kanem.

A story of progress

As dire as the statistics may seem, they represent massive progress in the long history of reproductive health and rights, says the new report, which is titled “Unfinished business: The pursuit of rights and choices for all.”

It was only in 1968 that leaders affirmed, for the first time in a global declaration, that individuals had the right to “determine freely and responsibly the number and the spacing of their children.”

Increasing numbers of people were able to exercise this right as family planning methods became more accessible and reliable.

And as women grew empowered to make their own reproductive choices, a wide range of benefits accrued to their health and economic well-being.

Then 25 years ago, at the International Conference on Population and Development (ICPD), governments of the world adopted a revolutionary agreement calling for women’s reproductive health and rights to take centre stage in development efforts.

Since then, access to voluntary family planning has expanded around the world. In 1994, at the ICPD, 52 per cent of women used modern contraceptives, compared to 58 per cent today.

Access to reproductive health services has improved, too. The number of women who die from pregnancy-related causes has dropped from 369 per 100,000 live births in 1994 to 216 in 2015.

But these gains are not enough.

Marginalized groups, in particular, face some of the highest unmet need for sexual and reproductive health services, the report says. These include ethnic minorities, youth, unmarried people, lesbian, gay, bisexual and intersex people, people with disabilities, and those living in poverty.

And in some circumstances, people are even losing access to the services they need to exercise their reproductive rights.

“We must push back against forces that would see us return to a time when women had little say in reproductive decisions or, for that matter, in any area of their lives,” said Dr. Kanem. “The fight for rights and choices must continue until they are a reality for all.”

The road to Nairobi

This year, a quarter century after the landmark ICPD agreement, the world must redouble its efforts to secure the reproductive health and rights of all people.

In November, the Government of Kenya, the Government of Denmark and UNFPA will convene a high-level conference in Nairobi urging leaders, governments and a wide range of partners to re-commit to realizing rights and choices for all.

“The Nairobi Summit will help us rally a broad coalition of stakeholders to protect the gains made and advance the ICPD agenda,” said Dr. Kanem, “to ensure that no one is left behind.” 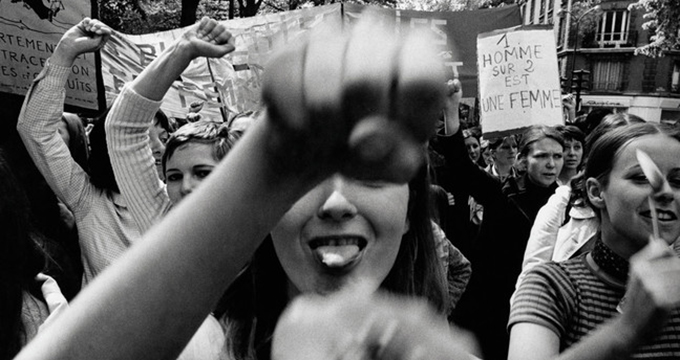 Statement at the launch of The State of World Population 2022

UNFPA Executive Director Dr. Natalia Kanem’s Message at the launch of The State…