MANABI, Ecuador – After her home was destroyed on 16 April, by the first, and largest, of the three devastating earthquakes to hit Ecuador in the span of one month, Jeanette Reyes, age 29, couldn’t take long to mourn the destruction of her possessions.

She had to get her three kids, ages 4, 7 and 8, to a makeshift shelter at a church in her town in Manabi, a coastal province in the eastern part of the country, before nightfall.

The family stayed in the shelter for over two weeks, before moving into a homemade tent behind the rubble of their former home. Today, they don’t know how long it will be before they can find more permanent lodgings, and Jeanette also remains unsure when she will be able to return to her job as a day labourer at a local papaya plantation.

Amidst the uncertainty, her concern about her family’s future is mounting. However, to her relief, she has been able to continue making regular visits to the nearby UNFPA-supported Jama Health Centre to receive contraceptives. “It couldn’t come at a worse time,” she says of the possibility of new pregnancy.

But in other parts of the country, April’s destructive 7.8-magnitude earthquake and its two May aftershocks left many health facilities inoperable and roads impassable—and many women and girls unable to access critical sexual and reproductive health supplies. And in the two provinces most-impacted by the quakes, Manabi and Esmeraldas, there are approximately 20,000 pregnant women currently in need of care. 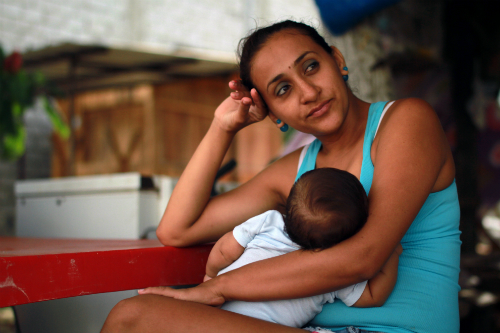 An estimated 20,000 pregnant women are currenly in need of care in the regions most impacted by the quakes. © UNFPA Ecuador/David Lasso

The toll of instability on women and girls

The earthquakes are the worst natural disaster to hit this nation of 16.1 million in nearly seven decades – with an estimated 750,000 people impacted, over 6,000 injured and nearly 700 killed.

In emergency situations, women and girls are often cut off from health care, as their exposure to trauma, malnutrition and disease increases. As a result, they are much more likely to suffer complications during pregnancy, and today, 3 in 5 maternal deaths globally occur in disaster and fragile settings.

Globally, sexual and gender-based violence often spikes during the chaos, strain and instability of humanitarian emergencies. In the areas of Ecuador most impacted by the quakes, 52 per cent of women reported experiencing gender-based violence, even before the recent emergency and elevated risk.

“In all regions, women continue to get pregnant and have babies during crises and emergencies. Violence often increases as health and other social services are disrupted,” say UNFPA Executive Director, Dr. Babatunde Osotimehin. “The health and rights of women and adolescents should not be treated like an afterthought in humanitarian response.”

In addition, like Jeanette, many displaced women and girls in Ecuador are living in tents and makeshift temporary shelters, where they are highly vulnerable to bites from mosquitos that may be carrying Zika virus, which has been documented in the country. Babies born to mothers infected with Zika virus have increased chances of developing microcephaly and other potentially dangerous conditions. And it is critical for all women in Zika-affected areas to have access to contraceptives and family planning information.

Providing services amidst the rubble 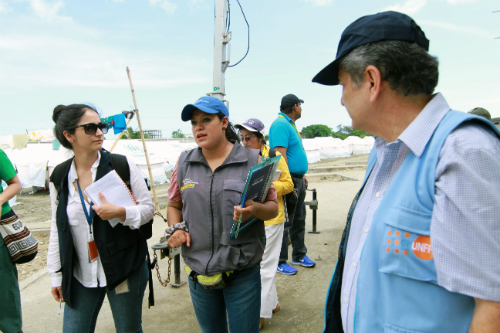 UNFPA is working with the Ministry of Health to ensure that contraceptives, maternal medical supplies, information about Zika virus and kits to treat and prevent gender-based violence make it even into the hardest-to-reach parts of the country—no matter the condition of the roads. The Fund is also helping transport medical professionals, so structurally intact hospitals have enough staff to keep their doors open.

Bryan and Kimberly, both age 17, are expecting their first child in two months. Before the April quake hit, they were enrolled in school, and Bryan was also working on his father’s small farm. Now, the couple remain unsure what the future will bring or how they will support their new family.

Sitting outside the entrance of the tent where they are currently living and looking at Kimberly nervously, Bryan says, “We don’t have anywhere to go or anything to do.” But with the baby about to be born, they both agree they are happy that they do know about at least one place they can go: A nearby clinic stocked with UNFPA medical supplies.