SELIBABI, Mauritania – "I refused to marry off my daughter for a simple, good reason: I want my daughter to be empowered,” said Lemeima mint El Hadrami, 49. "I don't want her to go through the same difficulties I did when I was young."

Ms. El Hadrami was married when she was only 13.

As is often the case for child brides, she became pregnant in adolescence and was forced to drop out of school. She had two daughters, both following difficult pregnancies. Then her husband left them.

"Back then, people didn't know that child marriage was harmful to a girl's health. It was a common practice for us," she recalled. Ms. El Hadrami is from Selibabi in southeastern Mauritania, a country where 37 per cent of girls are married off by age 18.

Ending child marriage in Mauritania and other countries in the Sahel, where the median age women and girls marry is 16.6, calls for a change in society’s unwritten rules governing the practice. This means getting buy-in from religious and community leaders on a whole host of related issues, including gender discrimination and ending gender-based violence.

UNFPA is working with partners to help raise awareness of the cascading harms caused by child marriage – from school discontinuation to higher maternal health risks and poorer long-term outcomes for girls and their families.

“An immature girl cannot bear a child because she herself is still a child whose body is not ready to carry a baby,” said Telmidy, the imam of the Kuba Mosque in Selibabi, Stressing that many adolescent girls in his communities have died for that reason alone.

Telmidy is one of 200 religious and community leaders mobilized across Mauritania by the Sahel Women’s Empowerment and Demographic Dividend (SWEDD) project, a collaboration between UNFPA and others, to show that child marriage is in fact haram, or forbidden by Islam.

“Early marriage is a complex issue and we have addressed it in a manner that respects Islam,” he said. “Islam protects the dignity of men and women.”

Telmidy and his fellow imams want to be agents of change. “We discuss and share our knowledge of Islam and our experience by going door to door or during Friday prayers and people are starting to understand and respond.”

“I was really moved by the messages on the radio”

The SWEDD project is financed by the World Bank and implemented by the governments of Benin, Burkina Faso, Chad, Côte d’Ivoire, Mali, Mauritania and Niger, with technical support from UNFPA.

In addition to working with religious leaders, the project shares messages on girls’ empowerment through a popular radio programme.

“I was really moved by the messages on the radio,” Ms. El Hadrami said. “I do not want my daughter to experience the same difficulties that I did. I would like her to go as far as possible in her studies, to have a good job – a job that will allow her to enjoy a decent standard of living. She could become a minister, a doctor or a midwife.”

The radio messages work in concert with the faith-based outreach efforts.

“The recommendations and guidelines broadcast on the radio are very important, especially because they are supported by religious beliefs,” said Telmidy. “People must listen to the radio to be informed.”

“Some people are wedded to traditional customs”

The imams have reached around 370,000 people in rural Mauritania with training sessions on the dangers of child marriage. UNFPA is also helping the national network of Islamic scholars to learn about sexual and reproductive health issues, including not only related child marriage concerns, but also the benefits of birth spacing, and the importance of ending gender-based violence and female genital mutilation.

“Islam is a religion that honours human beings. Any action that harms an individual's physical or mental health is therefore forbidden,” said Hademine Saleck Ely, an imam from the Central Mosque of Nouakchott. “But some people are wedded to traditional practices and do not understand the danger of these customs.”

Telmidy pointed out that acquiring knowledge is compulsory for all Muslims: “The Qur'an shows that a father has a responsibility to educate his daughters and protect them, and that he must delay their marriage until they turn 18... He must also allow them to earn a living, that is their right."

“We must assume our responsibilities and fulfill our mission to share our knowledge with the community,” he added.

A version of this story was first published at www.worldbank.org. 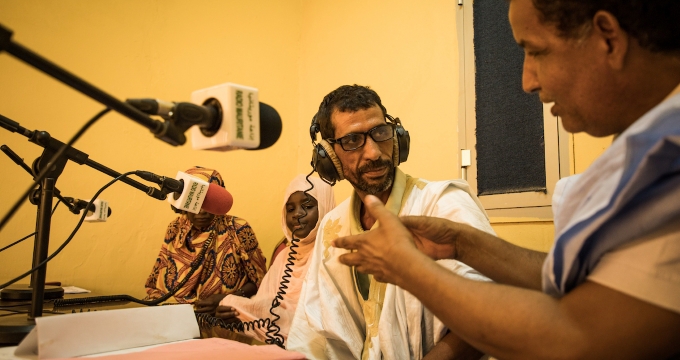 Three girls, three stories: The perils of child marriage and the promise of…

Evolution in the Evidence Base on Child Marriage 2000-2019