COX’S BAZAR/DHAKA, Bangladesh – ”I have never been loved or respected by anyone in my life except a few early years by my mother,” said Shohan Hijra, a transgender woman living in Dhaka who left her family when she was 11.

Her experience is not exceptional in this country, where despite the fact that transgender people – locally known as “hijra” – are legally recognized as “third gender,” discrimination, harassment and violence run rampant. One person showed UNFPA a cut on her hand inflicted by locals; another’s hair had been chopped off. Stigma against persons living with HIV and AIDS and higher-risk populations poses a barrier for accessing health services, especially for the transgender and gender-diverse community.

Sexual and reproductive health and rights and HIV prevention

In recent years, UNFPA has worked to ensure the sexual and reproductive health and rights (SRHR) of such populations in this largely conservative country. In the southeast coastal city of Cox’s Bazar, for example, which shelters over 1 million Rohingya refugees living alongside Bangladeshi host communities, the agency implemented a programme that integrated SRHR and HIV prevention and treatment through a wellness centre in partnership with Bandhu Social Welfare Society and funded by Global Affairs of Canada.

For an ostracized community often already living hand-to-mouth, a natural disaster can heighten daily living challenges. After last summer’s monsoon floods in northern Bangladesh, groups of transgender individuals were displaced and dispersed, unable to take refuge in shelters that shunned them. Earning a living had been curtailed by COVID-19 so they could not buy essentials. As part of relief efforts, UNFPA distributed 5,900 dignity kits with such essentials to women and transgender people in three flood-affected districts, the first time dignity kits were specifically designed to meet third gender needs. Kajli, a transgender woman who did not have an income or a proper place to live because of the flooding, received a tailored dignity kit. “My only hope is that interventions like this can change the way society thinks and can help include us into the mainstream,” she said.

This year, UNFPA and Bandhu started a wide-ranging programme, funded by UNAIDS, targeting 1,300 young transgender and gender-diverse populations in Dhaka, Sylhet, Khulna, Chittagong and Mymensingh cities, which in addition to HIV self-testing, focuses on treatment, care and support for people living with HIV, education and awareness and access to information and services. Before the project, third gender individuals could only be tested at a government hospital after being referred by a service centre. Now they can get tested at the centre itself; those testing positive will be referred to the hospital for treatment, and the programme will try to trace their partners for testing, too.

Programme participant Shohan, now 21, has found acceptance in a group of other transgender and gender-diverse people. She’s also found a partner: “Amidst the frustration, Arif came into my life with love and affection. I don’t know the fate of this relationship, but for now I am very happy.” 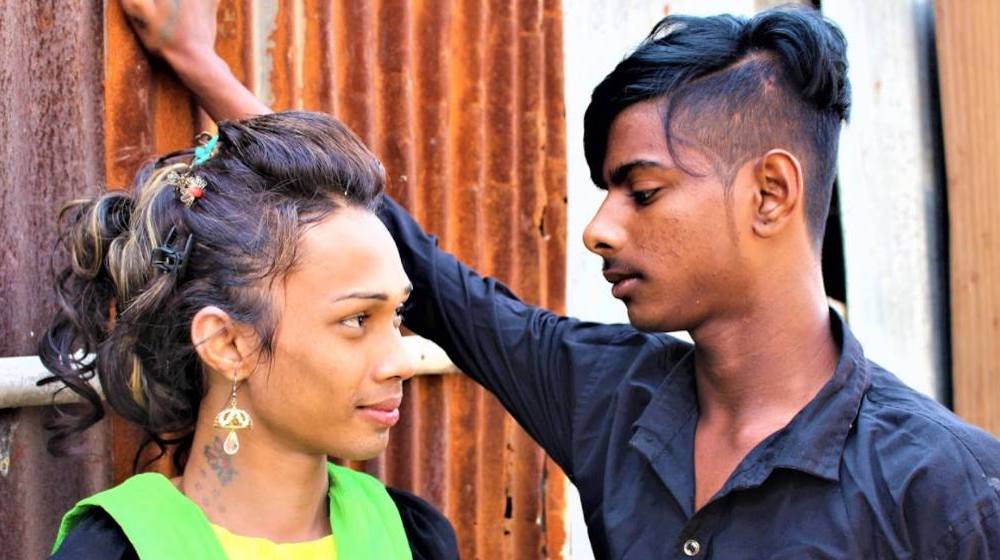