Last year, key populations – who including men who have sex with men, transgender people, sex workers and people who inject drugs – and their sexual partners accounted for 62 per cent of all new adult HIV infections. But programmes targeting key populations receive just around 2 per cent of HIV funding, a recent Aidsfonds report found.

This situation could worsen as the COVID-19 virus spreads and resources are diverted away from HIV programmes.

“While the two viruses differ in many ways, the parallels between them reflect the vulnerabilities that these viruses exploit, passing most readily to marginalized groups without access to services, information or protective equipment,” UNFPA Executive Director Dr. Natalia Kanem said in her statement for World AIDS Day.

Key populations have also been disproportionately affected by the broader fallout of the pandemic: Preliminary information from a UNFPA assessment in the East and Southern Africa region found that sex workers – who already have very high rates of HIV prevalence – are enduring economic losses, increased risk of violence, and reduced access to HIV prevention and treatment services.

“Sex workers are left helpless with no income,” an advocate for sex workers’ rights told UNFPA in Uganda.

A pandemic within a pandemic

The COVID-19 pandemic comes atop the decades-running HIV pandemic, which remains a massive threat to life, health and welfare throughout the world, and particularly among marginalized groups. In 2019, some 1.7 million people acquired HIV, and 690,000 died from AIDS-related illnesses, according to recent UNAIDS figures.

Meanwhile, COVID-19 lockdowns, curfews and other restrictions are causing severe income losses for sex workers.  “COVID-19 came as a surprise – to everyone, but mostly for sex workers, as a majority live on daily wages,” an advocate in Eswatini said.

But because their work is highly stigmatized, informal and, in many places, criminalized, sex workers report they are often excluded from social protection schemes and other relief efforts.

Some found their ability to advocate for safer sex practices has diminished.

“Female sex workers have not been able to negotiate terms for sex because they are afraid of losing clients, but have engaged in sex without condoms just to have money,” said one participant in the UNFPA assessment, which is due to be finalized next year.

And many sex workers have found themselves increasingly vulnerable to violence and discrimination.

“Police harassment…was high due to the fact that most police know these sex workers and where they stay. They were followed to their places and police will demand either money or sex,” said another participant in the study.

They have even been blamed for spreading COVID-19.

“There have been remarks: ‘Don’t bring your corona here,’ when sex workers have gone to clinics,” said a respondent from South Africa.

Vital health services have also been interrupted, including community-based HIV-prevention and treatment services. In some places, even people providing HIV services to key populations have been attacked or stigmatized.

“We started outreach activities,” one advocate said. “We were trying to go where sex workers are living. But the police came and beat up the peer educators.”

All people deserve access to the highest available quality of sexual and reproductive health services, including HIV prevention and treatment. UNFPA is working with partners around the world to reach all key populations with life-saving information and services.

In Indonesia, for instance, UNFPA is partnering with a national network of sex workers to assess their access to HIV testing and treatment.

In Eastern Europe and Central Asia, a regional hotline offers information and services to people living with HIV and key populations affected by COVID-19.

And in Guatemala, UNFPA supports the transgender advocacy organization OTRANS in reaching key populations with information and care.

Still, there remains a great deal of work to do.

“We must demolish the stigma, discrimination and marginalization that key populations confront in the battle against HIV,” Dr. Kanem said. “They have the right to protect and care for themselves on an equal footing with everyone else.” 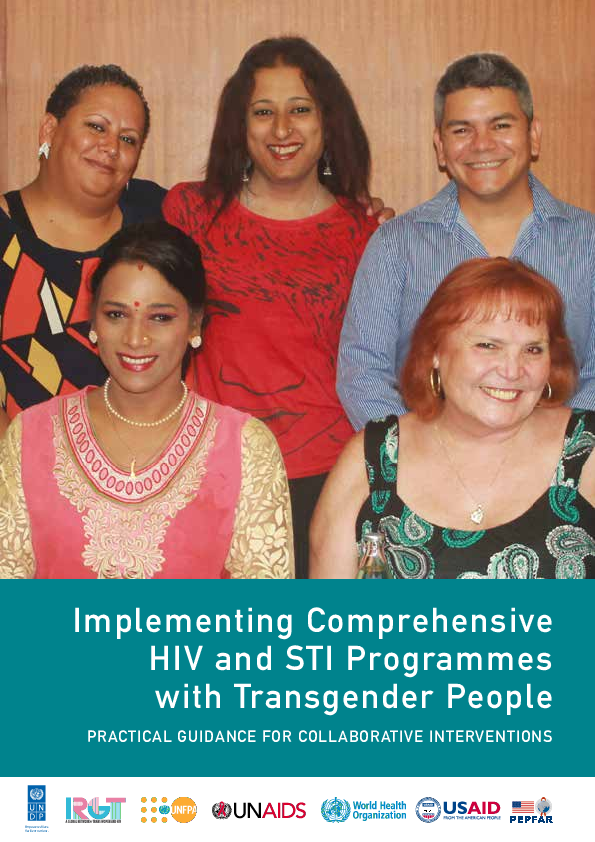