UNITED NATIONS, New York – More than 150 million. This is the number of girls who could become child brides by 2030 if the world does not act decisively to end child marriage. On average, tens of thousands of girls are married off every day – violating their rights, exposing them to potential violence, threatening their health and lives.

It does not have to be this way. Programmes to end child marriage are making a difference, preventing underage marriages and freeing children from unwanted unions. If these efforts are accelerated, the future could look very different.

This Valentine’s Day, UNFPA is exploring what happens when girls are emboldened to say “I don’t” to child marriage. Girls and women around the world share their stories about witnessing, experiencing and even rejecting child marriage – and how it changed their fates forever.

Child marriage is the toxic product of poverty and gender inequality. Many families believe marriage will secure their daughters’ future – but in fact, it often derails their prospects, pushing them out of school and into underage motherhood.

“In my home town, many girls are forced to early marriage. Their parents tend to think that girls have no future if they do not marry,” said Hayat Outemma, in Imilchil, Morocco. She avoided early marriage, and now, as a teacher, she is trying to change these perceptions.

Child marriage was similarly an expectation in Maria’s hometown in Mexico. “My mom married when she was a teenager. She was forced to do so along with many other teenagers, because it is a social custom.”

When Maria refused to marry early, she was stigmatized – but liberated. “I was dismissed from my community. However, I had the opportunity to attend and graduate from college… All girls deserve to be free and to have access to the same opportunities.”

Child marriage is a global phenomenon, affecting girls across communities and religions.

In Tetritskaro, Georgia, Chinara Kojaeva told UNFPA about being engaged against her will at age 15. Ms. Kojaeva refused the arrangement. “I contacted police, and later my parents promised me they would allow me to receive an education and not marry me off until I turned 18.”

But two years later, they again tried to force her to marry. “I cried constantly, but no one listened to me,” she recalled. Finally, she told a teacher, a journalist and the public defender’s office – and authorities helped her move into a shelter. “I started new life here,” she said.

And Jada, in the United States, was threatened with forced child marriage at age 12. She escaped after seeking help from the Tahirih Justice Centre, a rights group. “I have accomplished amazing things not having married early,” said Jada, now 17. “I followed my dreams of being a dancer.”

Child marriage leaves girls extremely vulnerable. They are often married to much older spouses, and are less able to advocate for their needs and rights. They may even face violence.

But when girls are empowered and supported, they can escape these dire circumstances.

When Chipasha, in Zambia, was 15, her father arranged for her to marry a man 20 years older. “My husband abused me,” she said, “even when I was pregnant with his child.”

But when she began visiting a safe space, supported through the UNFPA-UNICEF Global Programme to End Child Marriage, she learned about her rights. “Despite resistance from my husband, I was determined to take action to fulfil my dreams. I re-enrolled at a local secondary school… With the help of our mentor, I finally moved out of my abusive marriage, together with my baby.”

She went on to graduate at the top of her class and receive a full scholarship to university.

“Girls who marry are not only denied their childhood, they are often socially isolated – cut off from their family and friends. They often drop out of school, have children before they’re ready and even experience violence at the hands of their husbands," said Penny Mordaunt, Secretary of State for the United Kingdom's Department for International Development. The UK is a major supporter of the UNFPA-UNICEF Global Programme.

In 2017, the programme reached 1 million girls and 4 million community members with information and services to end child marriage.

Everything changes when girls learn there is a brighter future available to them.

When Amal Elsado was a girl in Raqqa, Syria, she was determined to stay in school. “If I hadn’t completed my education, my family would have married me off,” she told UNFPA in Turkey, where she is now living as a refugee.

She went on to university, then got a job. “With great pride and joy, I worked as a primary school teacher… By not getting married at that very early age, I can say now that I saved myself.” 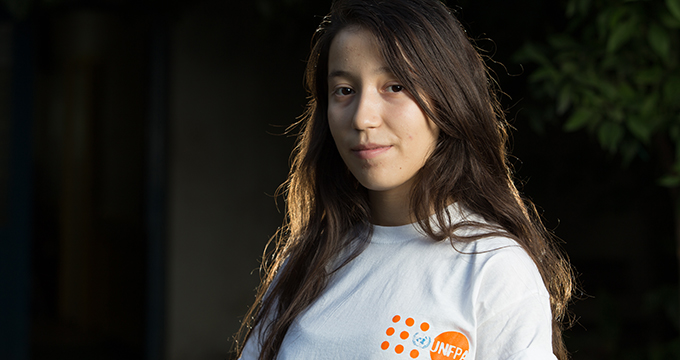 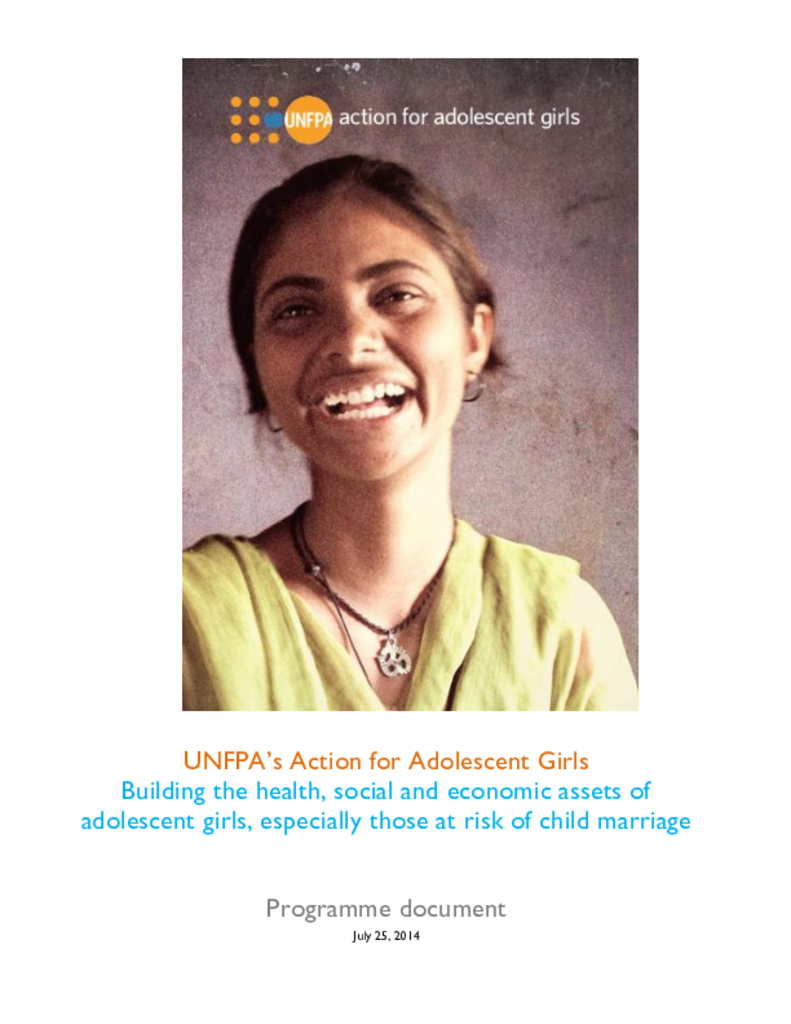