Ensuring safe deliveries in a humanitarian crisis in Maguindanao

Maguindanao, Philippines – Suraida Taguy, 30, was nine months pregnant in July, when conflict displaced her and her family from their village in Maguindanao Province in the southern Philippines. When she went into labour, she was rushed from their evacuation centre to a nearby health facility where she safely gave birth to her sixth child.

“Armed conflict is a part of our lives,” Ms. Taguy later told UNFPA.

Despite the hardship, she knows things could have been much worse. She previously lost two children during childbirth.

Today, Ms. Taguy and her newborn baby are healthy.

When crisis strikes during pregnancy

The ongoing conflict has affected over 20,000 families in the four provinces of Maguindanao, Lanao del Sur, Sulu and Basilan, according to the latest update from the Bangsamoro Autonomous Region in Muslim Mindanao (BARMM) Ministry of Social Services. This includes many women in need of maternal health services.

UNFPA estimates that there could be as many as 1,800 pregnant women among the displaced, with around 600 expected to deliver in the next three months. More than 1,100 women are thought to have given birth in the last six months.

“It’s really an ordeal what pregnant and lactating women go through in these emergencies. As the displacement continues, they face life-threatening complications," she said. "Keeping them safe is what I care about."

In partnership with the BARMM Ministry of Health and with assistance from the Australian Government, UNFPA has provided 1,800 clean delivery kits that contain sterile supplies such as razors, plastic sheeting, gloves and other essential items to assist safe births.

“These clean delivery kits have been a great help in decreasing incidences of infection during deliveries to mothers and their babies,” explained Dr. Samama.

In addition, UNFPA and Australia  also provided medical equipment, including resuscitators, forceps and stethoscopes, to midwives, nurses and doctors.

But addressing the humanitarian crisis is not enough, Dr. Samama said.

The community and partners also need to focus on preparedness – including pre-positioning life-saving supplies as part of disaster risk reduction efforts – as well as building resilience and strengthening health systems. Development needs are intertwined with the region’s peacebuilding and humanitarian needs.

There has nevertheless been progress, giving health officials like Dr. Samama optimism for the future.

“We are aiming for zero maternal deaths in the years to come,” she said. 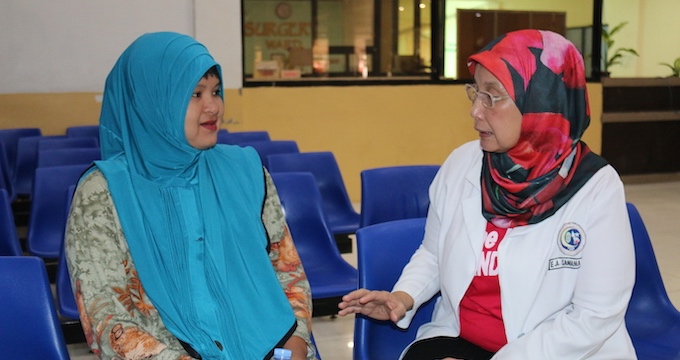 Ensuring safe deliveries in a humanitarian crisis in Maguindanao