The day comes more than a century after UNIA’s first international convention closed on 31 August 1920 at Liberty Hall in New York’s Harlem neighbourhood. The month-long gathering on human rights was led by UNIA founder and first president-general Marcus Garvey. It also comes midway through the International Decade for People of African Descent, which focuses on recognition, justice and development.

To commemorate the day, which focuses on rights and choices and leaving no one behind, UNFPA will participate in a series of events from 31 August to 4 September in San José and Cahuita, Costa Rica. UNFPA Executive Director Dr. Natalia Kanem will deliver a special message for the opening ceremony on 31 August and speak at the closing ceremony on 4 September, which will feature a Drum Dialogue. In addition, Dr. Kanem will host "Global Leaders Dialogue: People of African Descent – A Journey Towards Equality" from Panama planned for 9 September.

As the Universal Declaration of Human Rights proclaims, all human beings are born free and equal in dignity and human rights. The ugliest chapters of human history have shown what happens when those rights are denied and violated. To this day, such abominations continue around the world. Our work does not stop until those chapters come to a necessary end. 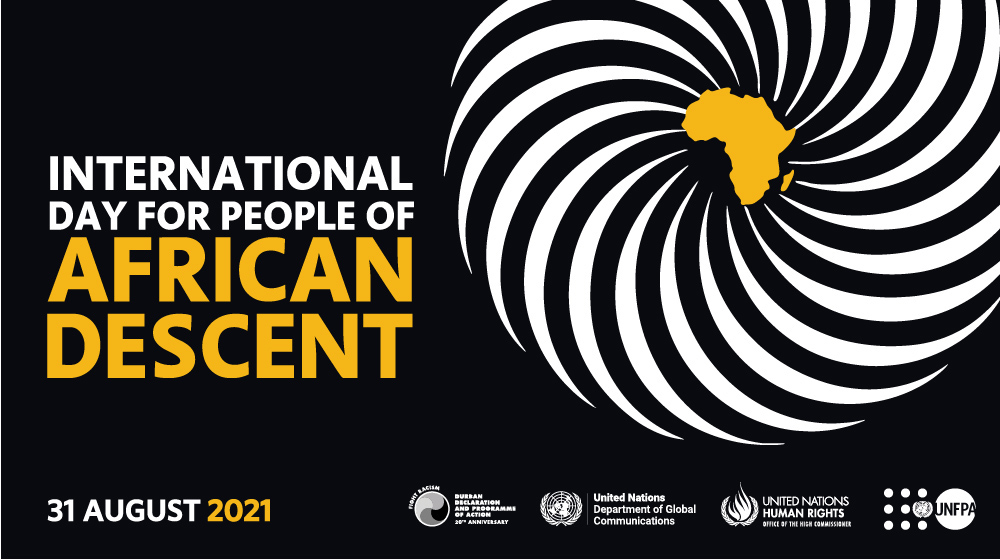