“There is no day that I will be cut.”

Female genital mutilation thrives on myths, discrimination & coercion. Find out what it takes to overcome them and #EndFGM: unfpa.org/EndFGM 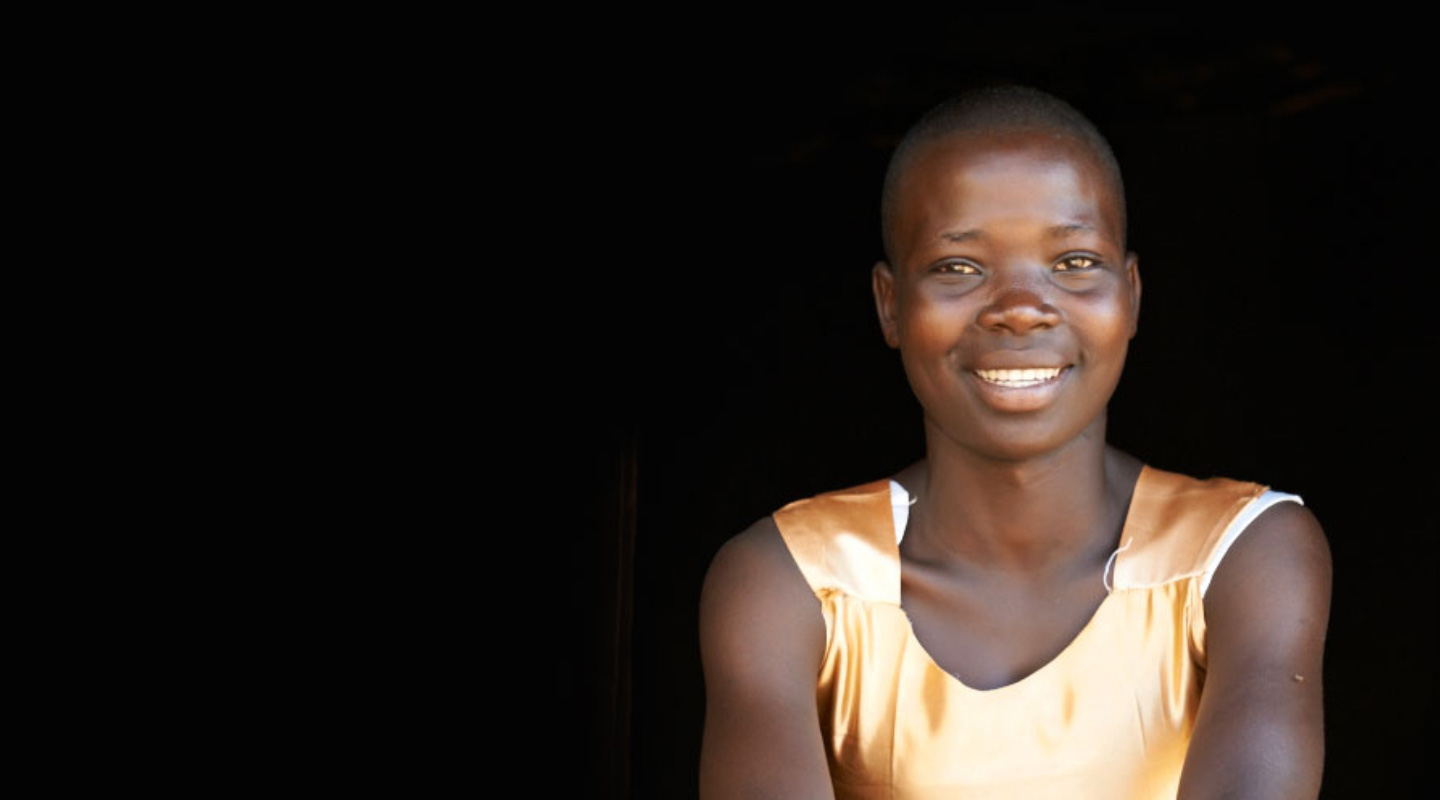 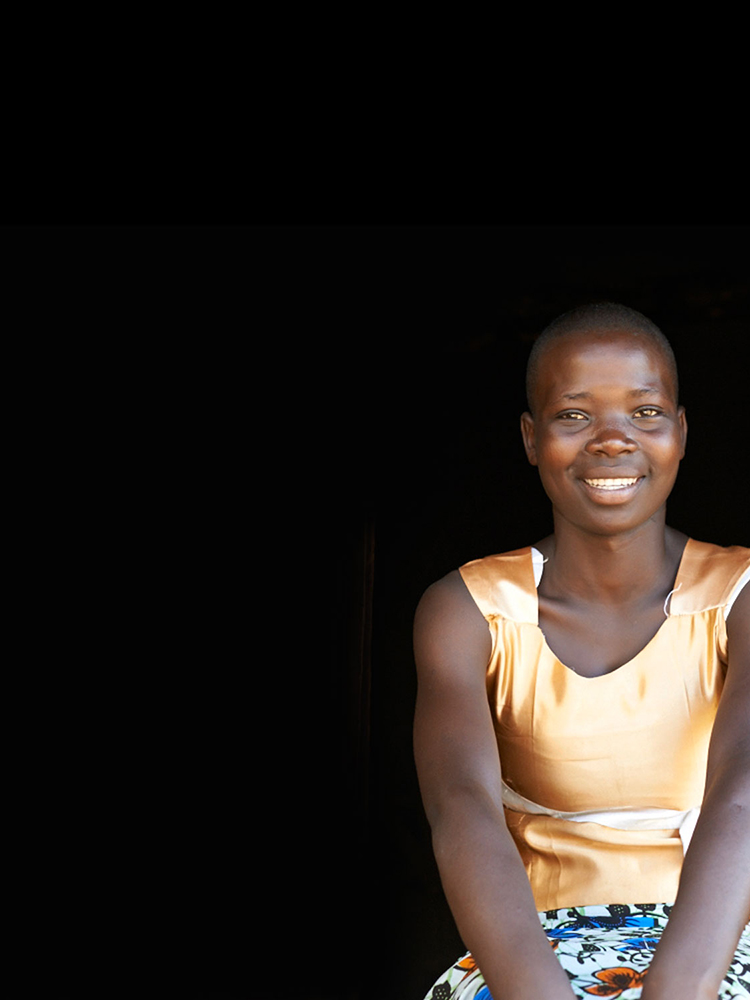 “Some years back, my parents talked to me about female genital mutilation,” says 15-year-old Tabitha. “They told me about the harmful effects and I accepted, and I said that there is no day that I will be cut.”

“I will continue and finish my education,” she adds, “and fight for the rights of girls, so that they do not undergo FGM.”

Moises and Susana stood firm in supporting their daughter to stay in school and participate in alternative rites of passage that kept her body intact – even under enormous social pressure to have her cut.

Initially, they stood alone – so much so that Tabitha was taken from her home by other community members who intended to subject her to female genital mutilation. But her parents and their pastor rescued her before she was harmed.

And with time, the consensus in their community shifted to make it safe for Tabitha and other girls – as more and more people agreed that female genital mutilation was harmful and should be stopped.

The social norms that uphold female genital mutilation are not fixed. They can be undercut and replaced – and where being uncut was once stigmatized, it is reframed as being healthy and whole.

Most families who subject their daughters to female genital mutilation do so with worthy intentions – to ward off stigma, offer better marriage prospects, or fulfill religious obligations. But when the whole community collectively decides to abandon the practice, no single girl or family is disadvantaged by the decision.

Collective abandonment by communities is the key to eliminating female genital mutilation. It starts with dialogue. The whole community deliberates on values and rights – and ultimately chooses to end the practice. 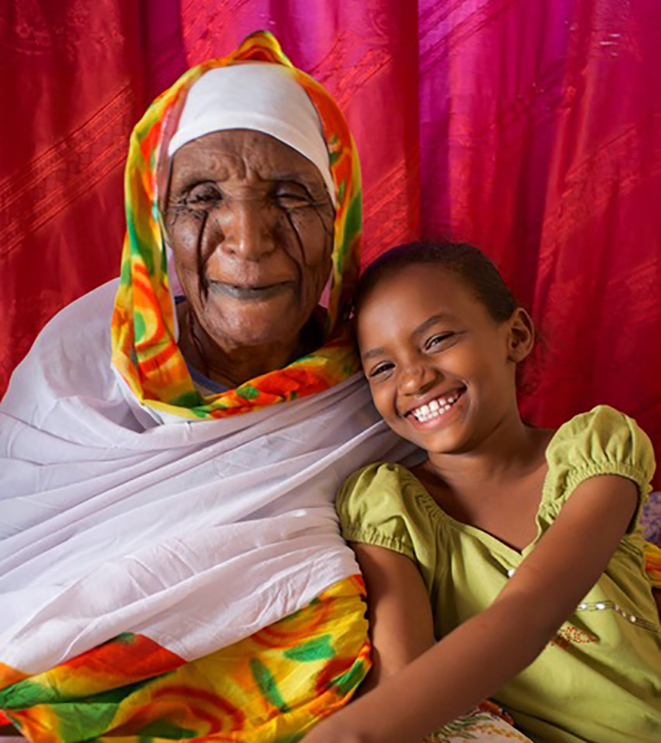 On Sudan’s Tutti Island, grandmothers like Khaltoum Hamid (left, with her granddaughter) were key to the community’s abandonment of female genital mutilation. And their own transformation from advocates of the practice to agents of change started with discussions over coffee. © UNFPA Sudan/Tutti Initiative 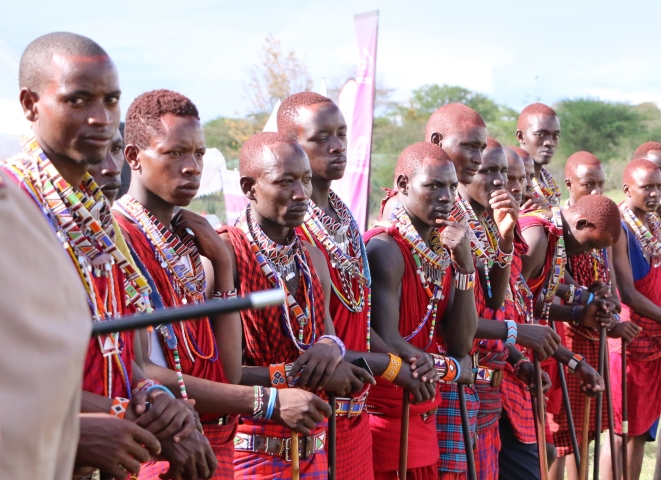 Maasai morans (warriors) join a public declaration to abandon female genital mutilation in Kajiado County, Kenya. Considered guardians of culture and leaders of the community’s young men, the morans are traditionally conservative – but where they have been won over to the cause of abandonment, their support adds much weight. © UNFPA Kenya/Douglas Waudo

Change comes from the bottom up and the top down.

Laws banning the practice can help shift attitudes and lend support to those who resolve to abandon female genital mutilation. But they won’t succeed on their own – they need to be enforced. And they can have unintended consequences, as girls may be cut at a younger age or taken across borders to undergo the procedure.

Interventions that create a web of reinforcing protections are key. Local media can galvanize public opinion against female genital mutilation and strengthen law enforcement – and social media can spread the message and connect advocates. Support from advocacy groups, monitoring agencies and the international community can bolster political will, building momentum to end female genital mutilation. 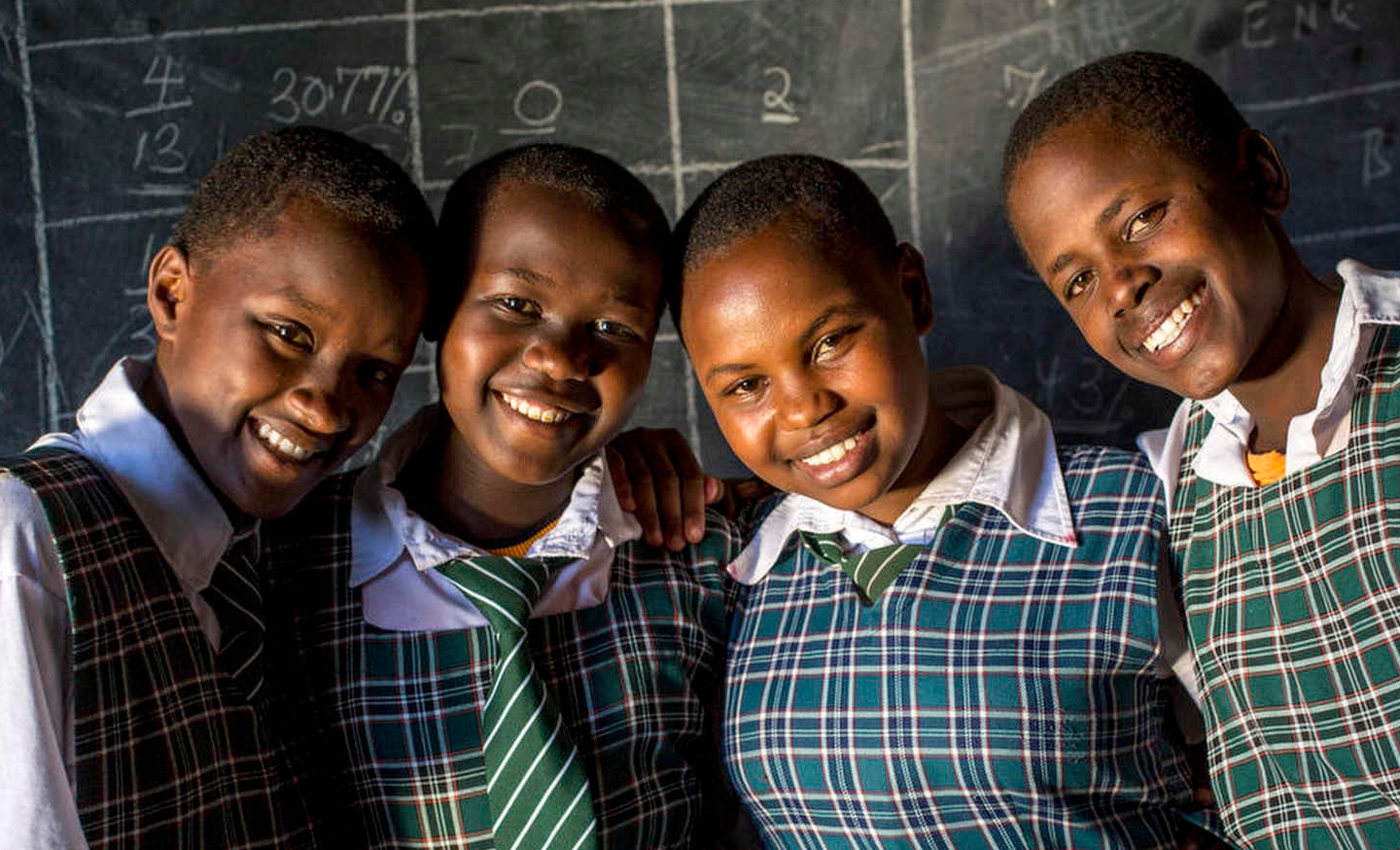 Pauline, Rhoda, Benedicta and Elizabeth, primary school students in Kenya, are against FGM because they are aware of its negative effects. © Georgina Goodwin for UNFPA

In 2008, UNFPA and UNICEF established the largest global programme to accelerate the elimination of female genital mutilation. The programme works at the local, national, regional and global levels to raise awareness of the harms caused by female genital mutilation, strengthen institutional response, provide care for affected girls and women, and empower communities, women and girls to abandon it.

So far, 13 countries have banned female genital mutilation, while over 31 million people in more than 21,700 communities from 15 countries have made public declarations to abandon the practice. 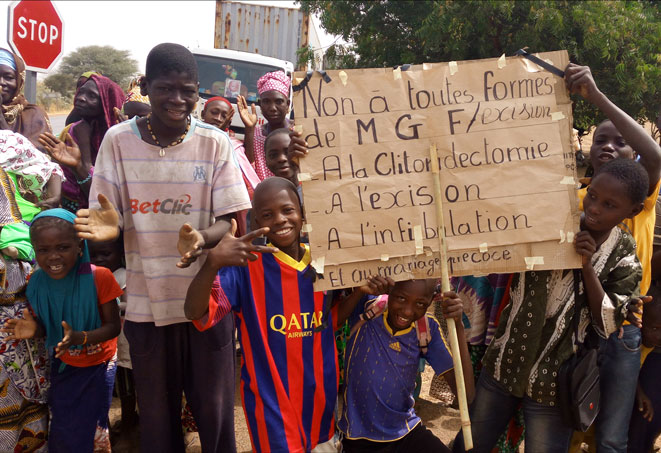 Kevin Bassole works on a police task force focused on ending female genital mutilation and other harmful practices. Together with women leaders and other government departments, he provides trainings to raise awareness of the harm caused by female genital mutilation and encourage community members to abandon the practice. While he still encounters opposition, he is encouraged by the support from among the community he serves.