OAIS’ investigation function performs investigations into allegations of fraud, misconduct and other wrongdoing in the programmes and operations of UNFPA that involve UNFPA staff, vendors (a legal person such as an implementing partner or a vendor, or an individual independent contractor such as a consultant).

OAIS investigations are performed in confidence to safeguard the integrity of the process and protect the rights of those involved. To the extent possible, identities of complainants and witnesses are treated confidentially and only disclosed to those with a legitimate need to know.

Staff members who believe that they have been the victim of retaliation, may seek informal redress or make a formal complaint to the Ethics officer at ethicsoffice@unfpa.org 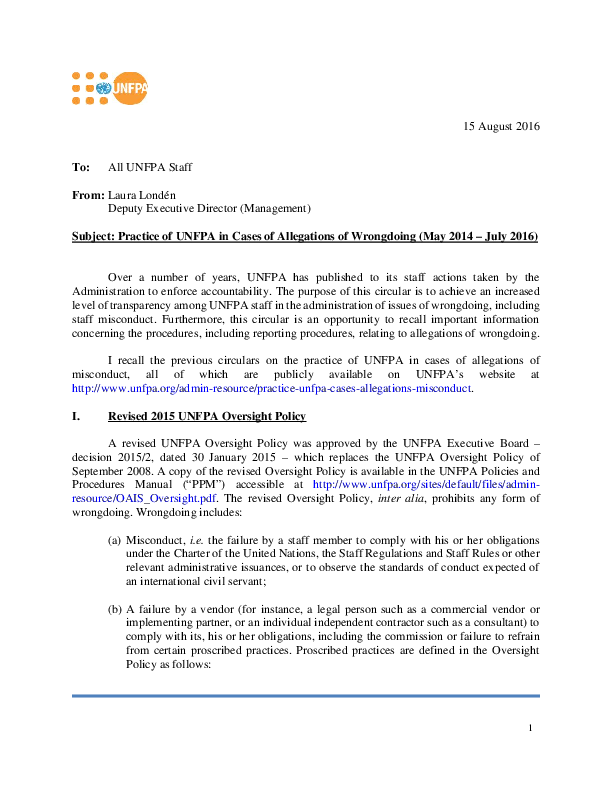 The practice of UNFPA in cases of allegations of wrongdoing 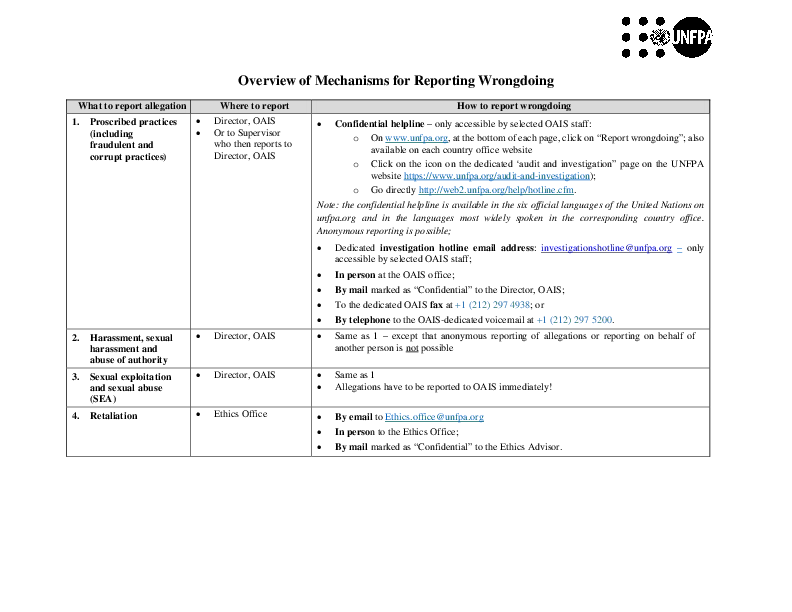 Overview of Mechanisms for Reporting Wrongdoing 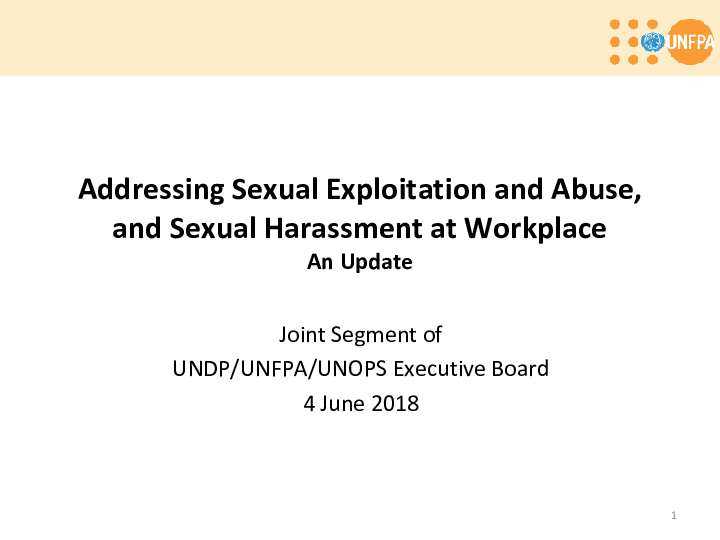 Addressing Sexual Exploitation and Abuse and Sexual Harassment at Workplace