EN
Conditions in the PoCs grow increasingly challenging for staff and partners. Tensions continue to simmer in the camps in Juba with reports of civil disorder amongst the IDPs.
The situation has calmed down in Bentiu, however, IUNV midwives are still waiting for security clearance to return again.
There were reports of armed skirmishes in the town of Nasser, north of Malakal and the relationship between members of the Nuer and Shilluk ethnic communities have been tense since last month’s clash at the camp when three people were killed and more than 11 wounded. 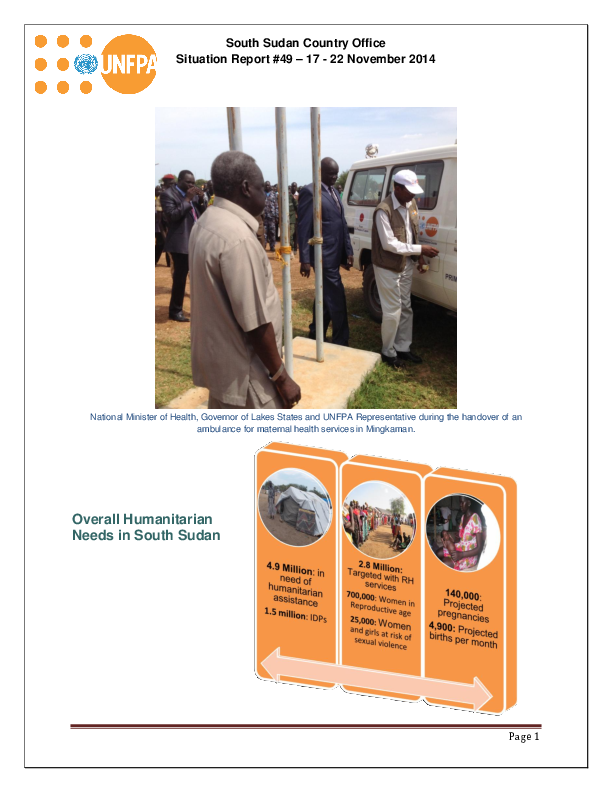