EN
Theft and car jacking are still happening in Juba as well as robberies of internationals who take rides on motocycle taxis (boda bodas). A fuel shortage has added to tension and the potential for more violence as fuel stations become swarmed by crowds of people waiting for hours in the hope of obtaining fuel. Idle youth in the camps contine to pose security problems and inter
communal violence also continues to escalate in all of the Juba PoCs. Tensions remain high between humanitarian actors and the IDPs in UN House and Tomping PoCs. Movement of supplies to the field remains a major challenge constraining the distribution of dignity kits in the field.
In Malakal three UN staff members were forcibly abducted from the airport by unknown armed persons. Fighting also resumed in Upper Nile State, in Doleb hills near Malakal. 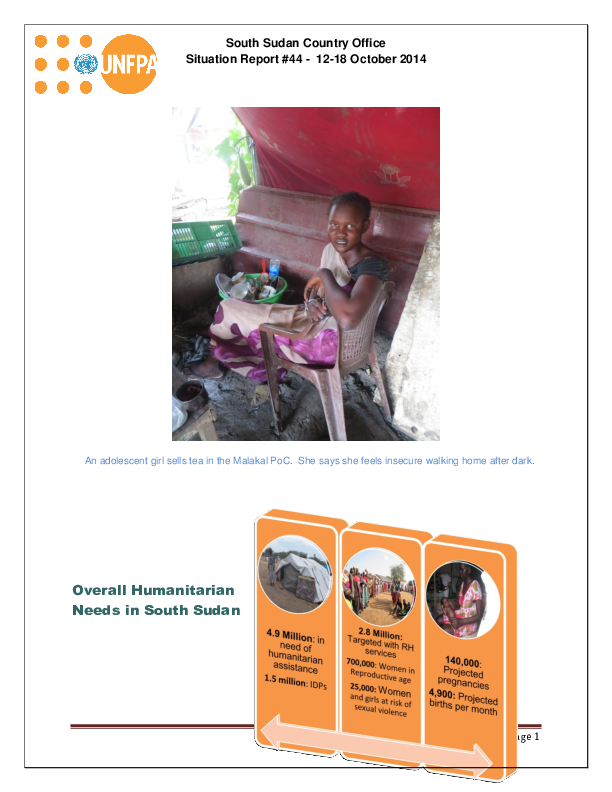