No major change in the map of influence was observed during the reporting period as clashes continued between the Government of Syria and armed opposition groups in the northern and southern parts of the country. Increased mortar and rocket shelling was reported on Damascus, Homs and Lattakia cities. Sanctions imposed on Syria continued to adversely impact the ability of economic and social sectors, including health, to better serve people during the crisis.

Despite the salary increase made for government employees, the deteriorating economic situation of Syrian families, especially displaced persons, negatively affected their ability to cope with the crisis. As such, many women and girls were at risk of gender-based violence, particularly domestic violence. The rising trend of emigration among Syrian people, especially youth, has triggered a dramatic “brain drain”, especially within the economic and service delivery sectors, as well as exposing the migrants to a wide variety of hazards on their journey. 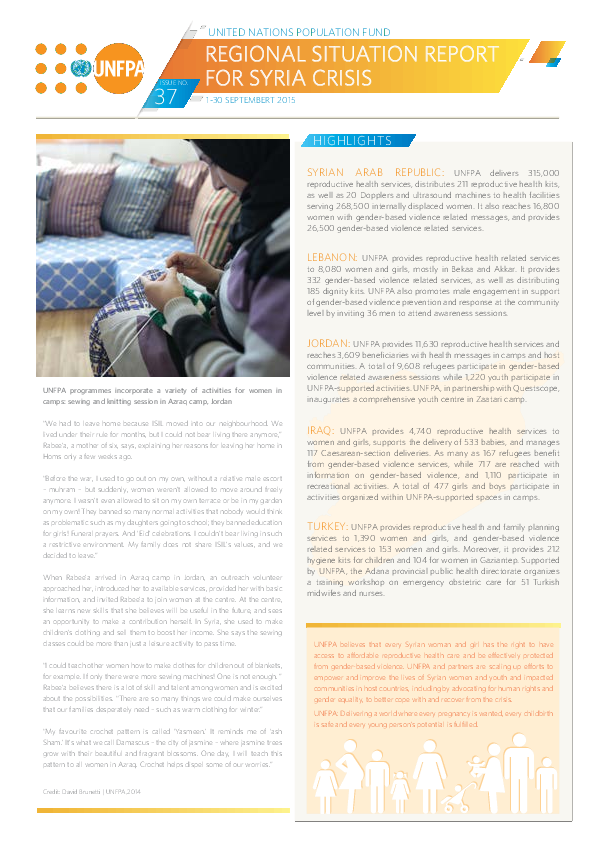