Five Years of Saving Lives: The Regional Response to the Syria Crisis 2015

Syria is experiencing the biggest humanitarian crisis in the world today, and over the past five years, UNFPA has been providing critical services to thousands women and girls impacted by the crisis. As of December 2015, more than half of all Syrians have been forced to flee their homes. As the five-year conflict in the Syrian Arab Republic expands, bombings, shellings and terrorist attacks continue to kill, injure and displace millions of Syrians. Some 6.5 million people have been displaced within Syria itself, and over 4.6 million people live as refugees in neighbouring countries. As in all humanitarian emergencies, women and girls are among the most vulnerable victims.

In all, more than 13.5 million people are in need of some form of humanitarian assistance inside Syria. Of those, 4.2 million women and girls of reproductive age are sheltering within the war zone, and more than 360,000 of them are pregnant. Among the refugees, one million women and girls of reproductive age live in refugee camps and host communities, 70,000 of them are pregnant. Of the five million Syrian women who have been displaced by the fighting, some 430,000 are in need of reproductive health, prenatal, post-natal, labor and delivery services. 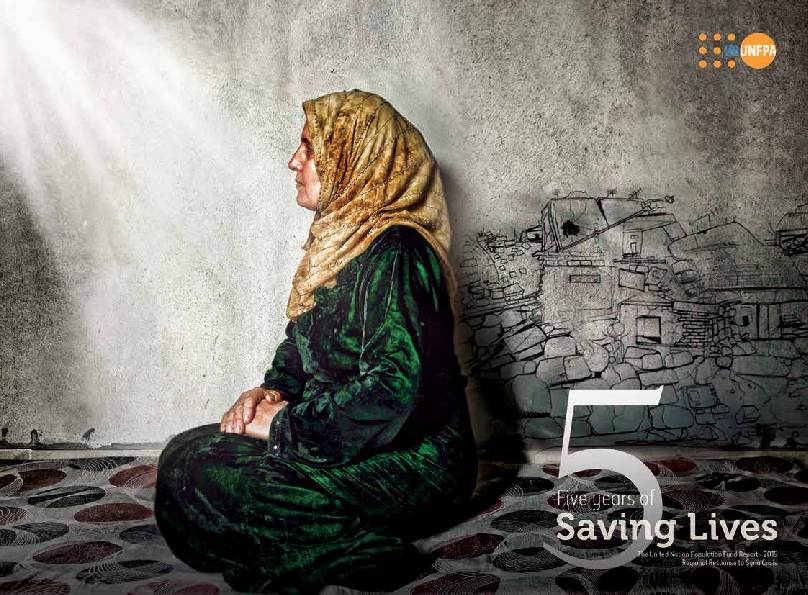 Five Years of Saving Lives: The Regional Response to the Syria Crisis 2015