Digital violence is spreading rapidly and is ever-changing as new technologies emerge, perpetrated by States, malicious groups and individuals alike. It can also be committed with anonymity and relative impunity. Laws and policies have yet to catch up. But good reporting can increase public awareness of digital violence and put pressure on governments to act now. This sheet provides a quick guide for journalists covering the evolving world of online violence.

What is digital violence?

There are many terms for this kind of abuse, but the most inclusive definition is technology-facilitated gender-based violence. It is defined as:

An act of violence perpetrated by one or more individuals that is rooted in gender inequality and gendered norms and that is committed, assisted, aggravated and amplified in part or fully by the use of information and communication technologies or digital media, against a person on the basis of their gender.

It encompasses many forms of abuse, from online harassment, hate speech, doxxing, cyberstalking, and image-based abuse, to gendered disinformation, blackmail, exploitation, and child abuse material. It is carried out by individuals and state actors, and as such, leaders must take action to implement policies to end digital violence, full stop. See white paper, “Technology-facilitated Gender-based Violence: Making All Spaces Safe.”

What are the costs of digital violence?

Digital violence has serious, psychological consequences, and can lead to real-world violence, such as street harassment, physical and sexual assault and even femicide and assassinations. Survivors of digital violence have lost jobs, professional reputations and leadership roles. Perpetrators of digital violence who seek to exclude individuals – often women – from participating in the public sphere and political life may be successful. When this happens, whole societies lose out and gender equality is undermined.

Why is this a gender issue?

Digital violence is both driven by gender norms and has gendered impacts.

Women and girls are more likely than men and boys to experience digital violence, and that violence is more likely to be sexual and threatening in nature. As well as women and girls, perpetrators are more likely to target people of colour, LGBTQIA+ individuals and those from other minority groups.* Rates of abuse** increase for those with multiple, intersecting marginalized identities. Digital violence often stems from misogyny, racism and homophobia and as such, may amount to a hate crime.

The impact of digital violence on women and girls often involves suffering from stigma, damaged reputation, reduced productivity, negative effects on mental health and psychological well being, online and offline isolation and so on. This contributes to reduced participation of women and girls in workplaces, schools and leadership positions.

When reporting on digital violence, journalists should:

*Journalists, too, are particularly vulnerable to digital violence, with women journalists, journalists of colour and LGBTQIA+ journalists facing heightened risks. The work of all journalists, including those with marginalized identities, must be protected. New research shows that peer support among journalists is key to maintaining wellbeing in the face of increasing online abuse. Support networks, even if informal, are emerging as valuable resources.

**In some countries, surveys indicate that the rates of experience of technology-facilitated gender-based violence are more than double that of intimate partner violence ever experienced by adolescent girls. A recent study indicates that over 58 per cent of young women and girls have experienced harassment on social media platforms, with the most common type of online harm abusive and insulting language, deliberate embarrassment as well as body shaming and threats of sexual violence. This is over double the global estimates of 1 in 4 adolescent girls experiencing physical and or sexual violence from an intimate partner or husband.

This tip sheet was developed jointly by UNFPA, the United Nations sexual and reproductive health agency, and the Center for Women’s Global Leadership, Rutgers University. 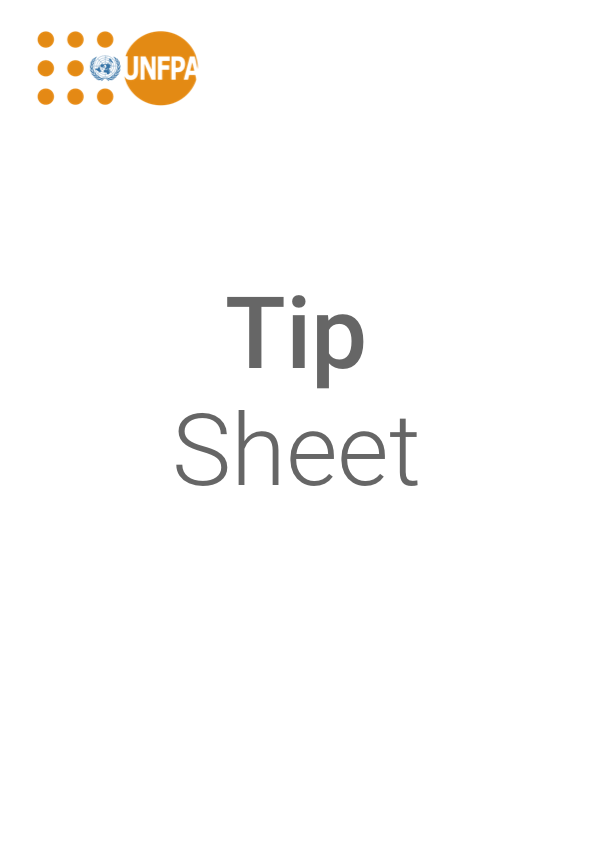