Characteristics of Sex-Ratio Imbalance in India, and Future Scenarios

For multiple reasons, India’s experience is crucial to understanding the current increase in the proportion of males versus females in populations across Asia. First, rising sex ratios in India have been recorded since the early 1980s, and have since continued increasing with no sign, so far, of reversing course. The impact of this early rise is already visible among the adult population of several Indian districts. Second, even if sex-ratio values in India are still beneath those of China, its potential contribution to the overall “masculinization” of Asia (and, consequently, of the world’s population) is particularly formidable in view of India’s demographic weight.1  The prospect of further worsening of India’s sex composition requires close monitoring of current sex-ratio trends in the country. Lastly, the Indian scenario of female discrimination is extremely complex in view of India’s social and economic diversity: the interplay of cultural and economic factors, along with the impact of policy initiatives, has produced a heterogeneous situation; in turn, this complexity offers ways to better understand the mechanisms at work, and to inform the policy debate on the struggle against gender discrimination. 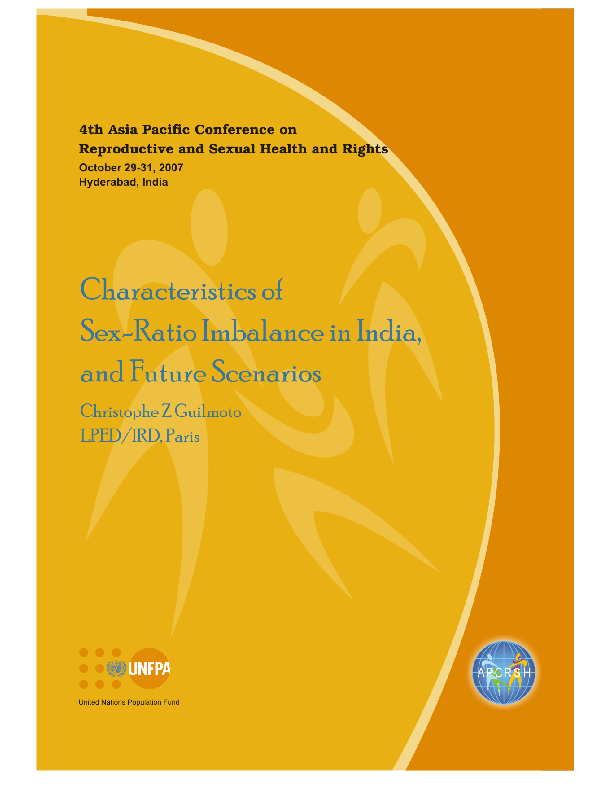 Characteristics of Sex-Ratio Imbalance in India, and Future Scenarios