In early 2016, the World Health Organization declared the outbreak of Zika virus an international public health emergency. Currently, UNFPA is helping lead global efforts to promote widespread information about Zika virus and the right of women to protect themselves against the infection through the use of contraceptives, including emergency contraception. This is an essential component of responding to this emergency. Below are answers to some frequently asked question regarding Zika virus: 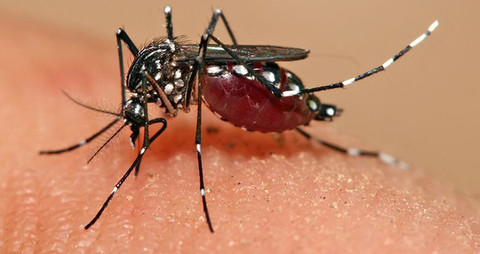 Where does infection with the Zika virus occur?

The virus occurs mainly in tropical areas with large mosquito populations in Africa, the Americas, South Asia and the Western Pacific.

How is the Zika virus being transmitted?

People contract Zika virus by being bitten by an infected Aedes Aegyptus mosquito, the same type of mosquito that spreads dengue, chikungunya and yellow fever. In rare instances, it may also be transmitted from a pregnant mother to her foetus during pregnancy or around the time of birth, according to the United States Centers for Disease Control and Prevention (CDC). The CDC also states that the Zika virus may be sexually transmitted by a man to his sex partners, with four possible cases of sexual transmission reported so far.

What are the symptoms of Zika virus disease?

The most common symptoms of Zika virus disease are fever and rash. Other symptoms include muscle and joint pain or conjunctivitis (red eyes). The incubation period (the time from exposure to symptoms) of Zika virus disease is unclear, but symptoms typically begin within a week of being bitten by an infected mosquito. Symptoms are similar to dengue fever and chikungunya and usually last two to seven days.

Does everyone infected with Zika virus get sick?

About one in five people infected with Zika will have symptoms. For people who do get sick, the illness is usually mild. For this reason, many people might not realize they have been infected.

Should pregnant women or women with the potential to become pregnant be concerned about Zika?

There is evidence linking Zika infection to a serious birth defect of the brain called microcephaly, a condition in which a baby’s head is smaller than expected when compared to babies of the same sex and age, and other poor pregnancy outcomes in babies born to mothers who were infected with Zika virus while pregnant. The Guillain-Barré syndrome has also been reported.

What should I do if I am pregnant or planning to become pregnant and live in an area with Zika virus outbreak?

Pregnant women in their first trimester are at greatest risk of passing the Zika virus to their child; however, it is recommended that they take protective measures throughout their pregnancy.

The World Health Organization urges women who are pregnant or planning to become pregnant to seek prenatal care that includes Zika virus information and monitoring of their pregnancy and to follow their doctors’ recommendations.

Pregnant women who have been exposed to Zika virus should be counselled and followed for birth outcomes based on the best available information and national practice and policies.

To date, there are no reports of infants getting Zika virus through breastfeeding.

Can infection with Zika virus be prevented?

There is no vaccine to protect against infection with the Zika virus. Therefore, everyone at risk, including women of childbearing age and pregnant women, should avoid exposure to mosquito bites, for example, by wearing long sleeves and trousers, using insecticide-treated mosquito nets and using insect repellents indicated by health authorities and according to the instructions on the label. It is also important to identify and eliminate potential mosquito breeding sites in every home and its surroundings by emptying, cleaning, or covering containers that can hold water, such as buckets, flower pots, or tyres.

Special attention and help should be given to those who may not be able to protect themselves adequately, such as young children, the sick, or elderly.

Because of the evidence that the Zika virus can be transmitted sexually by men to their partners, the CDC recommends that men who may have been exposed to the virus abstain from sex or use condoms the right way every time during sex with a partner for the duration of her pregnancy or with partners who are not pregnant. The CDC also recommends that pregnant women talk with their health-care providers about their male partners' potential exposure to the Zika virus and report any symptoms of Zika virus-like illness.

Are there available treatments for Zika infection or microcephaly?

There is no specific treatment for Zika infection other than to alleviate symptoms. Women who suspect their newborns have Zika infection should see a local health professional.

The most reliable way to assess whether a baby has microcephaly is to measure his or her head circumference at birth and again 24 hours after birth. Once a baby is diagnosed with microcephaly, a multidisciplinary health team should begin a process of follow-up and monitoring of the child.

What are the rights of women who have the potential to be exposed to Zika virus?

Decisions about whether, when, or how often to become pregnant are a matter of human rights. Women should therefore have access to information, counselling and contraceptive methods, including emergency contraception and female and male condoms, to prevent sexual transmission of the virus.

In all cases, women, including those who are pregnant, should be able to access the full range of sexual and reproductive health services in accordance with national laws and policies.

UNFPA continues to stress the need to uphold the basic rights of all couples and individuals to decide freely and responsibly the number and spacing of their children in full alignment with the Programme of Action of the International Conference on Population and Development, which governs all of our work.

Pregnant women in areas affected by the Zika virus should have access to comprehensive pre-natal care at all times.

What is UNFPA doing to fight the Zika virus outbreak and promote the human rights of women?

UNFPA is developing information kits directed to service providers and the public on what the Zika virus infection is and how to prevent it, particularly among women who plan to conceive and pregnant women. UNFPA is also working with national partners to increase access to contraceptives to help women make choices about their fertility and to condoms to reduce potential risk of sexual transmission of the Zika virus. In addition, UNFPA is engaging with partners on a coordinated response from a reproductive rights perspective.

Where can I find out more about the Zika virus?

The World Health Organization and the U.S. Centers for Disease Control and Prevention are excellent sources of information. Here are several helpful resources: 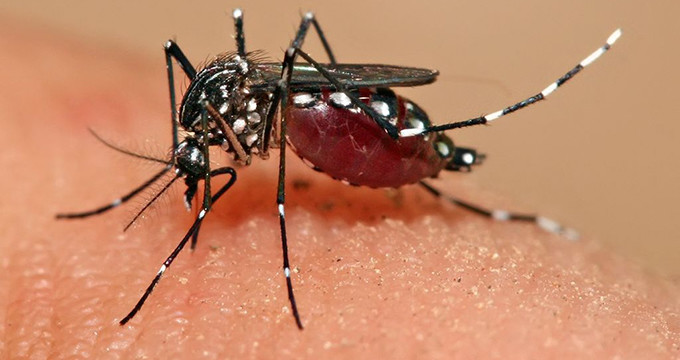 COVID-19 heightened menstruation challenges in Latin America and the Caribbean…