UNITED NATIONS, New York – On 11 October, organizations and activists around the world will mark the International Day of the Girl Child, shining a spotlight on the rights, needs,  vulnerabilities, contributions and future potential of girls everywhere.

The theme for the day is “My Voice, Our Equal Future” because girls’ voices are seldom heard – not in the halls of governments, nor in homes or classrooms.

But what do we learn when we finally listen to girls?

They do not want to be seen as bodies first and individuals second.

Around the world, girls find their lives and futures restricted because society views them first as objects of sexual desire, vessels for reproduction and sources of free labour – and only secondarily as individuals with minds, dreams and humanity.

We see this when girls are forced to drop out of school to care for their households and siblings; girls spend 40 per cent more time on chores than boys, according to UNICEF, limiting their time to study or pursue hobbies.

We see this when girls are married off or become pregnant in adolescence. Globally, one in every five girls is married, or in union, before reaching age 18. Every day in developing countries, 20,000 girls under age 18 give birth.

We see this when girls’ mobility and career paths are circumscribed by their gender.

“Growing up, I felt as though my wings were slowly clipped against my will,” Amal*, a Syrian adolescent, told UNFPA.

“Boys have all the freedom in the world, but we girls are expected to abide by too many rules,” said Luma*, another girl in Syria.

But other girls, like Yanal, a Syrian refugee in Jordan, are fighting against the tide.

At age 16, Yanal began advocating to end child marriage after learning about the practice – and its harms – at a UNFPA-supported youth centre in the Zaatari refugee camp. Today, she is unafraid to raise her voice.

“Girls are taken out of school and exposed to early marriage. Sometimes they’re forced to do it,” she said. “I want to go on TV, on all the channels at the same time and advise girls that marriage is dangerous for girls under 18.”

Girls want to make decisions about their own bodies and their lives.

Girls’ empowerment is intimately tied to their bodily health and their ability to make decisions affecting their bodies.

In fact, having the ability to protect themselves from unintended pregnancy and sexually transmitted infections is essential to securing their rights and future. Girls’ prospects brighten when they learn that they deserve to live free of violence or coercion, that they are entitled to make their own choices about whether, when and with whom to have sex, and that they should have access to the highest attainable standards of sexual and reproductive health care.

And when girls are equipped with this information, they are able to make healthy choices for themselves and their future families.

“I didn’t know about pregnancy and HIV and STIs,” said Takhona, a teenager in Eswatini. But she learned how to protect herself through a comprehensive sexuality education programme.

Today, she is an advocate, helping to share this information with other girls. “I wish for them a bright future and better standard of living,” she said.

When the world limits girls’ dreams, we are all poorer.

When girls are denied their full potential, they are not the only ones harmed. All of society is made poorer.

This is true for every potential president, astronaut or Nobel Prize winner whose education was halted or career stifled.

But it is also true for girls who simply dream of a loving partner and healthy family. Indeed, these ordinary aspirations can seem extraordinary for girls who face the interlocking barriers of gender inequality, discrimination and poverty.

Child brides who drop out of school see their lifetime earning potential depressed. Child mothers and their babies have worse health. The cumulative impacts are felt across generations.

“I have seen in my community when a girl becomes pregnant, her life changes dramatically,” said Shaina, a teen advocate for girls in the Philippines.

But when girls have the strength and support to knock down those barriers, there is no limit to what they can achieve.

“Aspirations in life drive young girls like me to push forward even though we face challenges every day,” Shaina said.

The pandemic has made girls’ dreams harder to attain. The world must redouble its support.

Alarmingly, under the global COVID-19 pandemic, efforts to protect and empower girls are falling by the wayside.

School closures are cutting off access to comprehensive sexuality education. Lockdowns and movement restrictions are limiting access to family planning services and sexual health screenings. Programmes to end child marriage and female genital mutilation have been delayed or discontinued.

Projections by UNFPA and partners indicate that 13 million more child marriages and 2 million more cases of female genital mutilation could take place between now and 2030 because of pandemic-related disruptions. Girls are also more vulnerable to gender-based violence.

“Girls under lockdown and out of school are highly vulnerable to harm,” said UNFPA Executive Director Dr. Natalia Kanem. “We cannot allow the current crisis to derail the future of an entire generation.”

But more than just supporting girls, the world must make space for them to actively participate in decision-making.

“They are speaking up about their needs and their dreams,” Dr. Kanem said. “It is time for us to listen.” 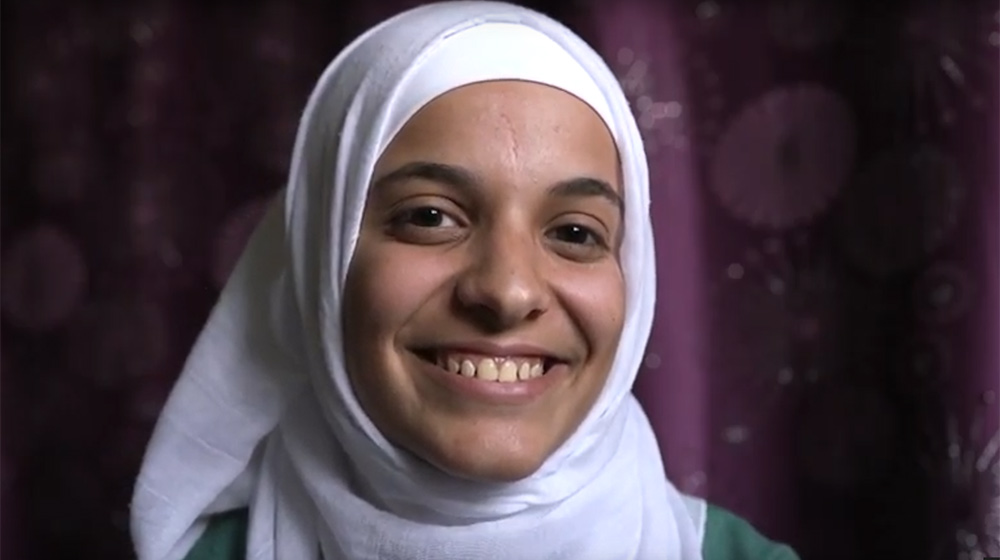 In a deadly typhoon’s wake, a women-led mobile facility meets sexual and…