ABJUA, Nigeria – “My father forced me to get married to an older man almost his age. The old man gave him 20 cows. I tried to run away from that old man, but my father warned me that he would beat me to death if he was forced to return the cows he was given as payment for dowry,” says an unnamed thirteen year-old girl, her face unseen, as she relays how she was forced to marry shortly after suffering female genital mutilation (FGM), in a short film made by Kenyan journalist Diana Kendi.

The nine-minute film, The Bondage of Culture, was selected as the winner of the first-annual Efua Dorkenoo Pan Africa Award for Reportage on FGM. Created in partnership by The Guardian and UNFPA, the award was named after Efua Dorkenoo, a Ghanaian advocate and pioneer in the fight against FGM.

During a ceremony on 9 February in Abjua, Nigeria, Dolapo Osinbajo, wife of Nigeria’s vice president, presented Ms. Kendi with the award statue, which was handmade by Nigerian artist Godfrey Williams-Okorodus. Kendi will also receive free training at The Guardian headquarters in London.

In her film, Kendi features the stories of five survivors of FGM living in West Pokot County, Kenya, where, despite a 2011 law banning FGM nationally, the procedure remains highly prevalent. The film also includes commentary from a former circumciser in the area who now advocates ending FGM, a head teacher at a school that houses young victims of the practice who have fled their homes and a local assistant chief who helps rescue the girls, among others.

Lifting the veil of silence

“All of the entries were excellent, but Diana’s succeeded in sharing with us the voice of the most vulnerable in remote areas, allowing survivors to tell their stories in full dignity and respect,” said Omar Gharzeddine, UNFPA media specialist, who served on the panel of judges.

FGM is defined as all procedures involving partial or total removal of the external female genitalia for non-medical reasons. It can result in haemorrhage and potentially deadly infection, and over time, often leads to infertility or complications in childbirth that increase rates of infant mortality.

Globally, an estimated 200 million girls living today have suffered FGM, and though nearly all of the countries with a high prevalence of FGM have now officially banned the procedure, awareness of these laws and the dangers involved in FGM remain low. As a result, in many countries, the practice remains rampant, and if current trends continue, an additional 60 million girls will be subjected to FGM by 2050.

Nearly 100 journalists submitted their articles, films and radio reports for consideration for the award, and The Guardian and UNFPA hope the attention will spur increased FGM coverage and awareness throughout the 29 countries in Africa where, though a global problem, FGM remains most concentrated.

“The Guardian felt that unlike many human rights abuses – from slavery to sex trafficking, FGM was shrouded in a veil of silence, and that one of the reasons that it continued was the lack of awareness,” said Maggie O’Kane, executive director of the campaign at The Guardian. “Journalism is about shining a light into a dark place, and FGM seemed one of the darkest places to shine that beam.” 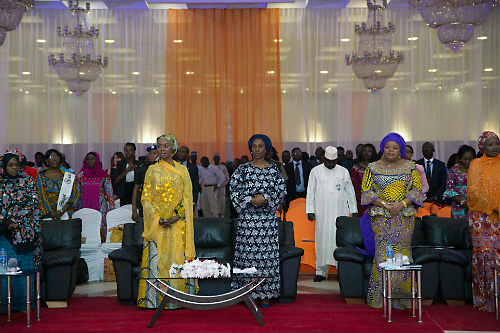 Over 300 Nigerian dignitaries and politicians attended the ceremony. © UNFPA Nigeria

The award was presented during a ceremony observing the International Day of Zero Tolerance for FGM, during which a new national response to eliminate FGM in Nigeria by 2030 was also announced.

As Africa’s most populous country, Nigeria is estimated to account for approximately 15 per cent of all women who have suffered FGM worldwide – the most of any country. The Nigerian government outlawed FGM in May 2015, and the high-profile ceremony, which was attended by over 300 dignitaries and politicians, signalled an increasing visibility for the issue and the fight to stop it.

“Girls faced forced marriages. They face FGM. They face unwanted pregnancy. We need to empower our girls,” said Ms. Kendi, proudly holding her award. “The reason why I did this story about FGM is because I believe in girl empowerment. Let’s stop FGM.” 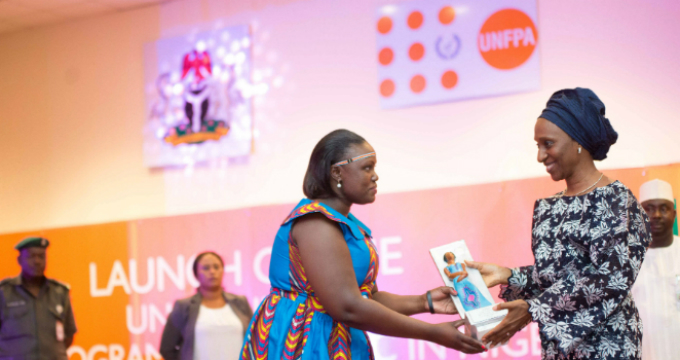