Dar es Salaam, Tanzania –  It was 3 o’clock on a Friday afternoon when Grace,* a counsellor at the National Child Helpline in Tanzania, received a call from a concerned teacher in Msalala, Shinyanga Region. One of the teacher’s brightest students, 13-year-old Eliza*, had not turned up for school that day, and she had heard worrying rumours that Eliza’s parents intended to marry her off. The parents had purportedly accepted a dowry payment from the family of the groom – who was a 35-year-old man.

“I was very scared on behalf of the poor child. I felt her pain,” Grace told UNFPA. “But I told myself I should be strong for that child, and I made several calls just to make sure that someone with authority would step up and stop the marriage.”

Her calls to local government authorities and district social welfare officers in Msalala were effective. Police specialized in working with sensitive gender and children’s issues visited Eliza’s parents and ensured the marriage did not take place.

Hearing this news, “I was so excited and I felt like a hero,” Grace recalled. She followed up with local officials to secure a mandatory order that Eliza be returned to school.

Working around the clock

The National Child Helpline, where Grace works, is operated by the organization C-Sema in collaboration with the Government of the United Republic of Tanzania and with support from UNFPA.

The toll-free service can be reached 24 hours a day, seven days a week, by dialing #116 over any of the mobile networks in mainland Tanzania and Zanzibar. Trained volunteer counsellors at the hotline respond to around 3,500 calls a day, primarily from women and children at risk of violence or family and community members reporting children at risk.

The counsellors have addressed issues including female genital mutilation, child marriage, trafficking and other forms of abuse and ill treatment, working closely with support networks and protection systems in the callers’ locality.

“We follow up closely to make sure that our clients get the help they need,” said Michael Marwa,  C-Sema Head of Programmes and Director of the National Child Helpline.

UNFPA Executive Director Dr. Natalia Kanem visited the call centre last week and spoke with counsellors there, expressing gratitude for their work “on the frontline promoting the rights and health of young people.”

These efforts are critical to the Government’s five-year national plan to end violence against women and children, which remains a daily reality for many women and adolescents.

UNFPA is supporting these efforts by strengthening protection systems, helping to construct police gender and children’s desks,  and establishing one-stop centres where survivors of violence and at-risk people can receive a wide range of medical, legal and psychosocial support. UNFPA is also supporting so-called knowledge centres, where community women support each other.

But these efforts are not enough, Dr. Kanem acknowledged, because gender-based violence will not end unless men and boys step up and play a role. Men and boys, traditional and community leaders are increasingly being included in conversations, held by UNFPA and partners, about gender equality and harmful ideals of masculinity.

“Every girl and boy should be valued and should be taught that the expression of their rights and empowerment should not be centred on overpowering others," Dr. Kanem said during her visit.

Women at the helm

During her visit to the country, Dr. Kanem also met with the country’s first female president, Her Excellency Samia Suluhu Hassan. They discussed joint efforts to reduce the incidence of teenage pregnancies and eliminate preventable maternal and child deaths, as well as programmes to end gender-based violence and harmful practices, including female genital mutilation.

Dr. Kanem reiterated UNFPA’s commitment to focusing on some of the most vulnerable groups of people, who have been left furthest behind – including rural women and young people – to help ensure that all women and girls are empowered to plan their families, access quality health services and reach their full potential.

It is “an honour to meet Her Excellency Samia Suluhu,” Dr. Kanem said, and to support her efforts to realize a vision of “sustainable and inclusive development.”

* Names have been changed 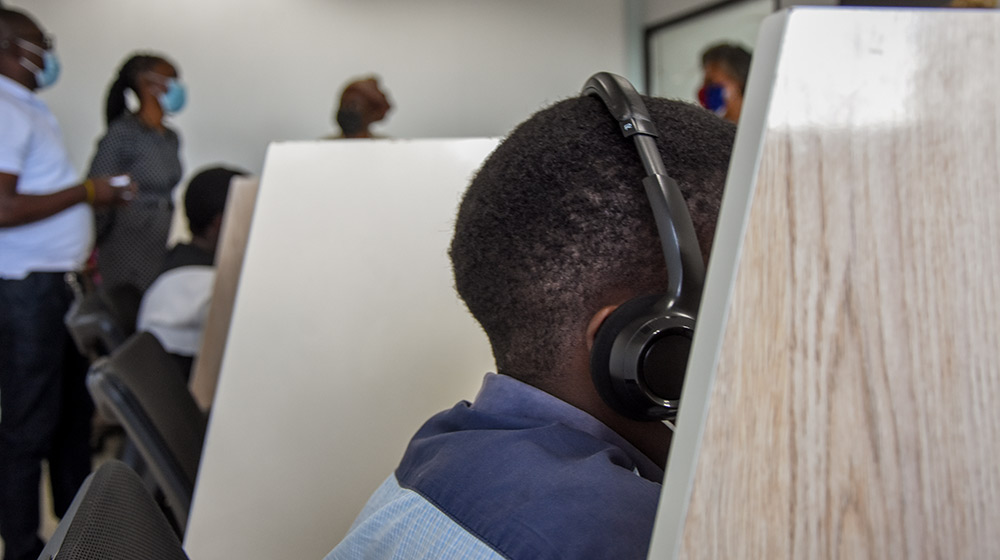