WAU, South Sudan – The need for reproductive health care remains overwhelming in South Sudan. Even before the current humanitarian crisis erupted in December of last year, the country had one of the highest maternal death rates in the world. And now, more than 1.1 million people internally displaced by violence, conditions have significantly deteriorated.

The country does not have nearly enough health professionals to meet the needs of adolescents and women. Some of the UNFPA-supported clinics operating in displacement camps see more than 40 births a week.

Access to basic reproductive health information and services – including voluntary family planning – would reduce the country’s staggering number of maternal deaths. It would also help bring down the high infant mortality rate.

Yet there remains stiff resistance. Rumours and misconceptions about contraceptives are widespread, and many men are opposed to family planning.

“The men here decide when you have sex, when you have kids, and how many kids you have,” said Fainess Mwenechanya, a UNFPA international midwifery tutor in the north-western town of Wau. “Here, women have no say.” 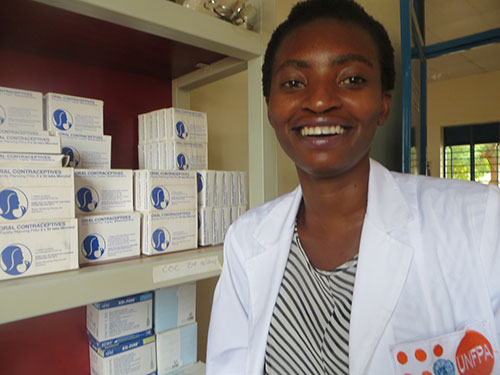 Ms. Mwenechanya is working to change that. She has set up a family planning clinic in the Wau Teaching Hospital, and invites young men and women to the hospital for education sessions.

Marlin Zeiken Angelo, 26, sought family planning services from Ms. Mwenechanya’s clinic. She knew first-hand how disruptive an unplanned pregnancy could be. In 2012, just after entering a midwifery training programme, Ms. Angelo became unexpectedly pregnant and was forced to drop out.

“It totally messed up my year,” she said. “After that, I vowed I would not get pregnant again until at least 2019.”

Ms. Angelo is an uncommon but promising case in rural South Sudan.

Despite cultural pressure to stay in her village, she says she wants to go to school and ultimately get a job in Juba, the capital. She knows that without family planning, this future is unlikely.

She received family planning services from Ms. Mwenechanya, and she returned to her midwifery programme in April.

Ms. Angelo now works hard to dispel misinformation about contraceptives. “I encourage a lot of people in my hometown to consider trying it out. Some like the idea. Some don’t,” she said.

“There are a lot of rumours, like ‘IUDs [intrauterine devices] can get stuck in your body,’ or ‘if you are already pregnant when you get the [contraceptive] implant, then your whole body will swell up.’ Most women are still too scared of it, and most husbands will not allow it,” she added.

When women are empowered to choose the number, timing and spacing of their children, they are not only healthier, they are also better able to pursue opportunities – such as jobs or schooling – to reduce the grinding poverty that affects more than half of South Sudan’s population. 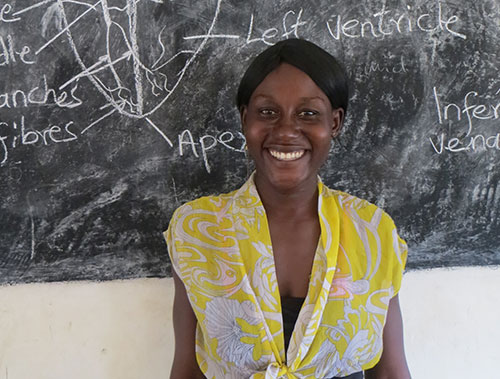 Marlin Zeiken Angelo has decided to commit to her education before getting pregnant gain. Photo credit: UNFPA/Jaime Jacques

But family planning is often not accepted even among more educated women and men, says Ms. Mwenechanya. “The prevailing attitude here is that the population that has been lost due to decades of war needs to be replaced,” she told UNFPA, which supplies family planning supplies to health facilities throughout the country.

“The problem here is not lack of supplies but uptake of the supplies,” Ms. Mwenechanya said, pointing to dozens of boxes of birth control pills. “People here do not come to collect them.”

But she and Ms. Angelo are determined to change attitudes to improve the health of women in their country.

“I do not give up easily. If at first people are not willing to listen, I don’t push too hard. But I will go back later and try again,” Ms. Angelo said. “I know women who have been pregnant 10 times before the age of 30. I want them to consider the benefits of family planning.”