MORONI, Comoros – Sara* was 17 when she found out she was pregnant. Living in a rural village in the Comoros, she carried the entire pregnancy in secret, and then gave birth in a hospital bathroom.

“Our society does not accept to get pregnant out of wedlock,” she explained recently to UNFPA.

“I was going out with a young man who was 20 years old,” she recalled. They rarely used condoms, she said.

“My cycles were regular, and I was happy to calculate the day of ovulation to take precautions. But it was not effective.” 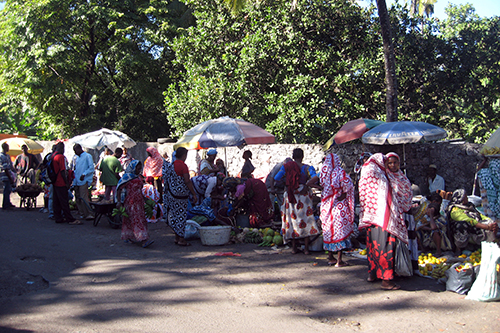 A market in the Comoros. Although pregnancy outside of marriage is highly stigmatized, the country has a high teen pregnancy rate. © Woodlouse/Wikimedia Commons/CC BY-SA 2.0

In November of last year, she realized that she was pregnant.

“I did not know what to do,” she said. “I was completely lost… My father is a religious man and would not accept that it happened to his eldest daughter. I thought he'd kill me.”

In the East African island nation of the Comoros, there is great stigma attached to being an unmarried teen mother.

Part of the problem is lack of comprehensive sexuality education, which leaves young people without the knowledge required to avoid unintended pregnancies.

With nowhere to turn, Sara pretended everything was normal.

“I asked my mother to buy sanitary pads every month,” she said. “I wore African boubous that were a little bigger.” 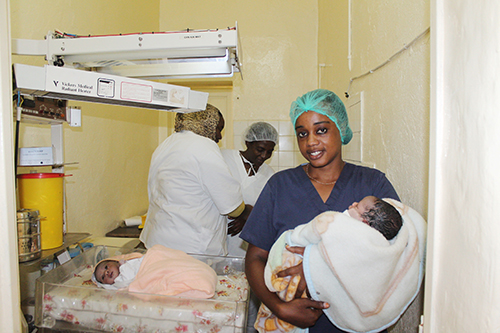 Even so, people noticed.

“When I was seven months pregnant, my grandmother called and asked me what happened. She said she noticed that I was gaining weight and that my belly was swelling.”

Sara said that she had been drinking ice water, which is locally believed to cause bloating.

Her neighbours also asked about the weight gain. “I replied with humour: It is because I eat well. I eat a lot and drink a lot of ice water.”

But she could not avoid the truth forever. Eventually, she went into labour.

She asked her parents to take her to El-Marouf, a nearby UNFPA-supported hospital. In the emergency room, she told the nurses she had a stomach ache.

“I asked to go to the toilet, and my mother accompanied me to the door. I went in, and there my child was born.”

When Sara’s mother checked on her, she saw the newborn baby and fainted.

“I shouted and the nurses came. When they saw what happened, they quickly asked for the ambulance that brought me to the maternity ward. 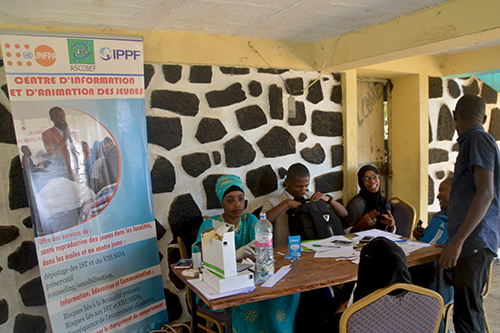 UNFPA works with the youth group ASCOBEF to reach adolescents with sexual and reproductive health information and care. © UNFPA Comoros

UNFPA is expanding access to modern, reliable family planning in the Comoros, including by providing free contraceptives to women and girls in the El Marouf maternity ward.

UNFPA is also working with youth associations to improve young people’s access to sexual and reproductive health services and information.

And UNFPA is working with youth activists to raise awareness of these issues, distribute condoms and perform free, confidential HIV screenings.

Today, Sara hopes motherhood does not stand in the way of her education. Though her parents are still upset, they support her goal of completing school.

“It is a good thing and I thank them very much,” she said. “I am not ready to leave school. I have to make a success of my life to be able to raise my son.” 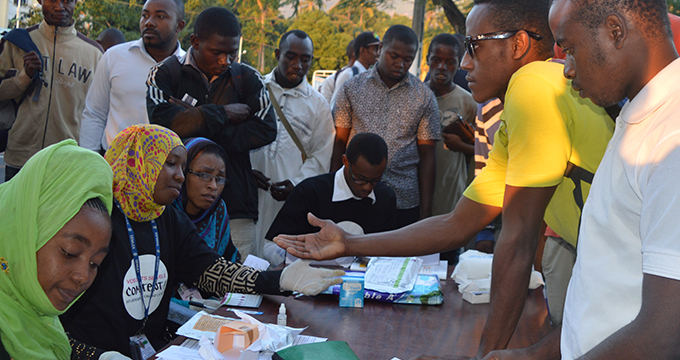