UNITED NATIONS, New York/Beirut, Lebanon – Standing several inches shy of her middle-aged groom’s shoulder, the 12-year-old bride, outfitted in a child-size white wedding gown and veil, stiffly clutches a small bouquet, as a photographer snaps the newlyweds' photo and the sun begins to set over a picturesque waterfront walkway in Beirut.

“I was jogging but my feet froze when I saw her,” says one aghast onlooker, her voice cracking, in a video of the scene that has garnered nearly two million views on YouTube. “Her parents are criminals,” shouts another, after the gray-haired groom informs the small crowd forming around the photo shoot that the young bride's parents consented to the union.

However, several other passers bye approvingly congratulate the man before continuing on their way.

But all is not as it seems to the crowd.

The bride and groom are actors. The photo shoot was staged by the organization KAFA (enough) Violence & Exploitation, Lebanon, as part of its UNFPA-supported campaign to stop child marriage in the country. But though fictitious, the scenario reflects an all-too-common reality. Globally, 1 in 3 girls living in low- and middle-income countries marry before turning 18, and almost one-third of these before their 15th birthday, according to UNFPA estimates.

Kafa means “enough” in Arabic, and this Valentine’s Day UNFPA is calling supporters of women’s and children’s human rights worldwide to also say they’ve had enough of child marriage by posting #IDONT online. 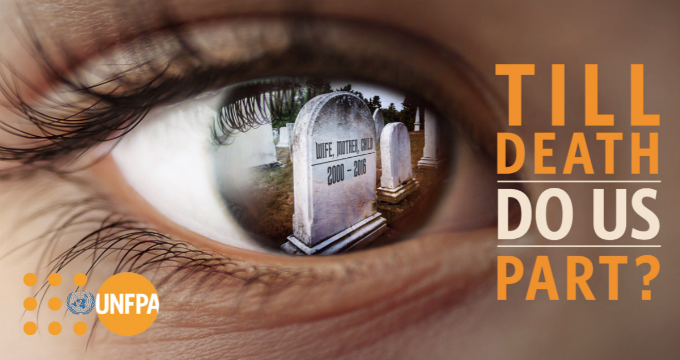 The high cost of child marriage

Each year, nearly 15 million girls, some as young as 8 or 9, are forced into marriage worldwide, many to men who are, like KAFA’s fake groom, decades their senior. If current trends continue, an additional 1.2 billion girls will be forced into child marriage by 2050.

Girls who marry before age 18 are much more likely to be victims of domestic violence – and much less likely to attend school – than those who marry as adults. According to the World Health Organization, pregnancy is the second-leading cause of death among adolescent girls ages 15–19 globally, and nine out of ten births among girls in that age bracket occur within marriage.

In addition, child brides are much more likely to attempt suicide – the third leading cause of death among adolescents globally – than other young people, making marriage one of the most statistically hazardous activities an adolescent girl can participate in.

In Lebanon, the age of consent is set by religious tribunals and varies from region to region, but in certain areas, girls as young 14 can marry without parental consent, and for those with a parent's approval, the legal age is as low as 9. Many child marriages go unregistered and uncounted, but at least 6 per cent of Lebanese girls marry before age 18, and 1 per cent before age 15.

This official estimate also does not include the hundreds of thousands of Syrian refugees currently entering Lebanon – a group among whom rates of child marriage are steadily rising as the situation in their own country further deteriorates.

The fight for a girl's right to choose 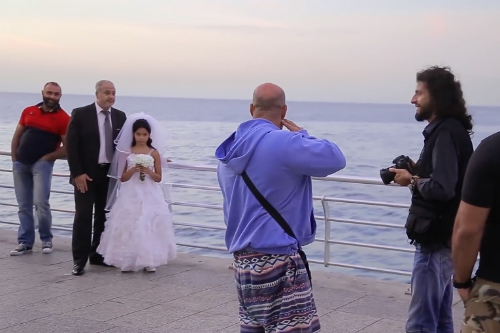 Last year, in an effort to reduce child marriage, the Lebanese National Commission for Women’s Affairs introduced a bill into Parliament that would require that a civil judge, and not just a religious tribunal, approve all marriages involving a minor. However, the legislature has yet to address the bill, and KAFA launched its video campaign to try to spur action.

“Some people do not know that the law in Lebanon allows child marriage, and other do not feel concern about the matter,” says Maya Ammar, KAFA’s communications coordinator. “We chose to do the child marriage video to draw more attention to the issue, while at the same time engaging people in a real scene happening before their eyes. The scene was supposed to seem shocking because the practice itself is shocking.”

UNFPA is supporting KAFA’s innovative campaign and promoting legislation and programmes designed to end child marriage in the more than 100 countries where it remains a real and present threat to the human rights, lives and health of women and girls.

So this February, say #IDONT to support these critical efforts and help millions of girls and women have the right to choose when – and to whom – they will say “I do.” 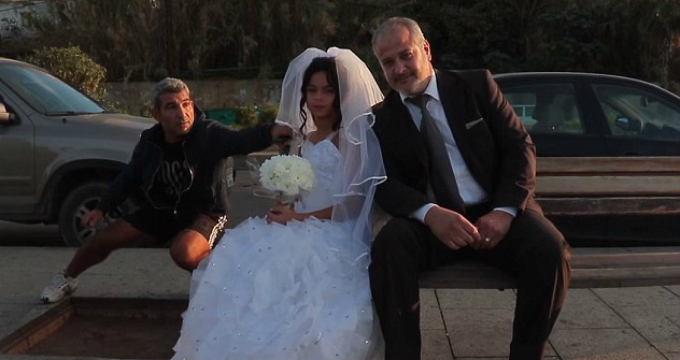