UNITED NATIONS, New York – As world leaders gather in New York for the United Nations General Assembly, they will set out to address some of the greatest catastrophes in a generation: grinding conflicts that have set whole populations adrift, crushing poverty and inequality that push families to seek opportunities across oceans and continents, and the slow poison of discrimination and persecution that compels marginalized communities to look abroad for a better future.

Many of these refugees and migrants will encounter alien environments and hostile territory. Some will be met by exploitation or more bloodshed. Many will find hospitality and a new life, one bearing little resemblance to the world they used to know.

But all of them will need something critical on the passage to safety: sexual and reproductive health care. 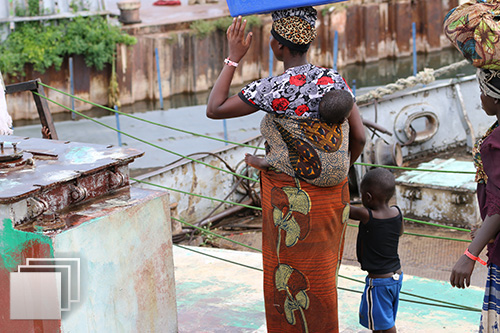 Click to see "On The Run," a photo feature about the needs of migrants and refugees.  © UNFPA Tanzania/Sawiche Wamunza

Pregnant and on the run

“We were afraid to take the trip because she is pregnant, but we had to go,” said Shagah, the 37-year-old husband of Morsay, 16. Refugees from Afghanistan, they had spent two months on the road, passing through Pakistan, Iran, Türkiye and Greece before crossing into the former Yugoslav Republic of Macedonia.

They are part of the largest wave of forcibly displaced people in history – some 65.3 million people are currently displaced, according to the UN Refugee Agency (UNHCR). UNHCR estimates 21.3 million of these people are refugees, and 10 million are stateless.

It is part of an unprecedented level of global migration. In 2015, the UN estimated 243.7 million people were international migrants – an increase of nearly 60 per cent since 1990.

Women of childbearing age comprise a significant proportion of every displaced community. Many of these women are pregnant or will become pregnant during their time on the move.

“When we arrived, we thought that we would be here for around two to three months,” Mohammad Suliman told UNFPA in the Zaatari refugee camp in Jordan. In fact, refugees spend an average of about 20 years in exile.

“But when we realized that it was going to be a much longer time,” he said, “we decided to start a family here.”

His second daughter, Rima, was the 5,000th baby born at the UNFPA-supported women’s clinic in the camp.

UNFPA and its partners train and deploy midwives and other health professionals, and distribute health supplies to support antenatal consultations, safe delivery services and post-natal care for pregnant women and their babies.

But as the volume of refugees and migrants grows, too many women remain out of reach. 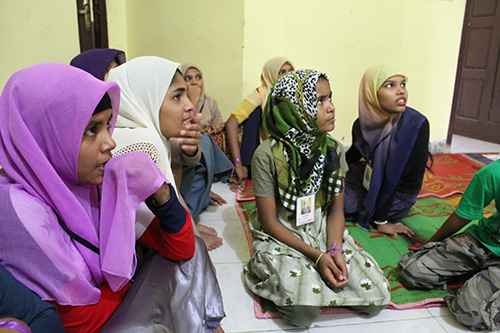 Refugees who had been set adrift for months after their boat was abandoned by its captain. They were rescued off the coast of Indonesia. © UNFPA Indonesia/Sandra Siagian

And women and newborns are not the only ones in need of care.

All people should be able to access contraceptives, including condoms, to prevent unwanted pregnancy and disease. All young people require information about their bodies and how to keep themselves healthy and safe.

Humanitarian responders are working to provide these vital services. For example, Irene Ayo, a South Sudanese refugee living in south-western Uganda, is working with a UNFPA-supported group to help other young women in the refugee settlement access family planning.

“I encourage other girls and women to use it so as to plan their futures,” she said.

Tragically, not enough people have the option to plan their futures.

Refugee and migrant women and girls endure heightened vulnerabilities that affect their access to care. These include threats of gender-based violence, exploitation and even harmful coping mechanisms.

Families under intense strain, for example, may believe marrying their underage daughters off will relieve financial pressure or even keep their daughters safer. In fact, child marriage exposes girls to a whole host of additional risks, including abuse, pregnancy complications and maternal death.

“I thought Haneen would be safe if she got married,” said the girl’s father after he arranged her marriage to a Turkish man whose name he did not even know. The family had fled from Syria and was struggling to survive with 11 children.

Haneen, only 13 at the time, was frequently and brutally beaten. She tried twice to commit suicide, and by the time her mother was able to bring her home, she was pregnant. Because Haneen’s marriage was not formal, she struggled to find health care.

Next week, during the 71st United Nations General Assembly in New York, global leaders will attend the first-ever Summit on Refugees and Migrants to discuss the escalating numbers of people on the move.

UNFPA will underscore the unmet reproductive health needs of this population, and call for greater efforts to fulfil their human rights, including their rights to dignity and health care.

And UNFPA will draw attention to the need to meet the rights and needs of vulnerable populations at home, where improving opportunities and conditions may reduce the drive to leave in the first place.

Afghanistan: An escalating crisis for women and girls