BUMTHANG, Bhutan – The global impact of the COVID-19 pandemic has been staggering: more than 1 million people have died and more than 35 million people have been infected. But the full health impact has been far greater. Fear, isolation, grief, economic stress and shuttered support services have taken a toll on the mental health of people around the world.

Counsellors report urgent demands for mental and psychosocial support – particularly among women and girls who are facing, on top of everything else, an increase in gender-based violence.

Pema, a counsellor who volunteers with UNFPA in central Bhutan, says she has seen this first-hand. “This lockdown has brought the whole country to a standstill, but domestic violence and violence against women and girls have proliferated,” she said.

Pema, who has been a volunteer counsellor since 2007, has pivoted to providing services over the telephone. “I have been extremely busy providing telecounselling services to survivors of physical and sexual violence ever since the lockdown,” she explained.

The UNFPA-supported One-Stop Crisis Centre, located at the National Referral Hospital in Thimphu, has also seen a surge in both gender-based violence and mental health concerns.

“During the first three months of COVID-19 restrictions, 22 cases of rape/sexual assault perpetrated against minors were reported to the One Stop Crises Center,” said Dechen Chime, a UNFPA programme officer. In August, over a period of three weeks, “the national newspaper reported increased cases of suicide, and the One Stop centre reported a suicide case every fourth day.”

Dozens of cases of violence against women and girls have also been reported to UNFPA-supported NGOs and shelters in the country.

The first COVID-19 case in Bhutan was detected in early March this year, prompting movement restrictions and the closure of schools and institutions. The civil society organization RENEW, a UNFPA partner, delivered over 200 telecounselling services in the first months of the closures, representing a market increase in demand, Ms. Chime said.

For Pema, telecounselling is not always enough. Some survivors require in-person support.

“For the last five days, I have been attending to a severe marital rape case through the telephone. The perpetrator has already been reported and is under police custody,” she explained. “Today, my client has called me over seven times, and I am a bit worried. I want to visit her so I am applying for a movement order from the COVID-19 taskforce.”

This taskforce is a multisectoral group formed under the patronage of Her Majesty Gyalyum Sangay Choden Wangchuck, the Queen Mother of Bhutan and a UNFPA Goodwill Ambassador.

Under normal times, the task force addresses issues such as HIV and sexually transmitted infections by bringing together district health, education, legal and cultural representatives. Today, the taskforce is coordinating much of the pandemic response.

Since 2014, with UNFPA’s support, the taskforce has also been working closely with the community volunteer network through which Pema and more than 100 others provide psychosocial support to survivors of violence. This volunteer network has remained active in all 20 districts throughout the pandemic.

“This is a time when nothing moves without proper coordination,” Pema said. “The multisectoral taskforce and community-based service system working together has really helped me to reach out to my clients, even during this lockdown.”

Coordination efforts began immediately when the pandemic was announced, with vulnerable populations identified and information about support and services widely disseminated through television and social media by UNFPA and partners. UNFPA also supports annual training for community volunteers and health workers to ensure survivors of violence receive sensitive and confidential treatment.

Despite these efforts, the needs are growing, and urgent attention is needed.

Everywhere in the world, experts are calling for increased investment in mental health services. “We are already seeing the consequences of the COVID-19 pandemic on people’s mental well-being, and this is just the beginning,” said World Health Organization Director-General Dr. Tedros Ghebreyesus.

The importance of mental health is not lost on officials in Bhutan, where official development policy is guided by the concept of “Gross National Happiness.”

Bhutan’s Ministry of Health has established a dedicated hotline led by senior psychiatrists to respond to those in crisis.  Anyone at risk of suicide or self harm, or in need of any other mental health support can access these services free of charge.

“The National Commission for Women and Children and RENEW-UNFPA also provide psychosocial counselling services and temporary shelter services,” Ms. Chime added. “All these services are cost-free.” 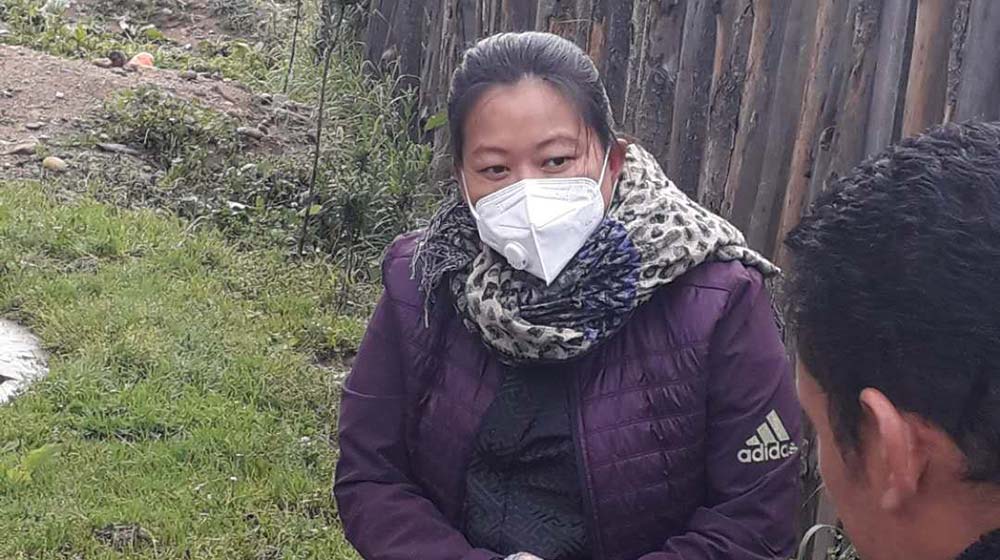