BEIRUT, Lebanon – Weeks after a horrific explosion devastated the Lebanese capital, Beirut, views of smouldering wreckage are being steadily replaced by scenes of collective action. Community members and partner organizations are providing health care and meeting other basic needs, such as food and water, in addition to repairing badly damaged homes.

As part of these efforts, UNFPA is working with Al Makassed and Amel associations to run mobile medical units that provide life-saving medical care and reproductive health services to affected women. “After the explosion, a lot of help was sent to downtown, Gemmayze and Mar Mikhael. With our mobile medical units, we move where there is a need,” said Mohammad Al Zayed, a health coordinator with Amel Association.

The two mobile units are particularly important for women who cannot afford to pay for consultations or medicine at clinics, and for those living in areas where health services have been disrupted or eliminated by the blast. Each of the mobile units includes a doctor, nurse, pharmacist, paramedic, midwife and, sometimes, paediatrician.

“This is my second visit to the clinic to change the bandage on my wound. They have all I need here; I do not have to go to a hospital to do it,” said Diala Al Khansa, who was injured in the disaster.

The explosion and its aftermath crippled the city's healthcare system. It left three of Beirut's main hospitals and half its clinics inoperable. UNFPA and its partners were among the first on the scene, with their mobile units addressing immediate and basic needs.

"So far, we have provided wound dressing, nebulization and oxygen for people who’ve had respiratory problems, in addition to medicines and check-ups," said Rania Zaatari, head of the community health bureau at Al Makassed.

UNFPA is also partnering with a local NGO to support people living with HIV.

“We developed a support programme, including a mobile unit that will do tests for HIV, syphilis and others,” said Maguy Ghanem, a UNFPA sexual and reproductive health specialist.

The two mobile medical units were supported by the Government of Canada, a longtime partner and UNFPA’s largest humanitarian donor in 2019.

With Canada, UNFPA was able to immediately reallocate funds to supply and deploy the medical units and personnel.

Now, UNFPA and its partners are planning longer-term support for the affected communities.

“We are going to be monitoring that closely because there's immediate support already done, but one, two, three or four months from now, the impact [of the blast] will still be there,” said Jamie Schnurr, head of cooperation at the Embassy of Canada to Lebanon, who visited the two mobile clinics last week as part of a Canadian delegation. “We have to be cognitive of the continuity [needed] as we move on to the subsequent phases."

The planned response will be an inclusive one.

Canada’s Chargé d’affaires in Lebanon, Gregory Galligan, highlighted the importance of reaching vulnerable communities at a recent briefing on the forthcoming response. “Hearing about disabled women, LGBT communities, and the way that services also need to reach them – in order to really have an impact and to make sure that everyone who has been impacted gets the treatment they need – is really outstanding,” he emphasized. 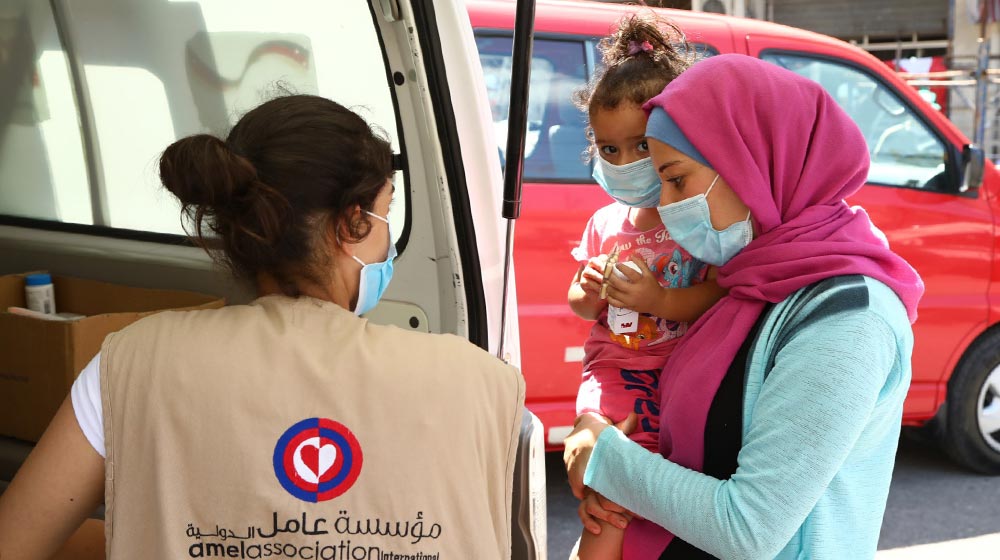