Just like your mother? Seven ways motherhood has changed (or not) in the last 25 years

UNITED NATIONS, New York – Twenty-five years ago, the world was transforming. South Africa held its first multiracial elections, electing Nelson Mandela as President. Sweden began to allow the registration of same-sex partnerships. It was the dawn of the Internet age.

And it was the start of a new global consensus on sexual and reproductive health – one that aimed to empower women and communities to determine their own futures.

At the International Conference on Population and Development (ICPD) in Cairo, 179 governments adopted a revolutionary Programme of Action that called for all people to have access to sexual and reproductive health care, including voluntary family planning, and strengthened maternal health services.

In the years that followed, medical advances, social progress and increasing support for women’s rights helped reshape the experience of motherhood around the world. But how much has truly changed?

Below, we explore how motherhood has been transformed – and how it has not.

1. Women are less likely to die while becoming mothers

Alma Odette Chacón, of Guatemala, was just a young teenager when her mother died in childbirth. “It was very difficult,” recalled Ms. Chacón, now 60. “Suddenly you are missing the key piece of the family, with each person going his or her own way.”

Such tragedies are less common today. Over the last quarter century, maternal mortality has fallen by 40 per cent. It has been a massive achievement – but one that falls far short of global goals.

This is more than 800 women dying every day while giving life. Most of these deaths are preventable.

2. More women are entering motherhood under the care of a skilled birth attendant, such as a midwife

One key reason maternal deaths are declining is that more women are receiving skilled midwifery care. Skilled birth attendance has increased from 67 per cent in 2010 to 79 per cent in 2017 .

UNFPA is working with governments and midwifery associations to expand coverage of this life-saving care, supporting over 700 midwifery schools and training over 115,000 midwives since 2009.

Still, there is a long way to go. Some 30 million women do not give birth in a health facility and 45 million receive inadequate antenatal care.

But Tefta Shakai, a midwife in Albania, is optimistic. She has seen the difference her profession makes – and the progress her own daughters and grandchildren enjoy.

“I am happy I helped so many women,” she told UNFPA.

3. Women are more likely to become mothers by choice, not chance.

In the past 25 years, contraceptive prevalence increased by 25 per cent. Unintended pregnancies declined 16 per cent.

These numbers represent a transformation in women’s rights and health. When women are empowered to choose for themselves when and whether to have children, they are better able to pursue their educations and aspirations.

Despite these gains, many women still do not exercise full control over their own bodies and reproduction. Today, more than 200 million women around the world want to avoid pregnancy but are not using safe and effective modern contraception.

Mediha Besic, in Bosnia and Herzegovina, knows these struggles all too well. She became a mother at 16. Now 35, she has five children. “I wanted to use contraception, but when you have no money, it is not affordable,” she recently told UNFPA.

4. Women are having fewer children

Twenty-five years ago, the global average fertility rate was 2.9 births per woman. Today, it has fallen to an average of 2.5, and this decline is expected to continue.

These changes reflect “the increasing realization of reproductive choice, whereby more women and couples are able to decide the number, spacing and timing of their children,” said a recent report of the UN Secretary-General.

Rasamee, in Thailand, is one such woman.

She has an impressive education, a demanding career and a new baby. She and her husband are adjusting happily to their new family, and say they would like to have one more child – but not the three or four that used to be typical in their community.

“I am lucky that today I have more opportunities,” Rasamee said.

5. Women are less likely to become mothers while still teenagers

Motherhood, on average, starts later than it used to. This change is reflected in a decline in the global adolescent birth rate.

This has been a major achievement for the health and rights of women and girls. Early pregnancy is devastating for a girl’s welfare and life prospects. Teen mothers are less likely to complete their educations or find jobs. They are more vulnerable to poverty and exclusion, and their health is more fragile. In fact, complications from pregnancy and childbirth are the leading cause of death among adolescent girls.

Though rates of adolescent pregnancy have fallen, they remain high in many parts of the world, particularly areas where access to contraceptives is low and rates of child marriage are high.

6. Traumatic childbirth injuries – like obstetric fistula – are being recognized as a major health issue

Even though maternal health care has improved, pregnancy and childbirth remain risky for many women around the world. For every woman who dies in childbirth, an estimated 20 to 30 encounter injuries, infections or disabilities.

One of the most serious childbirth injuries is obstetric fistula – a hole in the birth canal that can develop during a prolonged, obstructed labour.

Its impact on women is catastrophic. Fistula survivors often experience incontinence, chronic medical problems and social isolation. It is estimated that hundreds of thousands of women in sub-Saharan Africa, Asia, the Arab region, and Latin America and the Caribbean are living with fistula, with countless new cases developing every year.

Yet this condition is almost entirely preventable when women have access to timely, high-quality medical care – in particular Caesarean sections. It persists largely because health systems are failing to protect the health and human rights of the poorest and most vulnerable women and girls.

But health advocates have been shining a light on this issue. In 2003, UNFPA and partners launched the Campaign to End Fistula, which now works in more than 50 countries to treat and empower fistula survivors. On 23 May 2013, the United Nations began commemorating the International Day to End Obstetric Fistula, an annual day to urge action on the issue. And two years ago, the UN Secretary-General called on the world to end fistula within a generation.

7. The unequal domestic burden borne by mothers (and other women caregivers) has decreased – but only by seven minutes

Over the past 25 years, time-use research has revealed a massive gender imbalance in unpaid domestic work, including childcare and eldercare. These inequalities persist even when women work equal hours outside the home. On average, women spend about three times more on childcare and other domestic labour than men, according to the International Labour Organization.

In 23 countries where data are available, men’s share of unpaid care work has increased in recent decades – but not by much. Between 1997 and 2012, the gender gap in time spent on unpaid care declined by only seven minutes per day.

This disproportionate burden diminishes the time available for women to spend on paid work and other pursuits. For too many women, having a child means leaving the workforce to carry the load at home.

In India, Rajeshwari felt that gender roles and expectations constrained what she could aspire to. After she married, she devoted most of her life to caring for her family.

Now 60 years old, she looks back with satisfaction at her two college-educated, successful children. But she wants them to have more opportunities than she did. “I told them stories and read books with emphasis on service and being honest human beings. I longed to see them grow and reach higher,” she said. 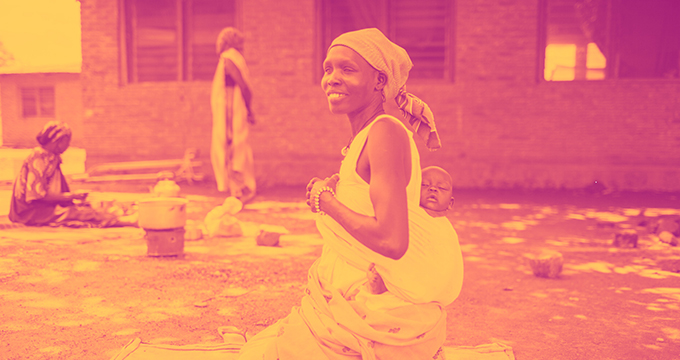 Just like your mother? Seven ways motherhood has changed (or not) in the last 25 years