ERBIL, Iraq – “There are lots of setbacks in life, but what matters is standing up again,” said 33-year-old Cojine*.

She would know. She endured years of spousal abuse.

It began four years ago, when a classmate asked her to marry him. She agreed. Her parents had both died, and she wanted to relieve her brothers of the responsibility of supporting her.

“I thought this could be my new beginning,” she explained. “I could start a new life with someone who is educated and can provide a safe home.”

But things did not work out as planned.

“The problems started a couple of months into our marriage… Every time we would have an argument, my husband would go to his family and complain about me. They would interfere, only to make the situation worse. I kept telling him that this was not the right way to work on our marital problems, but he wouldn’t listen.”

“When I used to protest, I would get physically abused; he would sometimes hit me and punch me. He once hit me so hard on my face that I now have a hearing impairment,” she said.

“I felt like a prisoner in my own home. I was hopeless and didn’t know what to do.”

Violence against women and girls is one of the most prevalent human rights violations in the world.

In Iraq, according to a 2012 study conducted by the Iraqi Ministry of Planning, some 36 per cent of married women experience psychological abuse from their husbands, 23 per cent experience verbal abuse, 6 per cent face physical violence, and 9 per cent are subjected to sexual violence.

For Cojine, the abuse was unbearable – but so was the thought of divorce. “Divorce is negatively perceived in our community. People will spread rumours, blame me and consider me a woman with no honour,” she said.

She left several times, she said, “but then he would come back with his family and convince me to return.”

She even considered suicide, she recalled. “I cried myself to sleep for long nights.”

One day, Cojine learned about the Women’s Centre in Bnaslawa, in Erbil. The UNFPA-supported centre offers a wide range of support, including counselling and referrals to services such as legal assistance and medical care.

She visited several times, until she felt she could trust the centre’s social workers. Then she shared her story.

“The centre provided me with a space to breath,” she said. “They listened to me, gave me advice and provided me with information about my rights. They helped me see things from a different perspective.”

She even seriously considered divorce. “I was emotionally damaged. I was broken, I was disrespected and I needed to get out of the toxic marriage,” she said.

But she was pressured to stay. “My brother wanted to resolve the issue through the traditional way,” she explained.  “My family-in-law kept asking me to go back to my husband.”

She eventually did return to him, she said, “but on the condition that I keep going to the Women’s Centre.”

Today, she continues to receive support from the Centre, gaining confidence and developing friendships. She says her husband’s behaviour has recently improved.

“It changed my life; now I can socialize with women and learn from them and their experience,” she said. 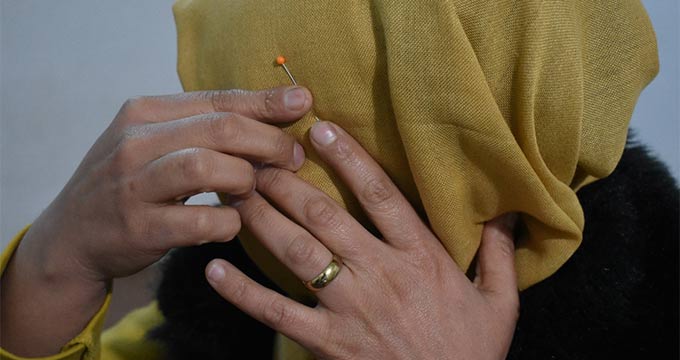