PRAGUE, Czech Republic – When Maryana Borisova was a teenager in Bulgaria, she seemed destined to follow the same life path as other girls in her traditional Roma community: She would get married and have her first child long before turning 18, then drop out of school and, with few job prospects, she would take care of the household and family.

Instead, she became the first-ever university graduate in her extended family. She then went on to become a lawyer and a human rights advocate.

Ms. Borisova attended a recent conference in Prague, where experts and policymakers from Eastern Europe and Central Asia gathered to discuss solutions to the region’s population challenges. Among the issues under discussion was building ‘human capital’ – the knowledge and abilities that make people productive in their communities. Ms. Borisova’s unlikely path illustrates the power of increasing young people’s human capital. 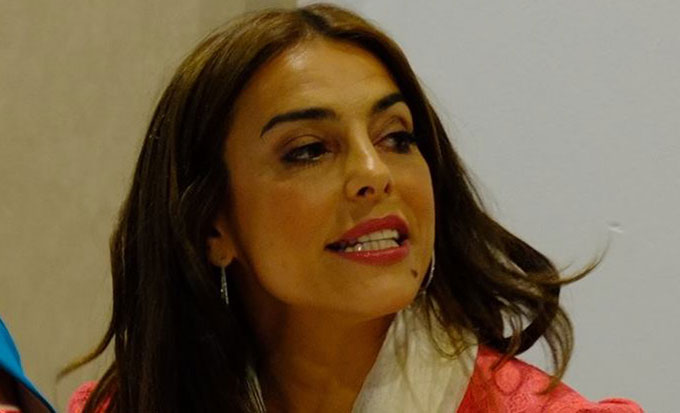 She managed to convince her father that girls’ education matters, though many relatives remained sceptical. “In the end, he was the best father to think about the future of [his] daughter and not about what the community would say,” she said.

Highly educated, economically independent and empowered to shape her own life, Ms. Borisova is now contributing to her country’s development.

For many young people, however, such opportunities remain a distant dream. “In my country, 50 per cent of Roma are young, and most of them are uneducated and unemployed,” she said at the conference.

It is increasingly apparent that investing in people like Ms. Borisova is the solution to a thorny demographic problem: Many see the stubbornly low fertility rates and ageing populations in Eastern Europe as an impending crisis, one that will place huge burdens on social systems.

Policies focusing narrowly on increasing birth rates have largely failed, said Heimo Laakkonen, UNFPA’s Regional Director for Eastern Europe and Central Asia, and studies show that there is little chance fertility rates will grow significantly in the near future.

“Low fertility is now a global phenomenon, and expectations to get fertility rates back up above replacement level are quite unrealistic,” said Tomas Sobotka, one of Europe’s leading demographers, referring to the average number of 2.1 children per women that is widely seen as necessary to maintain the size of a population. This means that population ageing will continue at a fast pace.

But experts say there is little to worry about – provided governments make the right policy choices and invest in young people.

As Mehmet Ceylan, Turkey’s Deputy Minister of Development, said: "Ageing is inevitable, but it is manageable."

In what Nikolai Botev, the director of UNFPA’s sub-regional office in Central Asia, called a major paradigm shift, policymakers in Eastern Europe and Central Asia are increasingly looking to build the ‘human capital’ of their populations, rather than pursuing population targets.

But by investing in the health and education of people, governments can expect huge returns, because a better educated and healthier workforce will increase productivity, nurture innovation and decrease burdens on social systems. Countries can also expect to see returns from increasing gender equality and reducing discrimination.

A 2010 World Bank study calculated that in Bulgaria, for example, the expected fiscal gain from providing one Roma child with an education is eight times higher than what the state spends on education per pupil. The inclusion of all Bulgarian Roma in the workforce could lead to productivity gains of 526 million euros annually, or 1.8 per cent of the country’s gross domestic product.

There is a window of opportunity in which to make these investments, Mr. Laakkonen said. Countries in the region could realize a ‘demographic dividend’ – economic gains that can occur when fertility rates fall and working-age populations grow – if they act now. Demographic dividends have helped catapult a number of countries, mostly in East Asia, out of extreme poverty.

“But governments must act fast and decisively. The window is closing quickly, by approximately 2030 in the case of Eastern Europe, as populations are ageing rapidly,” Mr. Laakkonen added. “Even for countries with struggling economies, investing in human capital will never be more affordable than it is now.”

Ms. Borisova also insisted that disadvantaged populations not be overlooked. Discrimination makes it difficult for even the most educated young Roma to find jobs, she said.

Her own career path has already led to concrete changes. Emboldened by her example, more than 10 other young women from her community have managed to attend university in recent years, she said.

“Now all of us have better chances in life, despite all the obstacles,” Ms. Borisova said, “and more opportunities to realize our potential.”