SANA’A, Yemen – Aisha* was raised in a one room apartment adjacent to her father’s grocery shop in a small town 100 kilometres from Sana’a, Yemen’s capital. Shortly after she turned 12, her father introduced her to a 60-year-old man and informed her that the man had paid to marry her.

Aisha soon had two children. As her husband grew older, physical limitations caused him to stop working, and the family struggled to get by. One day, her husband brought a man into their home, then beat Aisha and forced her to have sex with him for money. After that, the man began to visit their home on a regular basis.

One afternoon, when she was having sex with the man, her father stopped by to check on her. Upon seeing him, the man immediately got up, grabbed a nearby axe and killed him.

Aisha was then arrested for murdering her father and sentenced to death.

When Amal* was eight years old she was raped by one of her relatives. Five years later, she stopped by a friend’s house on her way home from school. Her friend’s brother opened the door and told her to wait inside until her friend arrived. As soon as the door shut, he forced her to have sex with him.

As a result of the rape, 13-year-old Amal was sentenced to a year in jail for prostitution. When she was released, her family refused to take her in. 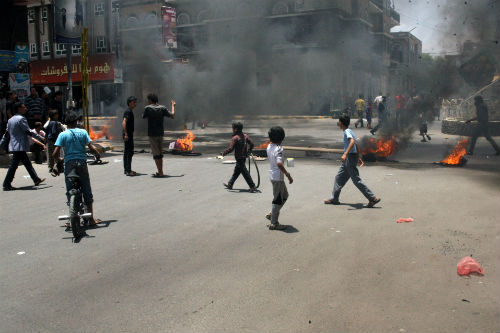 This 26 March marked the one-year anniversary of the nationwide conflict in Yemen. As civilian casualties mount, shellings become a seemingly endless daily routine and the limited legal institutions in place to protect women further disintegrate, already high rates of sexual and gender-based violence (GBV) are rising. However, through efforts by the UNFPA, its local partners and other advocates, awareness about GBV and services to help women who experience it are increasing as well.

Lack of legal protections for women

Before the crisis, 92 per cent of women in Yemen reported that violence against women commonly occurred in the home and 90 per cent that they had been sexually harassed on the street. Approximately 52 per cent of girls in the country were forced into marriage before age 18.

Since the conflict erupted, the rates of child marriage and instances of physical and psychological assault against women and girls have risen even higher, according to data gathered through the UNFPA-supported Gender-Based Violence Information Management System. But justice for these abuses remains rare.

In Yemen, women are legally allowed to appear in court to testify and/or press charges; however, their presence is highly stigmatized. In addition, according to Yemeni law, a woman’s testimony is worth only half that of a man’s and must be corroborated by a man. As a result, a woman – who, as in Amal’s and Aisha’s cases, is frequently the victim of the reported crime – is often prosecuted instead of the male perpetrator, and few women come forward to report rape and physical abuse.

“Dealing with rape cases is really difficult, and we face many challenges, such as when survivors report a rape, they are not believed,” says Najla Al-Lisani, director of the legal unit at the Yemeni Women’s Union (YWU), which is supported by UNFPA. “In such cases, it’s important to provide witnesses. There are also very few forensic doctors to deal with rape cases.”

Standing up for the rights of women and girls

In addition to supporting YWU and other organizations, UNFPA has established two shelters in Yemen where GBV survivors can receive legal, psychosocial and health services and access safe houses. Since the start of the conflict, UNFPA has supported approximately 6,000 GBV survivors and is working to strengthen the systems for monitoring GBV and linking women who report abuse to various forms of assistance. 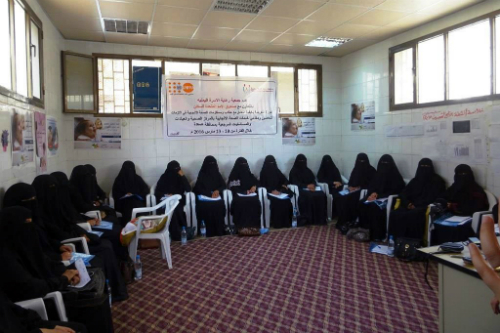 A group of Yemeni women attend a workshop on sexual and reproductive health and their rights. © UNFPA Yemen

Due to this work by UNFPA and partner organizations, the number of women reporting abuse and rape, while still extremely low, has been steadily increasing. In addition, Al-Lisani says that the police now often refer the women who come forward to YWU for legal assistance.

And Amal and Aisha are among those who have benefitted from this critical aid.

After a friend referred Aisha to a UNFPA-supported space, the legal team visited her in jail to hear her story. “We found a very skinny young woman who could not have wielded an axe, and we heard about the sexual abuse she lived with,” says Sameer*, a member of her legal team.

The team then successfully appealed to commute Aisha’s death sentence, though she still must serve 10 years in prison.

After Amal’s family cast her out, she moved into a UNFPA safe house. The program offered her trainings in livelihood skills, in addition to health services. Today, she is planning to open her own hair salon and, for the first time, has hope about her future.

* This name was changed to protect the person’s identity. 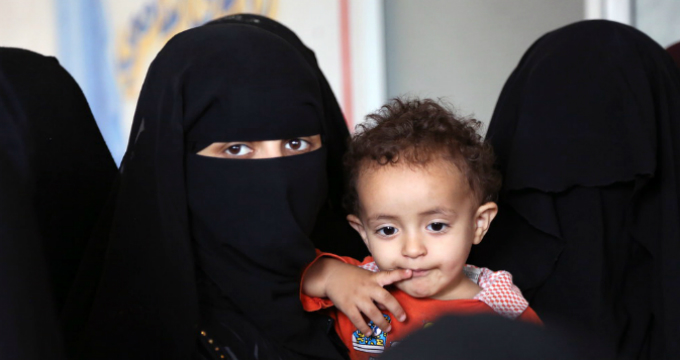