BARATUKU/KIRYADONGO, Uganda – Two brave, young South Sudanese refugees are defying expectations and speaking frankly about their decision to use family planning. After surviving conflict and enduring a perilous journey to Uganda, they are unwilling to allow social pressure to interfere with their families or their futures, they said.

“I would like to return to school and complete my education,” Mary Acon, 24, told UNFPA. “I will not conceive when I am not ready.”

Family planning is often discouraged in South Sudanese communities. Yet South Sudan has one of the highest maternal death rates in the world, as well as a high fertility rate – an average of 5 children per women – that increases the risk of life-threatening pregnancy complications.

Conditions for women deteriorated even further after violence erupted in South Sudan in December 2013. Over 600,000 people have since been forced to flee the country – including Ms. Acon’s family.

“I came to Uganda in January with my husband and breastfeeding six-month-old baby,” Ms. Acon said. Her son almost did not make it.

“During the journey, my son got very ill, and we had to find some medication for him. He was my first child, and I was worried that I would lose him.” 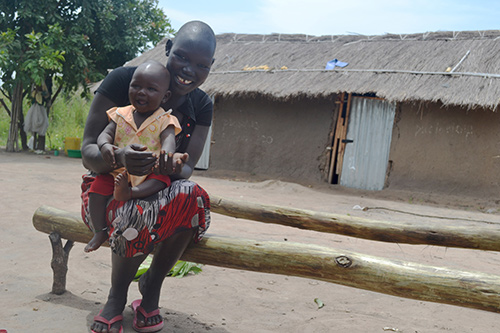 Family plannign is helping to preserve the health of women in the refugee settlements of Uganda. Despite cultural opposition, Mary Acan, 28, in Baratuku Camp (not related to Mary Acon) says she practices family planning. © UNFPA/Eveyln Kiapi

Fortunately, her son recovered, but illnesses were commonplace among the refugees. “When I arrived here, there were many ailments in the settlements,” Ms. Acon said in Baratuku, the northern refugee settlement where she lives.

She decided to become a clinical officer, a mid-level health worker trained to perform routine medical and surgical procedures. “I thought becoming a clinical officer would be one way to halt this situation and be able to help my people.”

To ensure she can pursue her studies, and to protect her health during the uncertainty of their displacement, Ms. Acon relies on family planning information and contraceptives provided by the Agency for Cooperation and Research in Development (ACORD), with support from UNFPA.

Family planning will also help her work after her studies are finished, allowing her to better provide for her family. “I come from a culture where family planning is not recommended,” she said. Still, “my husband is very supportive because he knows there are benefits.”

She added, “We cannot predict the future, so it is important that we plan wisely for it. And family planning can help us do that.”

Irene Ayo, living in the Kiryadongo refugee settlement in south-western Uganda, also uses family planning. She has seen first-hand how lack of access to contraceptives can hamper women’s and girls’ prospects.

“I am 20 years old, born in a very big family of 35 siblings,” Ms. Ayo told UNFPA. “My father had 18 wives, and my mother was the second to last one… Because we were a big family, we always lacked the basics in life, especially school needs… That is one of the reasons I decided to go on family planning.”

She initially encountered opposition. “At first I was discouraged by my friends, who said using contraceptives is not good for women as it could make one sterile,” she said, describing a common – but incorrect – belief about family planning.

But Ms. Ayo persisted. She received family planning counselling from social workers with the International Rescue Committee (IRC), whose work in Kiryadongo is supported by UNFPA. “They gave me different options,” she said, and chose a contraceptive method that best worked for her.

“I have completed my senior [term], and now I’m waiting to go to university while the girls who rejected family planning conceived, became teenager mothers and dropped out of school.”

Today, she works with IRC as a peer educator, promoting safe choices and healthy practices in her community – including family planning. “I encourage other girls and women to use it so as to plan their futures,” Ms. Ayo said. She also teaches people about preventing sexually transmitted infections (STIs). “I also use condoms, not just for family planning but as a way of protecting myself from STIs, including HIV/AIDS.”

She has big plans for the future. “I still want to continue with my studies,” she said. And later, “when the time is right, I will have children.” 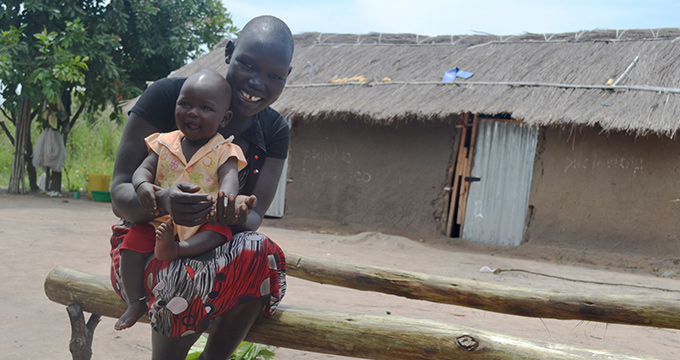