Displaced women in eastern Ethiopia stand up to pressure, stigma over family planning

UNITED NATIONS, New York/SOMALI REGION, Ethiopia – Trik Dulene knows all about bullying and coercion when it comes to a woman’s reproductive choices.

Although she and her husband agreed to use family planning after their two daughters were born, her in-laws demanded she give them more grandchildren. The pressure eventually broke apart her marriage: When her daughters were 12 and 15, her husband left them.

To make matters worse, in September 2017, Ms. Trik’s family was uprooted by a devastating drought and the intercommunal conflict that followed.

She sent her daughters to live with relatives, hoping to keep them safe and in school. She says she is content to be single for now, so she can focus on supporting her daughters. “I want to raise my children well,” she said.

Stepping up to make a difference

Around the world, more than 200 million women want to prevent pregnancy but do not have the information, access or agency needed to use reliable, modern contraceptives.

Leaders, organizations, and advocates are preparing to address these critical sexual and reproductive health and rights issues at a global summit in Nairobi this November.

But community members like Ms. Trik are being emboldened to make a difference, too.

At the Kologe II displacement camp, she counsels other women about family planning.

“I talk to women about delaying their pregnancies – at least until they get out of here and start earning their own incomes,” she told UNFPA.

The Somali Region of Ethiopia has extremely low rates of contraceptive use and very high fertility – with women having some seven children on average.

The region also hosts the largest number of displaced persons in the country. Access to voluntary family planning is particularly important for women in crisis settings, where the dangers of pregnancy and childbirth are exacerbated. At the height of the crisis in Ms. Trik's area, for instance, many displaced pregnant women lacked access to health facilities equipped to support safe delivery.

Despite this fact, women told Ms. Trik that they were scared to exercise their right to family planning.

“Fearing that their husbands would leave them for other women, they find it hard to accept [family planning], and they even cite my case as an example,” she explained.

Nurses in the area observed the same concerns.

“From time to time, some mothers come and ask me to have family planning methods without the knowledge of their husband,” Nurse Shure Sherif told UNFPA in an interview last summer. At the time, services were not available at the health post where he worked, so he referred the women to another facility.

Nurse Suleman Ahmed, from another nearby health centre, also noted a high demand for abortion among women living in the displacement camp – which was likely related to the unpopularity of family planning.

But things are slowly changing.

In January of 2018, with funding from Embassy of Japan and the Royal Danish Embassy, UNFPA began providing sexual and reproductive health services and support for survivors of gender-based violence in the crisis-affected areas of Somali.

Ms. Trik benefited from one such training programme. Today, she feels that she has been able to make a difference for women in her community.

“There are few who want to use family planning choices,” she said. 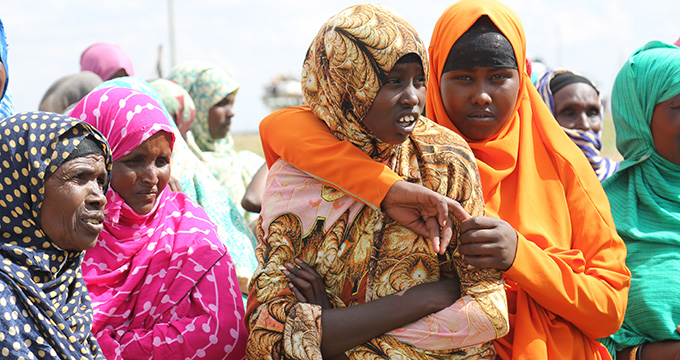 Displaced women in eastern Ethiopia stand up to pressure, stigma over family planning

Healing the Wounds of War in Bosnia and Herzegovina

Birth Amid Chaos in Gaza