Caring for the crisis-affected mothers of Quneitra, Syria

QUNEITRA, Syria – As the explosions of an aerial attack on Syria’s Quneitra governorate rained down around her, teenaged Batool struggled through her first childbirth, to twins – without access to a health care facility or guidance from a medical professional on how to care for her babies once they were born.

“I gave birth to my twins under the noise of heavy bombardment, with the fear that we might be displaced again at any time,” says Batool, now age 20, who had already been forced to flee one home in the region. “And then I struggled to breast feed my babies, but did not have enough money to buy them milk.”

Nine months later and still living in a Quneitra village, where most days she could look out and see the smoke from gun fire rising into the air, she became pregnant again.

But this time, a midwife – who was dispatched to perform outreach by the one health facility in the besieged region still equipped to provide comprehensive sexual and reproductive health services – found Batool and referred her to the hospital for care.

And the referral came just in time. Staff at the hospital, which is supported by UNFPA, discovered that due to complications, she would need a Caesarean-section. “I received my services free of charge, and on top of that, I left the hospital with [supplies to care for the baby], and had been taught how to breast feed my child,” says Batool, smiling.

But with health facilities across the region being forced to limit their services or shut down due to structural damage and loss of staff and resources, many women remain unable to access this critical care.

Pregnant and living in a conflict zone 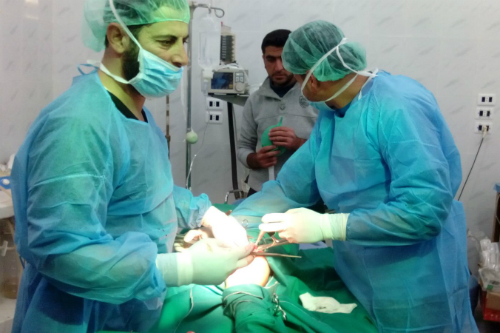 A team of doctors performs surgery at the UNFPA-supported hospital in Quneitra. Becase maternity care is hard to access, many patients at the clinic have developed complicated and dangerous sitautions by the time they arrive. © UNFPA/a UNFPA partner organization

The Quneitra governorate has been regularly under siege throughout the five-year Syrian conflict. Globally, pregnant women living in areas affected by, or prone to, conflict and natural disasters are much less likely to have access to sexual and reproductive health services and much more likely to experience trauma, violence, disease and malnutrition. As a result, 60 per cent of maternal deaths worldwide occur in these fragile settings.

“One thing often overlooked when a crisis strikes is a comprehensive and responsive approach to health,” says Daniel Baker, head of the UNFPA Jordan office and the Syrian regional humanitarian coordinator. “Access to sexual and reproductive health – including family planning and maternal health – for all Syrian women and young people is a human right and critical to saving lives. When sexual and reproductive health gets little attention, there are devastating consequences.”

Throughout Syria, where 13.5 million people displaced by the violence are living within its borders, the maternal mortality rate has increased by nearly 40 per cent since the fighting began.

UNFPA is working to combat this rising mortality rate by supporting quality sexual and reproductive health services across the conflict-ridden nation. The Fund has supported reproductive health services for nearly 414,000 people inside Syria – and for 47,000 refugees living outside its borders. In the first quarter of 2016, the UNFPA-supported hospital in Quneitra delivered over 600 babies and provided ante-natal services to nearly 1,300 women and girls.

The hospital has a staff of 41, and is fully supplied with all equipment needed to provide quality maternal care. Because this care is scarce and hard for women to access in the rest of the region, many of those who are able to make it to the facility have developed complicated and dangerous situations by the time they come through the doors. 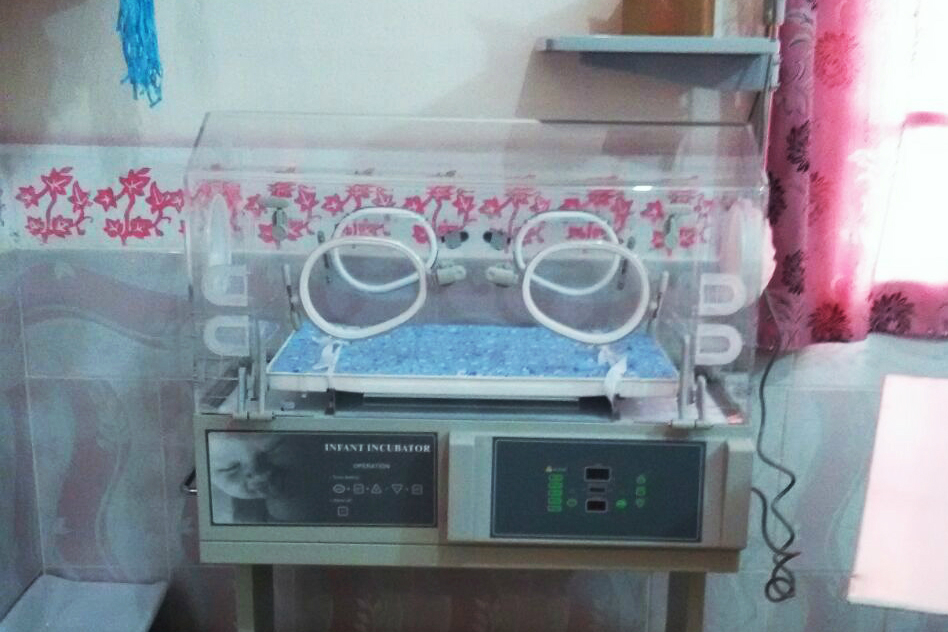 The hospital in Quneitra is the only facility in the region fully equipped with everything – including an incubator (above) – needed to provide comprehensive sexual and reproductive health care. © UNFPA/a UNFPA partner organization

Yara*, a 27-year-old mother, arrived at the hospital seven-months pregnant and bleeding heavily. She had already been transported between three health facilities that, due to their reduced capacity, could not help her. But after finally arriving in the Quneitra hospital, her baby was safely delivered through a C-section.

“I will never forget her smile and the tears in her eyes, thanking us for saving her life her and her baby’s life,” says Sama, a midwife working at the hospital. “It is a reward, and as a woman, I am proud to serve other women and listen to their stories. And I am proud to be part of this team that works day and night to provide reproductive health care to women in need.”