In China, women work to raise the status of girls

LILING, China – Not long ago, Wen Xiujuan was swept up in a romance. Against the wishes of her parents, she moved to the small village of Liling, 300 km from her hometown, to marry a young man named Yang Liu.

They lived happily with Mr. Liu’s parents, who hoped the couple would have a son. But when Ms. Wen had a baby girl, her parents-in-law were delighted. Her mother-in-law, Yan Xiurong, took loving care of the child.

Then, after a few years, Ms. Wen had a second daughter. That’s when things changed.

Mr. Liu’s parents saw their chance to have a grandson slipping away. They stopped providing childcare.

Ms. Wen was tormented with worries. “What if I give birth to a third daughter?” she recalled asking herself. “Must a girl be of lesser value than a boy? Is having a son my only hope for this family?”

Ms. Wen’s story has been repeated in many places across China, particularly in rural areas, where there remains a strong preference for sons.

Some couples will even terminate a pregnancy if the foetus is found to be a girl. Gender-biased sex selection is common enough to have skewed the balance of boys and girls born in China. According to 2015 data from the country’s National Bureau of Statistics, 113 boys are born for every 100 girls.

The problem is not restricted to China. Son preference and gender-biased sex selection exist in many countries around the world  –  globally, some 126 million women are believed to be “missing” as a result.

The issue is rooted in gender inequality.

Sons may be preferred in places where women earn less money than men, receive less respect, are unable to inherit property, or are expected to leave behind their birth families and surnames when they get married.

But Ms. Wen and Mr. Liu have resisted this trend. They know their daughters are every bit as valuable as sons.

Since 2016, UNFPA and the Government of China have worked in Huangmei County to address the root causes of son preference, supporting educational campaigns on gender equality.

One of these programmes teaches women how to start up their own business. Folded into the lessons about entrepreneurship are messages about gender equality and women’s empowerment.

Liling Village was the trial site for the programme, which Ms. Wen joined. “I wanted to spend more time with my children,” she explained. “I can have more flexible work hours when running my own business.”

The programme helped her start an agritainment business with her husband – the first of its kind on their village. Their farm, which offers fun activities for visitors, has been a success.

Ms. Wen soon became a role model in the area – not only for her professional accomplishments, but also because she spoke passionately about the value of women and girls.

After participating in the entrepreneurship programme, she began to take part in weekly meetings on sexual and reproductive health, and mobilized women to discuss and address gender discrimination.

These efforts are making a difference.

Ms. Wen and other women helped remove gender-discriminatory language from local regulations. By the end of 2018, 180 out of 479 villages in Huangmei had revised their rules. For example, in Tongzhai Village, brides are able to freely decide where to live. In Wanglie Village, daughters are now able to organize their parents’ funerals.

Other new rules encourage both sons and daughters to care for their elderly parents, entitle women to the same village membership as men, and encourage women to participate in public decision-making.

Sex ratios are becoming more balanced – though there is more work to be done to ensure girls and boys are equally valued. In Huangmei County, the number of boys born per 100 girls fell from 127 in 2015 to 113 in 2018, according to local statistics.

So far, more than 1,200 cadres in Huangmei have received training on gender equality. And similar joint programmes are being implemented in five other counties in Anhui, Hubei and Guangxi provinces.

Born to be equal

Change has come to Ms. Wen’s home life as well.

Her parents-in-law have embraced her messages. Ms. Yan, her mother-in-law, even became active in women’s affairs.

“Boys and girls are born to be equal and shall be treated the same,” Ms. Yan explained.

Turning to her daughter-in-law, she added, “I am really happy that you couple love and support each other and are doing a great job that makes a difference, which so many people admire. I will not force you in having a son but will support you more in taking care of your two girls.” 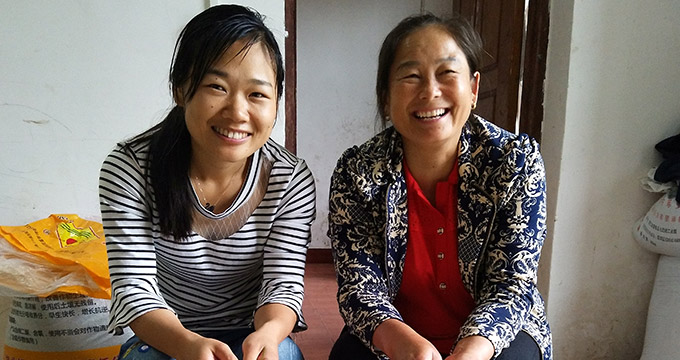 In China, women work to raise the status of girls 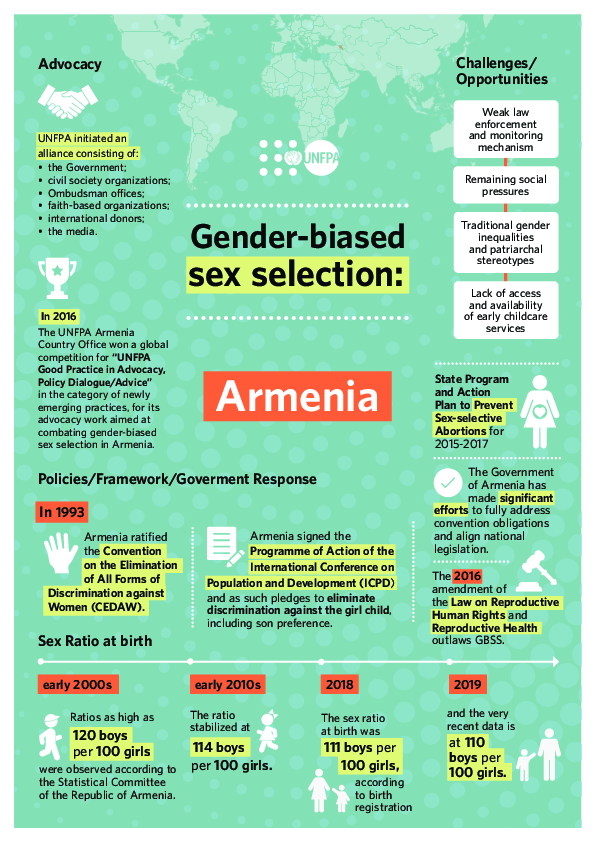