SULAYMANIYAH, Kurdistan Region of Iraq – “Come with me, we need to go to the bakery, my mother told me one morning. That day, I experienced fear, deception and excruciating pain. I was only seven,” Dania* explained recently, describing the day she underwent female genital mutilation in her home town, Sulaymaniyah, in northern Iraq.

“When we arrived at the bakery, my mom took me to the back room where there was an old stove,” she described. “I saw an old woman holding razor blades. I remember that old woman and my mom holding me down. Words cannot express the pain and confusion I felt. It took a few seconds and I saw blood coming down my thighs. The woman then put coal on my genitalia.”

Dania is now 53 years old. But, she says, "I remember everything… The smell, the pain, the screams and the blood coming down on my thighs."

Female genital mutilation is any procedure that alters or injures the female genitalia for non-medical reasons, and it is recognized internationally as a violation of the human rights. It can cause lasting physical and psychological consequences, including painful menstruation, infertility, infections and even, in some cases, death.

Female genital mutilation takes place in countries and communities around the world, including the Kurdistan region. Strong advocacy in recent years has made a difference, however. Estimates from 2015 showed that, among the mothers surveyed, 44.8 per cent reported undergoing the practice themselves, compared to 10.7 per cent of their daughters under age 14, being cut, with the average age of cutting being five years old.

Still, the practice continues to affect the health and lives of too many girls. In Iraq’s Kurdistan Region, it is deeply rooted in cultural beliefs and myths. For instance, many view cutting as essential to protecting the honour of their daughters, while others consider it a prerequisite for eventual marriage.

UNFPA is helping end female genital mutilation in region through campaigns that raise awareness of the adverse effects of the practice. These efforts engage the media, religious leaders and other influencers to change attitudes and perceptions among the local communities. It is also reaching out to parents, teachers, doctors and midwives to spread out behavioural change messages.

These campaigns are being carried out in collaboration with the Kurdistan High Council for Women’s Affairs, and with support from the European Regional Development and Protection Programme for Lebanon, Jordan and Iraq.

“To date, I don’t understand why I had to go through this experience,” said Dania. “My mother never justified her actions or felt the need to guide me through this painful process.”

She has since become a vocal advocate for ending all harmful practices. In this work, she not only calls for the end of these practices, but also calls attention to the rights of girls. It is not only the act of cutting that must change, she says, but the gender biases that drive it.

“Circumcision is not a religious act, nor a medical one. It is just a baseless cultural practice that aims at shaming women from a young age based on their sex. I will never do this to my daughter,” said Dania. “By performing genital mutilation and other harmful practices, we are robbing our daughters of their sexual and reproductive rights.” 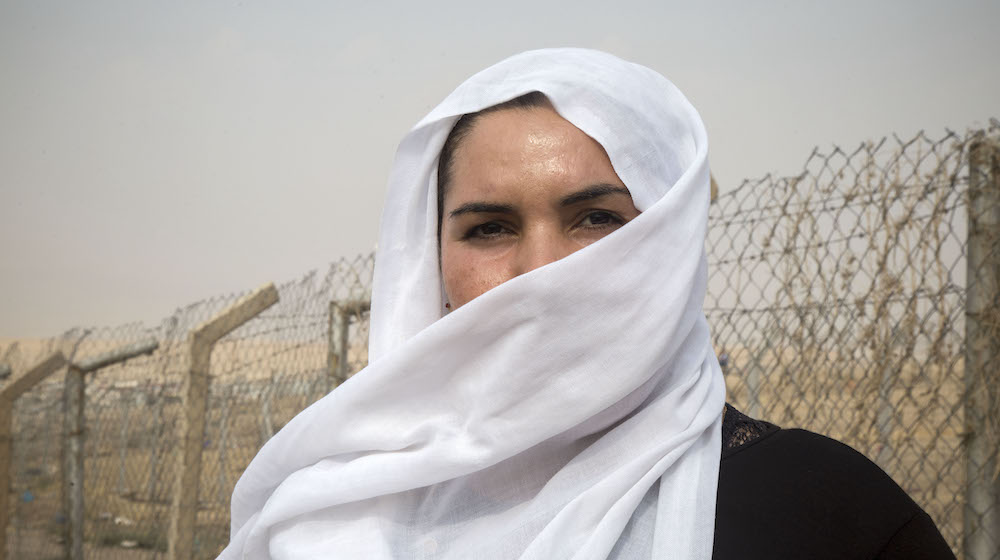