“Carmen Barroso is a widely respected leader on population questions and their solutions,” said UN Deputy Secretary-General Jan Eliasson at the event.

He added, "Access to safe prenatal and delivery services is essential to child survival, a sign of respect for every life. Since its establishment in 1996, the Foundation has been a strong supporter of the rights of women and newborns.” 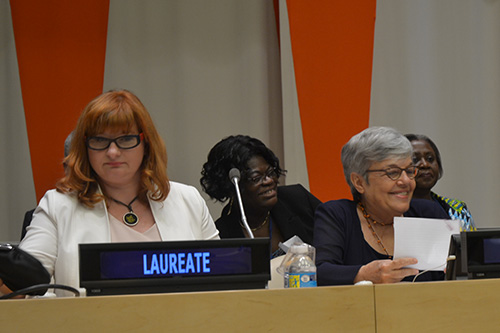 The UN Population Award 2016 laureates, Joanna Pietrusiewicz of the Childbirth with Dignity Foundation and Carmen Barroso, at the award ceremony. © UNFPA/Koye Adeboye

Ms. Barroso reflected on her lifelong devotion to ensuring the right of all people to access sexual and reproductive health care.

When she was a director at the MacArthur Foundation, for example, she helped bring the voices and experiences of women from developing countries to the 1994 International Conference on Population and Development, where access to sexual and reproductive health, including family planning, was recognized as an essential right.

“Putting sexual and reproductive health and rights at the heart of population and development policies” was a turning point, Ms. Barroso said in her acceptance speech. It helped to “unleash a cultural sea change, a new language, and new ways of thinking.” 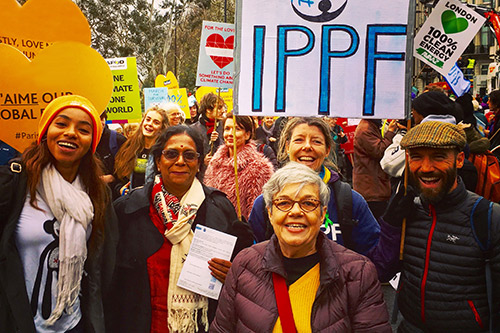 Ms. Barroso has been a lifelong advocate for women's sexual and reproductive health and rights. © Derli Barroso

She went on to serve as director of the International Planned Parenthood Federation-Western Hemisphere Region, where she advocated for increased access to reproductive health care, including contraceptives, for women and young people. She is currently a member of the Independent Accountability Panel on the Global Strategy on Women, Children and Adolescents Health, which was formed by the UN Secretary-General in February 2016.

Sexual and reproductive health is inextricable from human rights, Ms. Barroso emphasized in her statement.

“The women living in poverty in the periphery of Sao Paulo also taught me some key lessons that shaped my thinking and my career. They were the ones who taught me that access to contraception was vital for women of every social class,” Ms. Barroso said.

The UN also recognized the achievements of Childbirth with Dignity, a Polish organization that has steadily improved the rights of mothers over the last 20 years.

Childbirth used to be a cold and alienating experience in Poland. Women were not allowed to have their partner support them in the delivery room. They were subjected to mandatory episiotomies and given no choice in the use of pain medication. Babies were not kept with their mothers overnight, leading to low breastfeeding rates. Many described their experiences as humiliating or even traumatizing. 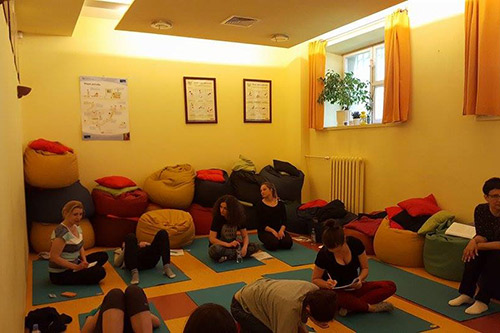 In 1994, the Childbirth with Dignity campaign was launched, calling for a change. “We organized a great media campaign to allow women to speak out and tell about what happens behind closed doors of delivery rooms,” said Joanna Pietrusiewicz. “It broke a taboo – the inhuman treatment of women in the labour wards and violation of their rights were brought to light.”

As a result of the campaign, the Polish Ministry of Health issued new guidelines outlining a woman’s right to choose where and how to give birth, to determine who accompanies them in the delivery room, and to be with her baby after giving birth.

The Childbirth with Dignity Foundation, created in 1996, now collects data on maternity care, monitors patients’ rights, and holds workshops for health-care professionals. It also advocates for women’s right to prenatal education, and supports midwives. And a website run by the organization provides pregnant women with information about the kinds of care they can expect at different medical facilities in Poland.

“We want every woman to give birth to her child in dignity, surrounded by respect and attentive and watchful care from the staff, with the support of people close to her at her side,” said Ms. Pietrusiewicz.