VIENNA, Austria — When Omar, an 18 year-old Moroccan college student, fell in love with his classmate Salma, he felt nervous about broaching the use of condoms with her. It was his first time having sexual relations and he feared that she might question his fidelity.

“I was afraid she would be angry if I suggested we use a condom,” he said. “I was afraid of losing her – so afraid that I thought of giving up the whole idea of using a condom.”

Omar sought advice from a trusted professor who explained that condoms were essential because they offered protection from HIV, sexually transmitted infections (STIs) and unintended pregnancy. That evening, he chose a moment when he and Salma were laughing together to take the condom out of his pocket. “What’s that?” she asked. “That’s so you won’t have to be nursing babies at 18,” he replied.

When young people are well informed of HIV risks and prevention strategies, they show positive behavioural changes to reduce their vulnerability to HIV and STIs. A new UNAIDS study shows that in 15 of the 25 countries most affected by AIDS, HIV prevalence among young people aged 15-24 declined by more than 25%. It also revealed that young people in 13 countries, including Cameroon, Ethiopia and Malawi, are waiting longer before they become sexually active. And condom use by young people during the last sex act increased in 13 countries.

Omar and Salma were able to access condoms when they needed them, but in too many countries male and female condoms remain out of reach for many people.

An estimated 10 billion condoms are needed every year to cover all risky sexual acts, but there is a massive global condom shortfall. In 2009, only 8 male condoms were available for every male of reproductive age in sub-Saharan Africa and only one female condom was available for every six women in that region.

dance4life is an international initiative set up to involve and empower young people all around the world to push back the spread of HIV and AIDS.

In a bold and innovative effort to draw attention to the urgent need to scale-up and destigmatize condom use, UNFPA teamed with The Condom Project, Durex and other partners to distribute one million condoms at the XVIII International AIDS Conference in Vienna (17-23 July, 2010). Male and female condoms were placed in delegates’ bags, in dispensers in corridors, given out on the subway and placed in bathrooms. The Vienna CONDOMIZE! Campaign also provided 15,000 T-shirts with the message “Love Smart, Play Safe” to conference participants. The striking and playful shirts came with two condoms in a plastic pocket on the left arm and space to write a personal slogan on the front. “Safety…Oh, what a feeling!”, “It just makes sense”, and “Share the love, not the virus”, were among the creative messages people penned.

“It’s not just about having a condom in hand,” said Franck DeRose, Executive Director of The Condom Project. “We need education. People need to know how to use condoms and feel comfortable talking about them.”

Banners made with red, yellow, orange, blue and white condoms designed by Guilin Latex adorned an educational booth in the AIDS Conference’s Global Village. Videos about correct and consistent condom use were shown and trained staff were on hand to demonstrate how to use female condoms, answer questions and teach people how to make condom pins. Two fashion shows with condom couture were featured and the week-long campaign culminated in a massive CONDOMIZE! party in the Global Village where NGOs from around the world gather to share their work.

The vast majority of low- and middle-income countries do not have a budget line for condom acquisition and instead rely heavily on development agencies for their condom supply.

“Development agencies are doing their best, but we need to do much more,” said Bidia Deperthes, HIV Technical Adviser for UNFPA, which is the largest public-sector procurer of male condoms and the second largest of female condoms. UNFPA, together with USAID and other donors, provided 2.7 billion male condoms in 2009.

“Demand for and access to male and female condoms must be accelerated at the national and international levels,” said Deperthes. “We hope that our efforts at the Vienna AIDS Conference have brought increased attention to this urgent need.”

“Why me?” – Stigma, lack of information leave Myanmar youth in the dark on HIV

Your rights: Information for women and young people with disabilities 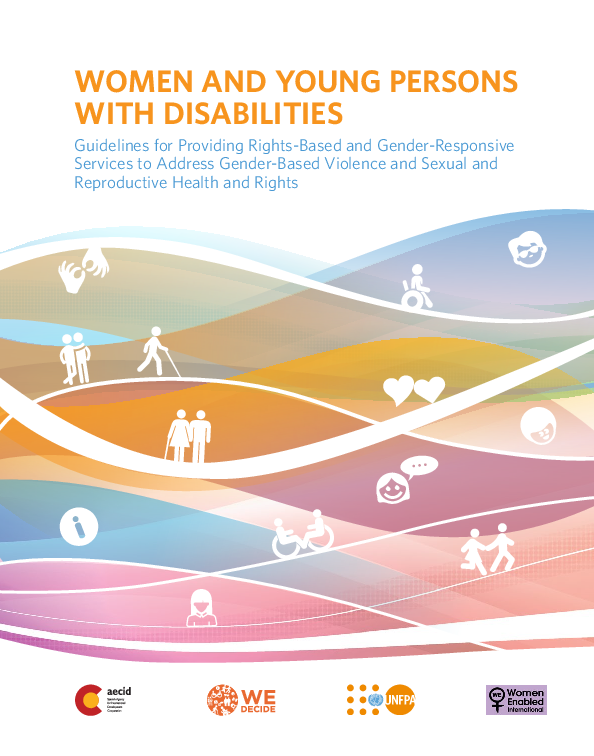 Women and Young Persons with Disabilities