UNITED NATIONS, New York – “I have met many women who have suffered tremendously during labour,” said Dr. Kenza Aden, a general practitioner in Djibouti. This is because most of her patients – like about 78 per cent of girls and women aged 15-49 in Djibouti – have undergone female genital mutilation (FGM).

“I’ve even seen women bleeding to death,” she continued. “And that’s why I’m scared of getting married and having children.”

Dr. Aden is herself a survivor of FGM – the practice of partially or totally removing the external female genitalia, or causing injury to female genital organs, for non-medical reasons. Practised around the world and affecting 200 million women and girls alive today, it is a manifestation of deeply entrenched gender inequality.

All women and girls have the right to the highest attainable standard of health. Those who are subjected to FGM have this fundamental right denied them, along with the range of other human rights that FGM violates.

The harm FGM causes to girls’ and women’s health is manifold.

1. FGM is a serious injury that can be deadly

When girls are cut, they face the immediate risk of haemorrhage, shock, serious injury, a range of infections – and even death, when haemorrhage or infection are especially severe.

Tanzanian human rights activist Rhobi Samwelly, who was cut at 13, describes bleeding so much that she passed out – for so long that everyone thought she would die.

“I was unconscious for three hours,” she recalled. “I heard a woman say, ‘I’m not sure her brain will wake up properly.’” The year before, Rhobi’s friend had bled to death after being subjected to FGM.

Infection and tetanus threaten girls’ lives when unsterile or rusty tools are used to cut their flesh – with the risk especially high when the same tool is used to cut multiple girls. 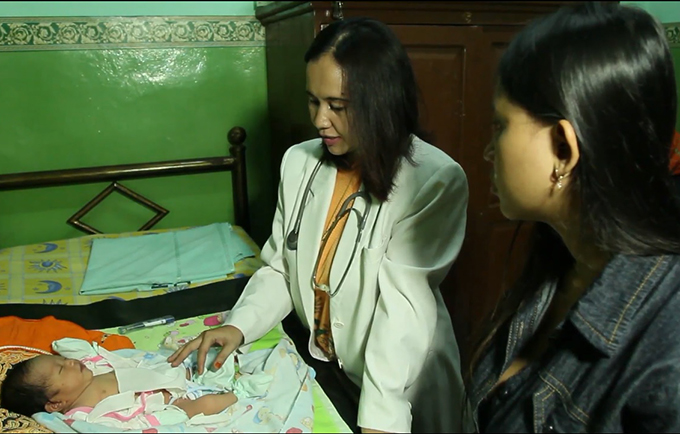 In Indonesia, where 49 per cent of girls under 14 have undergone FGM, medicalized FGM is offered as part of the standard package of care for newborn baby girls – even as midwives like this one may advise new parents of its negative health consequences. © UNFPA Indonesia

2. FGM performed by medical practitioners is never safe or beneficial

In some places, FGM may be performed by health care providers – community health workers, midwives, nurses or doctors. It may even be offered to new parents as part of a standard package of care for newborn girls.

UNFPA estimates that one in five girls subjected to FGM were cut by trained health care providers, and in some countries, it’s more than three in four. Medicalized FGM is most common in the Sudan, where midwives are the main practitioners, and Egypt, where it is usually performed by doctors. And in seven of eight countries where over 10 per cent of girls subjected to FGM are cut by health care providers, medicalization of FGM is increasing.

Medicalized FGM may or may not ensure a sterile environment or use of anaesthetic. That does not make it safe or beneficial for girls, however. It remains a grievous injury with a host of serious short- and long-term health risks – and no medical justification.

Trained health professionals who perform FGM are violating girls’ and women’s rights – and doing harm, in contravention to the fundamental principles of medical ethics.

Meanwhile, the authority, power and respect accorded to medical practitioners mean that medicalization may perpetuate this human rights violation by lending FGM a false sense of security or legitimacy.

3. FGM can cause a lifetime of serious health problems and pain

Girls and women who undergo FGM often experience long-term health consequences including scarring, cysts, abcesses and other tissue damage, infertility, and increased susceptibility to infections. They may experience difficulty and pain when they menstruate, urinate or have sexual intercourse.

Women who have undergone infibulation – where the labia are cut and sewn together to drastically narrow the vaginal opening – have to be cut open again to enable sexual intercourse and childbirth. And some who experience urinary retention, a common side effect of infibulation, have likened the excruciating pain they feel every time they urinate to the feeling of salt being rubbed into an open wound. 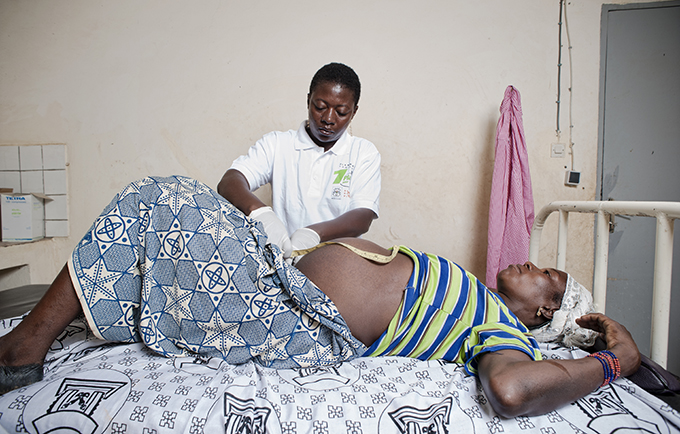 Dr. Adissa Banse, head of obstetrics at the CSPS Health and Social Promotion Centre in Moaga, Burkina Faso, conducts a prenatal consultation. Women who have undergone FGM face heightened risks of serious childbirth complications that can threaten the life of both mother and newborn. © UNFPA/Ollivier Girard

4. FGM can cause life-threatening childbirth complications

FGM can cause serious and even life-threatening complications during childbirth. Scar tissue may not stretch enough to accommodate a newborn, making delivery even more painful than is usual, and making it more likely that the woman will need a Caesarean section or other emergency interventions.

The risk of prolonged, obstructed labour is heightened for women who have undergone FGM. Without timely medical intervention, obstructed labour can cause debilitating obstetric fistula and also puts mother and baby at risk of dying. Women who experienced infibulation – whose scars had to be cut open to enable sexual intercourse, and now again for them to give birth – face the greatest risks of prolonged and obstructed labour.

Several of the countries with a high prevalence of FGM also have some of the highest maternal mortality rates in the world.

5. FGM can have lasting consequences for girls’ and women’s mental health

The psychological impact of FGM can be devastating and long-lasting.

Girls may feel deeply betrayed by the parents who insisted they be subjected to FGM. “I felt so much bitterness against my mother,” said Dr. Aden, recalling her experience of being cut at age 6. “No one told me anything. … I felt betrayed.”

In young children, that loss of trust and confidence can lead to behavioural problems alongside the psychological pain. As girls grow up and marry, the sexual dysfunction caused by FGM may put stress on their marriages.

And over the long term, FGM can leave serious psychological scars. Girls and women who experienced it may suffer anxiety, depression, memory loss, sleep disorders and post-traumatic stress disorder (PTSD).

“I am now a dead person,” said Malika, a young mother from Ethiopia's Afar region, after recounting the pain and trauma she suffered when she was cut, on her wedding night, and again when she gave birth.

Malika’s experience led her to decide not to subject her own daughter to FGM. But across the word, a projected 68 million other girls could experience FGM between 2015 and 2030.

This November, the global community will convene at the Nairobi Summit on ICPD25 to accelerate efforts to drive sustainable development forward by advancing sexual and reproductive health and rights, gender equality and women’s empowerment.

Ending FGM and other harmful practices that undermine the health and rights of women and girls is at the heart of this agenda.

Meanwhile, the UNFPA-UNICEF Joint Programme on the Elimination of FGM is working in 17 high-prevalence countries to accelerate action to eliminate the practice, through a holistic approach combining protection and care services, advocacy and community engagement to change the social norms that perpetuate FGM.

And 68 million girls depend on that accelerated action to maintain their physical integrity, safeguard their health and uphold their human rights.