The Youth Leadership School for young people of African descent in the Latin America and Caribbean region seeks to strengthen young people’s technical and entrepreneurial skills by empowering them through targeted skill training and encouraging entrepreneurship by building an enabling environment. Ms. Patricia Da Silva and Ms. Cecilia Maurente are the programme advisors. They work alongside Ms. Sabrina Shumi as the monitoring specialist and Ms. Katherine Rivera-McKinley as coordinator for the project.

“The Initiative for Young People of African Descent started from the need for us to address leaving no one behind by focusing on those who are furthest behind,” Ms. Da Silva said. “In many areas of our work, we have made some progress, but for many historically marginalized groups like women and girls as well as ethnic/racial minorities inequalities continue to mark their daily lives.”

The Latin America and Caribbean region is home to the largest population of African descendants, with 134 million people identifying as people of African descent. It is also one of the most socially and economically unequal environments, where internal social and economic inequalities faced by racial and ethnic minorities are systemic and persistent.

“The goal with the Youth Leadership School was to help create a world where every young person’s potential is fulfilled,” added Ms. Shumi. “There are a lot of structural inequalities. There's a lot of persistent poverty and a lack of data including ethnic and racial indicators that can support the adoption of targeted policies and programmes to address those inequalities”

The idea is to undergo a listening phase with young people to research the issues facing young people of African descent and then define and implement innovative strategies that decrease inequalities. The project hopes to harness the dynamism of young people and support their ideas; it is co-creation.

UNFPA knows that young people need to be supported with the tools and skills to become economically stable and be empowered to support the development of their communities. Their economic impact is directly linked to their ability to build social impact and contribute to the long-term well-being of their communities, in particular for women and girls and other young people.

“We are planning for skill development in entrepreneurship,” Ms. Maurente explained. “Young people are a catalyst for change. They have the energy, they have the will to contribute for their communities and for society.”

The structural barriers to accessing education and employment that young people of African descent face in the region are intensified with the digital divide that excludes people who lack access to the digital community. “The system is there for young people to access technology, but young people of African descent face barriers to access it,” said Ms. Rivera-McKinley. “It is important that we play a role in supporting them in decreasing those barriers for access to services, but also to economic and development opportunities by facilitating linkages with relevant partners ”

One of the original strategies the initiative used with “La Escuelita” was to advocate for increasing an overall understanding of rights. The courses supported young Afro-descendant leaders in the region, strengthening their skills in leadership, human rights, and effective strategies for participation and political advocacy to advance in the fulfillment of international and regional commitments on population and development.

The team said the discussion about rights helps young people effectively advocate to ensure policies are in place that guarantee access to education, health — including sexual and reproductive health — and employment opportunities. “It is a point of departure for them to increase their advocacy skills around human rights and development for people of African descent,” Ms. Da Silva said.

Consultations with young people have already underscored the need to connect education to specific financing, management and business skills building and opportunities for employment.

Among the ideas being developed are a "social-business" incubator, a prototype “Human Library” story project and a “Master Class” series to create engaging forums and formats to share and learn. “The paradigm shift of this initiative is a change in the underlying principles on which these ideas were originally created and have a larger social impact,” Ms. Maurente said. “The project will be guided by young people and it will evolve with their ideas.”

Over the next six months, the technical team l will create a prototype and test it. “It is a new product creation so we are also learning and moving as we're doing it,” Ms. Shumi explained. “We have already had to adapt a lot.”

Ms. Da Silva said the process of exploring these ideas and designing new projects to reach this key population will increase the overall knowledge base in this area. “At the end of this, we will have learned important lessons that contribute to the increase of technical skills or interpersonal skills that the young people identified as needed and that we facilitated.”

They do not expect everything to be smooth but she feels it is an opportunity for UNFPA as an organization to know what is possible. “We can learn about the level of risk we need to take and be comfortable with to have the impact that we want,” Ms. Maurente added. “There is value in the process that leads to those objectives.”

“We are changing the principles of existing ideas. We are adapting them into something new with different objectives and bringing them to a community that has not had that opportunity before,, we are being socially innovative.”

Ms. Shumi said  the project is guided by a core commitment to social innovation.  “Social innovation is not necessarily creating something that was never there. It is also finding creative ways to bring things that create social value into new places, particularly marginalized communities.”

Ms. Da Silva emphasized that the project is about facilitating access for young people of African descent to opportunities to thrive.says. “It is about creating the pathways for taking opportunities that exist in other parts of the world. I really like the way the UN Secretary-General puts it: Innovation is not just about the most sophisticated technologies, sometimes it is the simplest of things.”

Afrodescendants and the matrix of social inequality in Latin America: Challenges for inclusion

Afrodescendants and the matrix of social inequality in Latin America: challenges for inclusion. Summary

Afrodescendent women in Latin America and the Caribbean: Debts of equality 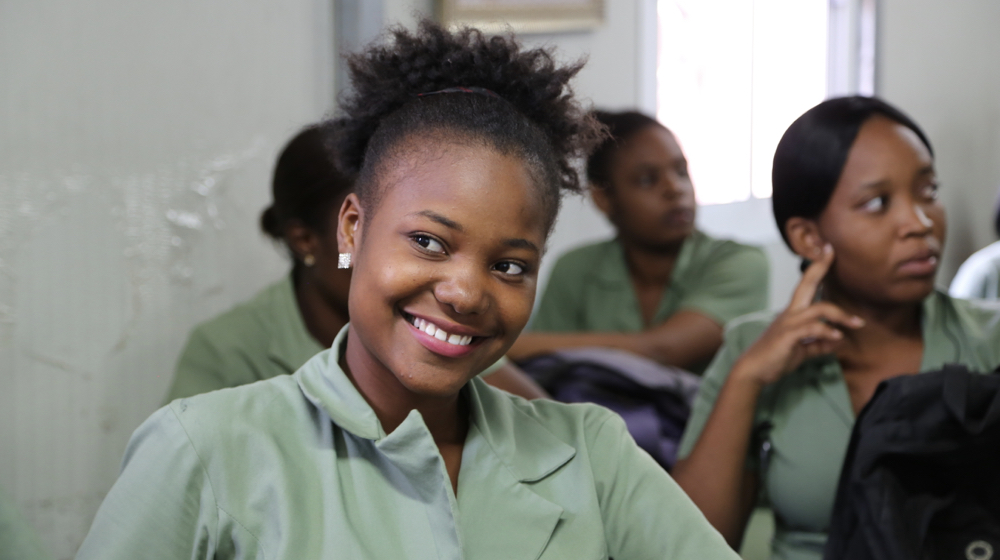 Ensuring Human Rights in Burkina Faso, one baby at time

Statistics and story: how data is shaping a clearer picture of intimate partner…