A survivor-centred approach is essential to meeting the needs of women and girls, staff at the Hammam Al-Aleel camp women’s centre told a visiting European delegation this week.

The camps residents are primarily displaced people from Mosul, who endured years of armed attacks and occupation in the conflict between government forces and the Islamic State of Iraq and the Levant (ISIL, also known as ISIS).

The women’s centre, supported by UNFPA, provides sensitive and confidential case management for survivors, including providing psychosocial support, follow-up and referrals to further care, such as health services.

“Although Iraq has been announced as moving to the recovery phase, women and girls are still suffering from the consequences of conflict and are in dire need of emergency maternal health services, psychological support and protection against gender-based violence,” said Himyar Abdulmoghni, UNFPA’s deputy representative in Iraq.

The European Union has been a strategic partner of UNFPA in Iraq since 2015, contributing some €21 million to support reproductive health and gender-based violence interventions. The delegation’s mission was part of efforts to assess the continued humanitarian needs of the population.

As of 1 February 2019, UNFPA had only received 29 per cent of the $22 million required for its 2019 humanitarian interventions in the country. These efforts are needed to reach 700,000 individuals with reproductive health services and 400,000 persons with responses to gender-based violence. 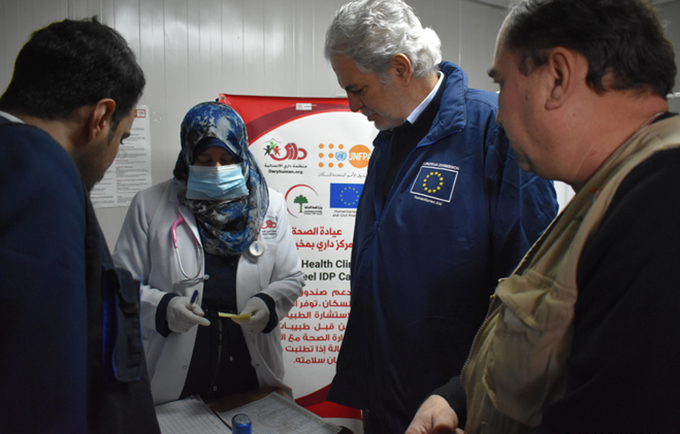