As of December 2022, nearly 7.9 million Ukrainians have fled their country in search of shelter in other parts of Europe. Most are women, who face particular risks when fleeing conflict and in transit, asdisplacement brings increased vulnerability to violence, sexual abuse and exploitation. Last November, the first snow of the season fell just a few days after Russian attacks on energy infrastructure, which caused widespread blackouts and disruption of heating and water and left millions without power.

"Access to sexual and reproductive health services has been severely hindered by the war and the destruction of medical facilities and infrastructure," said UNFPA Representative in Ukraine, Jaime Nadal. "Health authorities and workers are doing their best to keep up with the situation, but they often lack the supplies and equipment that can make the difference between life and death for women and girls,” he explained.

"France reiterates its confidence in UNFPA's work with the most vulnerable,” said Nathalie Broadhurst, Deputy Permanent Representative of the French Mission in New York. “Its action in Ukraine is critical to save lives and meet the humanitarian needs of women and girls.”

As of December 2022, a total of 118 tonnes of reproductive health, medical and hygiene supplies have been distributed to facilities in areas affected by the war.

“Our work is to ensure that women can give birth in the safest possible conditions,” said Jaime Nadal. “This work is being done thanks to the support provided by donors who, like the French Government, put the needs of women and girls at the forefront of their priorities for humanitarian assistance to Ukraine."

On December 13, France hosted an international conference, “In Solidarity with the Ukrainian People”, bringing together partners, donors and UN agencies in Paris to provide the immediate support that the people of Ukraine urgently need to get through a bitingly cold winter. The new contribution from France to UNFPA followed commitments made during this conference.

In 2023, UNFPA is appealing for $99 million for its Ukraine and Refugee Response Crisis Appeal to respond to women’s and girls’ escalating needs. 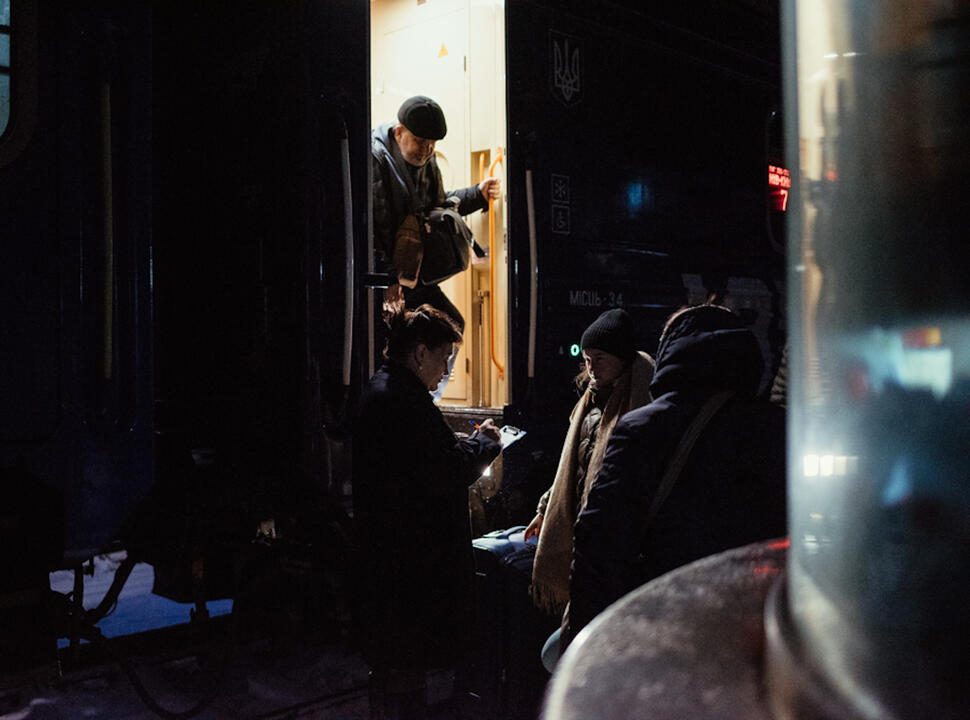