On April 15, 2019 UNFPA organized the 15th Salas Memorial Lecture at the Economic and Social Council Chamber of the United Nations Headquarters. This year’s guest speaker was the Swedish Minister for Foreign Affairs, Her Excellency Ms. Margot Wallström.

Ms. Momin, selected by UNFPA’s Executive Office among a group of student nominees submitted to TransformU, spoke of her experiences as a registered nurse in maternal-neonatal health and gave insights to how youth are shaping the world to eliminate gender-based discrimination.

"I believe youth fight discriminatory gender roles every day by refusing to be passive bystanders on social media" said Ms. Momin, "by challenging harmful practices which have unfortunately become a norm in some parts of the world and by openly accepting the diversity brought on by different gender identities as a strength in society rather than a stigma to be rejected."

Taking place on the same day as UNFPA's 50th anniversary commemoration, this event sought to honour the memory of UNFPA’s first Executive Director and the important contributions he made.

About the 15th Salas Memorial Lecture

30 Apr 2019 - The lecture series was initiated in 1989 as a tribute to Mr. Rafael M. Salas, who served as the Executive Director of UNFPA from its creation in 1969 until his untimely death in 1987. Under his leadership, UNFPA grew into the world’s largest provider of multilateral population assistance. The Rafael M. Salas Memorial Trust Fund was established in 1987 in recognition of the critical role Mr. Salas played in developing a global awareness and consensus about the importance of population in relation to social and economic development. 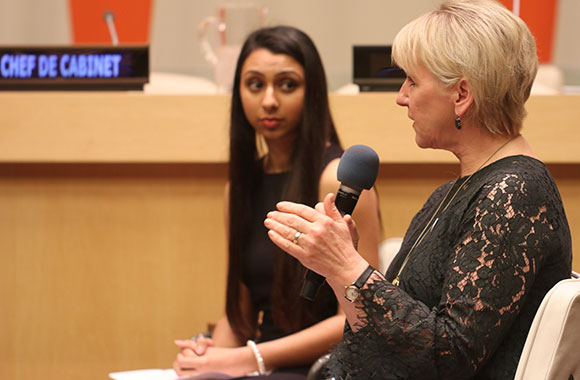