The events in Syria since March 2011 have resulted in significant humanitarian needs. Compared with the initial 2013 Syria Humanitarian Assistance Response Plan (SHARP), launched in December 2012, the crisis has further intensified and expanded into most parts of the country. Civilians across the country are bearing the brunt of the on-going violence with rising numbers of people killed, injured, displaced or otherwise affected in their living conditions. The deterioration of the humanitarian situation combined with the need to extend the timeframe of the humanitarian response until December 2013 has necessitated the present revision. 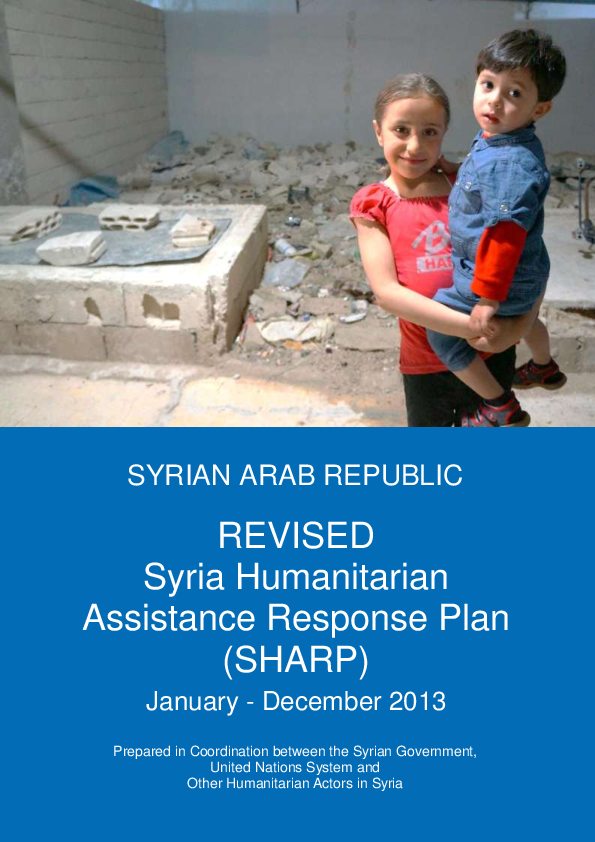