Somalia: Funding for gender equality and the empowerment of women and girls in humanitarian programming

Life for women and girls in Somalia is challenging. Somalia ranks fourth-lowest for gender equality globally, maternal and infant mortality rates are some of the highest in the world, and early marriage is prevalent. An estimated 91 per cent of women aged 15 to 19 have undergone female genital mutilation, which has both short-term and long-term physiological, sexual and psychological repercussions. Gender-based violence is pervasive, dominated by physical assault and intimate partner violence.

This case study reviews the current context for funding for Gender Equality and Empowerment of Women and Girls in Somalia, including the levels of funding requested, funding received, and the consequences of the funding gap. 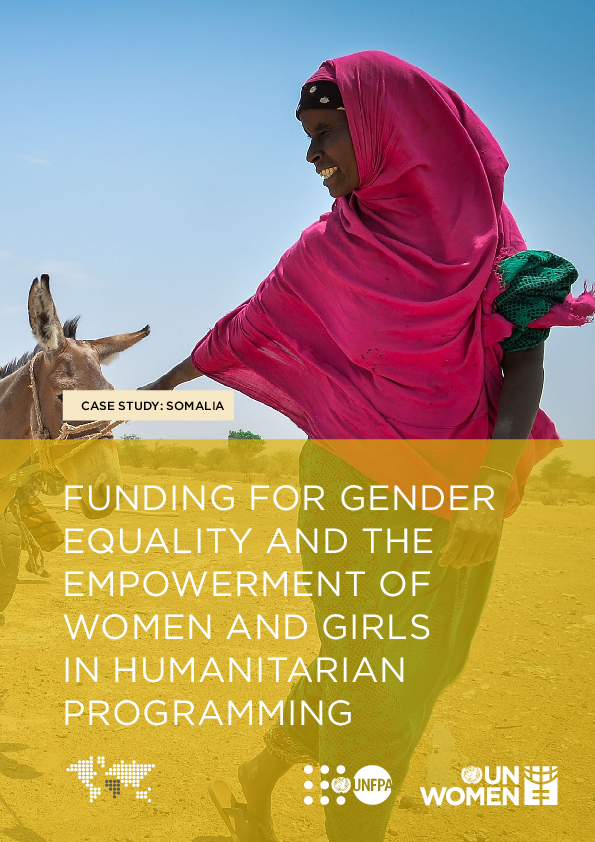 Somalia: Funding for gender equality and the empowerment of women and girls in humanitarian programming