EN
NEW DELHI: Fears on the rampant use of pre-natal sex determination technology in rural areas have been confirmed with census data indicating that child sex ratio (CSR) fell far more sharply in villages than in urban areas in the last decade. According to provision data on population, though the urban CSR is far worse than that in rural areas, the fall in CSR in rural areas is around four times than that in urban areas. Rural India still has a better CSR (ratio of girls to boys under the age of six years) of 919 than
urban India's 902. However, between 2001 and 2011, rural India's CSR fell by 15 points as opposed to urban India's four-point decline, and the gap between the two has narrowed. Haryana has both the worst urban and rural CSRs. Nagaland has the best urban CSR, while in rural areas, the Andaman and Nicobar has the best, indicating yet again that tribal communities have a more egalitarian attitude to girls than other communities. The data also highlights that growth rate of population in empowered action group states, including Chhattisgarh, Bihar, Rajashan and Madhya Pradesh, is nearly three times more than rural areas in non-EAG states like Punjab, Kerala, Tamil Nadu. The growth rate in EAG states in rural areas is 18.7% as compared to 5.7% in non-EAG states. 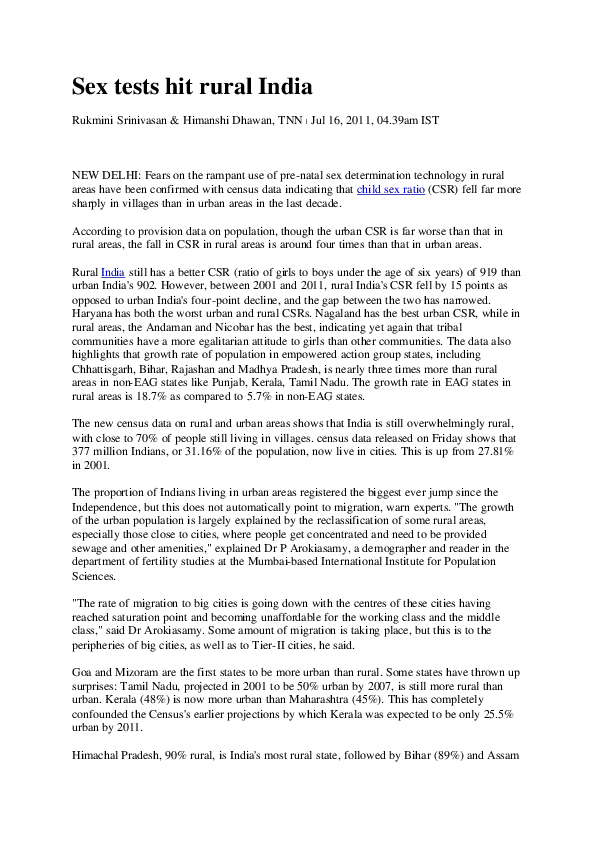