Millions of Syrians have been forcibly displaced internally or into the surrounding region as a result of persecution and conflict, as well as human rights violations. They have been condemned to a life of misery in the worst-ever displacement crisis since World War II. The world commemorated World Refugee Day on June 20, shedding light on the scale of Syria’s protracted conflict that is expanding geographically and showing no signs of abating.

The Syrian conflict is taking on dramatic proportions. Due to the interlinked crises in Syria and Iraq, as many as 14 million people have been forced out of their homes, their families ripped apart and forced to flee in search of safety and protection. Five million displaced women are in dire need of lifesaving assistance. The hope of returning to their homes is dwindling among Syrian families. But even though they are exhausting their resources, struggling to find employment, and facing difficulties with the high cost of living in the region, they are determined to survive and rebuild their lives. Host countries that are struggling to provide basic needs to their own citizens continue to receive refugees. Humanitarian agencies are trying to carry on and sustain their life-saving interventions in spite of funding shortfalls. 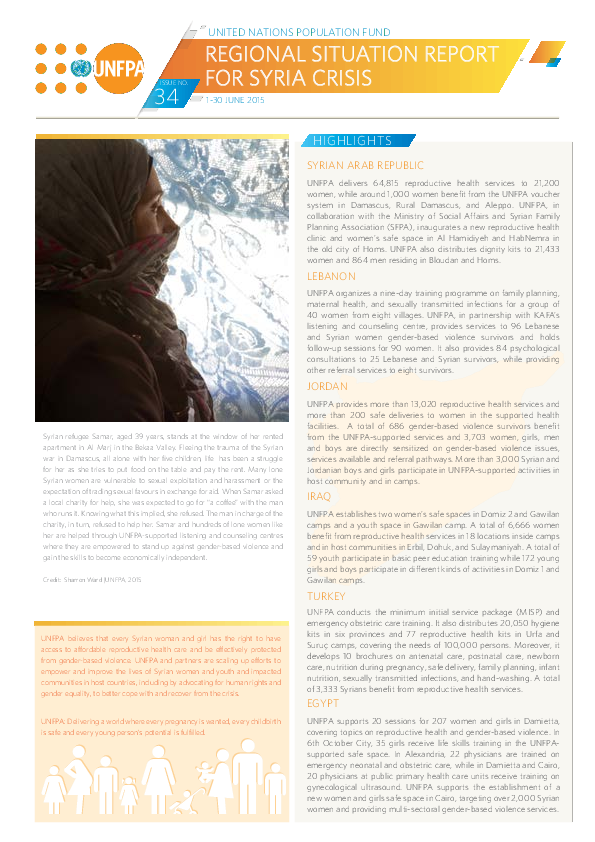