The crises in Syria and Iraq have caused a flood of movement that continue to destabilize neighboring countries and pose a threat to regional stability and to countries around the world. More than 13 million people are in need of urgent humanitarian interventions, among this total 25 per cent are women and girls of reproductive age – 7.6 million displaced within Syria and 3.2 million Syrian refugees abroad. In Iraq, 2 million have been displaced this year by tribal fighting and the advance of the Islamic State.

Absorbing refugees from Syria and Iraq has strained neighboring Jordan and Lebanon to the breaking point. In Lebanon, for example, the country has welcomed 1.8 million refugees into a native population of 4.5 million.

Women and girls have become the most vulnerable group affected by the crisis, facing severe human rights abuses, violations and humiliations. They are subjected to sexual and gender-based violence, coerced into early marriages, overwhelmed by economic strife, and psychologically scarred by loss. 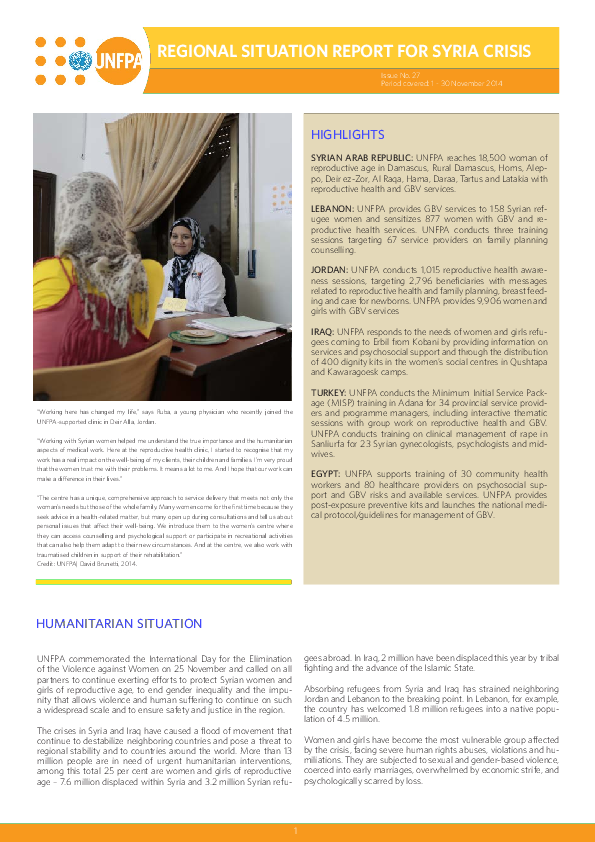