Gender-biased sex selection has emerged since the early 1990s as a widespread practice in parts of the Eastern Europe and Central Asia (EECA) region and now constitutes a significant challenge to the countries affected. The preference of many parents for sons, combined with the use of modern technologies and declining fertility, has skewed the normal ratio between male and female births in several countries, mostly in the South Caucasus and parts of South-East Europe. As a result, an estimated 171,000 girls are already ‘missing’ in the region, and there has been a growing surplus of men.

Research conducted in the region suggests that gender-biased sex selection occurs in a diverse range of countries that have three elements in common: a strong preference for male offspring, declining fertility rates, and access to modern ultrasound technologies. The practice has far-reaching negative consequences, as it endangers the health and rights of women and girls, perpetuates a culture of gender inequality, and jeopardises sustainable social development and stability. A number of policy options are available for governments to prevent and combat gender-biased sex selection. 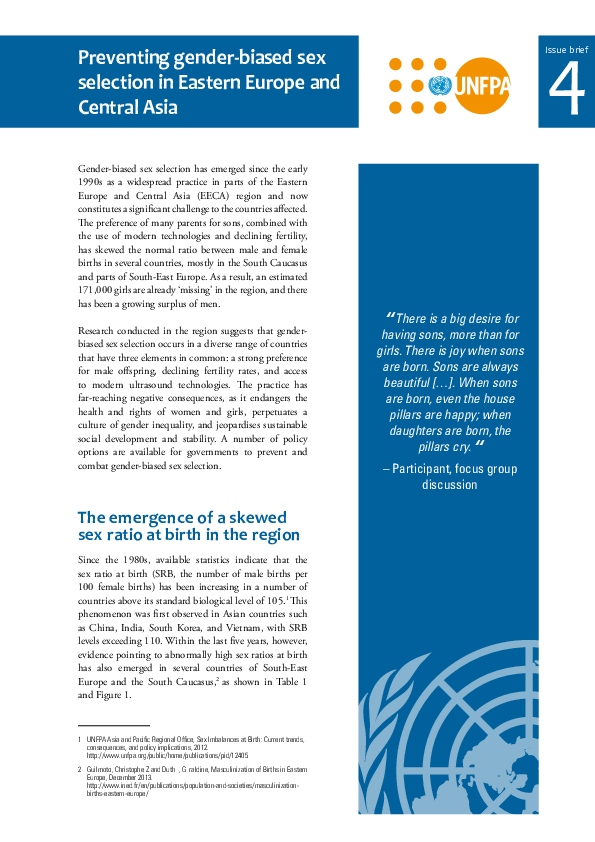